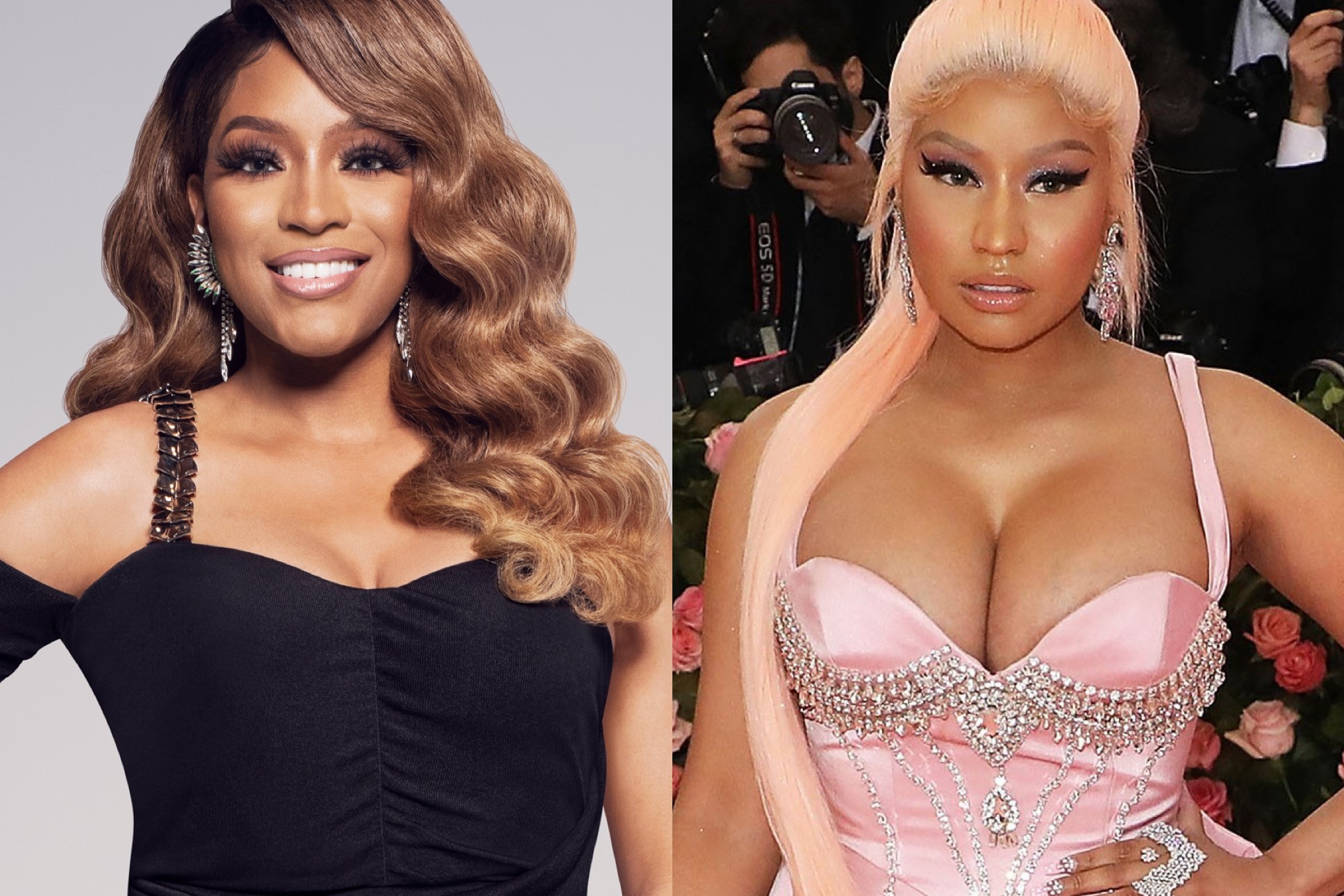 This is interesting considering Minaj doesn’t exactly look how she did years ago either.

An audition allegedly became an embarrassing experience for actress Drew Sidora. Back in 2013, Drew starred in the VH1 film CrazySexyCool: The TLC Story as T-Boz, and two years after the biopic aired, she welcomed a baby into the world and was still grinding out auditions. In 2015, she met Nicki Minaj while up for a role, but it wasn’t what she expected. The newest member of the Real Housewives of Atlanta sat down with Kandi Burrus’s Speak On It series and during the talk, she described what that moment with Mrs. Petty was like.

“I’ve been rehabbing my Achilles to get myself back into a position to work again,” said Drew of what she’s currently doing outside of reality TV. “Outside of that, just losing weight. TV and film adds a good fifteen pounds. And I have gone in for roles and I have been told, ‘Girl, you don’t look how you looked in TLC.’ I’m like…” Kandi couldn’t believe that someone said that to Drew’s face, so the actress looked to someone off-camera and asked if she could give details on her experience.

“So, I was up for an ABC family series, a Nicki Minaj pilot,” explained Drew. “And Nicki herself said that. She said I don’t look how I looked when I played T-Boz. I was like, ‘Nicki!’ It was like, all these ABC execs around but I had gone through about five rounds. And she really, really liked me. This was in person. And then she said that in front of all of these [executives]. It is was it is. I was like, look, I just had a baby.’

Drew Siddora further explained that her newborn was only three-months-old at the time and she was still breast-feeding. “What I took away was, girl, get your life together. Get back in the gym. Can’t keep blaming it on the baby. Get to work… Yes, I had a baby, let’s not body shame, but it did give me that motivation.” The actress chose to see it as “constructive criticism” and “advice” to get back into shape.

Ultimately, Drew didn’t get the role and the project has yet to be updated. Check out Drew’s interview with Kandi Burruss’s Speak On It below. Yikes. Thoughts?