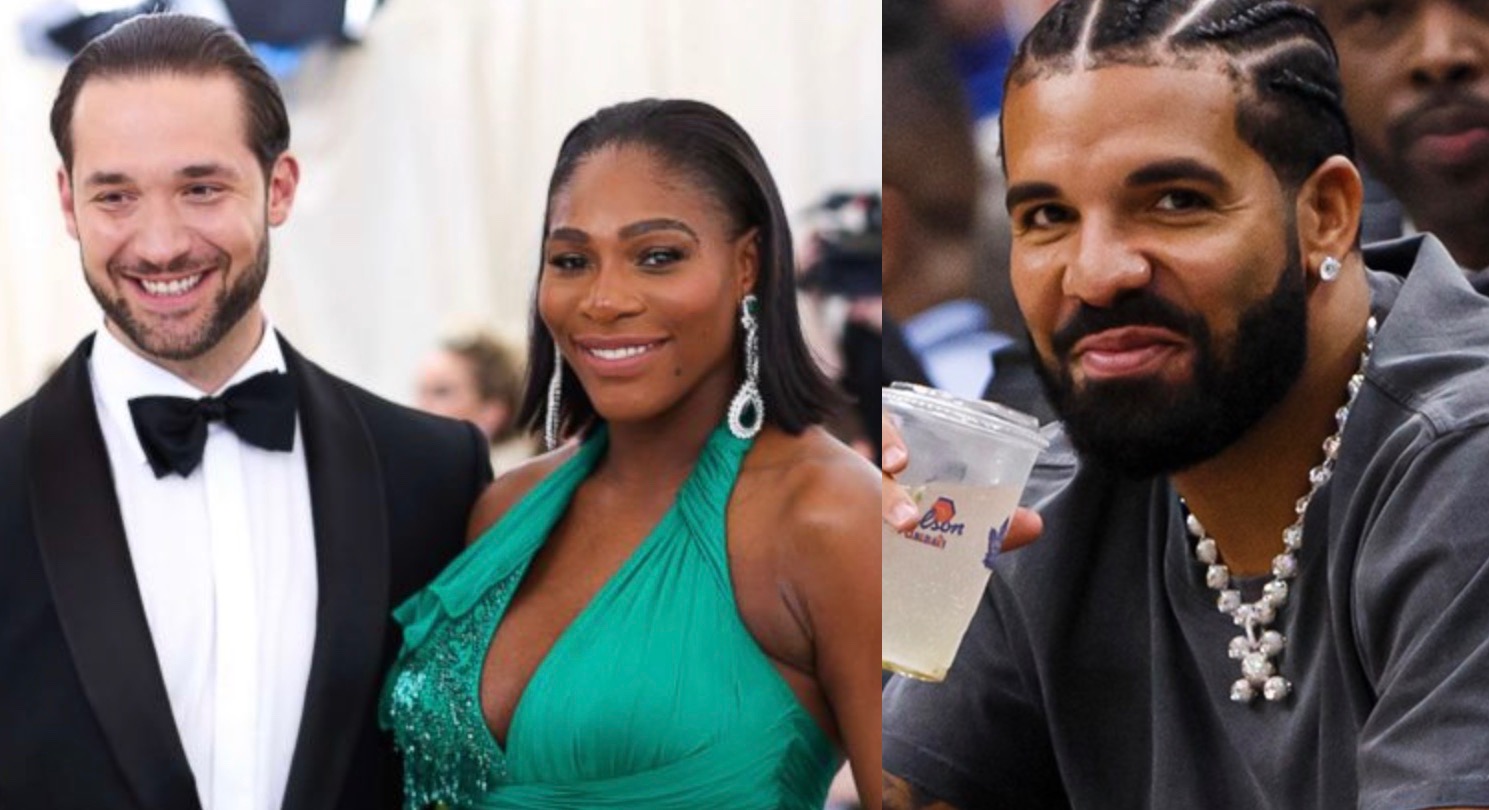 Apparently, Drake was feeling extra sassy on this particular project and decided to let off quite a few things he’d been holding in his spirit… but sir, who the hell does Serena Williams bother?

If you’re anywhere near the internet today then you have front-row seats to the controversies sparked by Her Loss. Drake and 21 Savage’s joint project was one of the most anticipated New Music Friday releases, and as expected, it has taken social media by storm. Fans immediately began dissecting each track bar by bar, and a few mentions from Drake caused a firestorm.

Most of the drama kicked off when the Canadian loverboy seemingly took verbal aim at Megan Thee Stallion when he suggested she lied about the Tory Lanez shooting (see previous story), and his inclusion about Serena Williams rubbed some the wrong way, as well.

On the track “Middle of the Ocean,” Drake raps:

“I swear you don’t even mean what y’all say like y’all dubbin’ a movie
Sidebar, Serena, your husband a groupie
He claim we don’t got a problem but
No, boo, it is like you comin’ for sushi”

Serena Williams was once romantically linked to Drake several years ago, but these days, she’s happily married to Alexis Ohanian. The tennis champ wed Reddit’s co-founder in 2017 and they share a daughter, Olympia. It is unclear why the rapper called Serena’s husband a “groupie,” but the bar didn’t bode over well online. Drake’s fans swarmed to his defense as they argued anything is up for grabs when it comes to lyricism, but others weren’t impressed with what they viewed as negativity being hurled toward the rather unproblematic Ohanian family, seemingly for no reason.

After this controversy went viral, Alexis appeared on Twitter with a response to the insult. “The reason I stay winning is because I’m relentless about being the absolute best at whatever I do—including being the best groupie for my wife & daughter,” he wrote.

The reaction has only pushed this conversation forward as Drake has become the latest target of internet critics. Take a listen for yourself below along with a few reactions and let us know your thoughts. What the hell is Drake’s problem these days?

The reason I stay winning is because I'm relentless about being the absolute best at whatever I do — including being the best groupie for my wife & daughter. pic.twitter.com/oaEKuRWFnj

Yet Drake got bars for Megan and Serena's husband???

drake STILL writing abt serena after she got married and had a child, and calling her husband a GROUPIE when he was sitting at every match of hers like a cheerleader who never even got claimed publicly is truly comical pic.twitter.com/0wNlKg33RG

Drake coming for Meg and Serena is wack! I need these male rappers to stop acting like cowards and actually face their fellow men! He couldn’t go toe to toe with pusha,was mute when he got pissed on! Yet here he is running his mouth like a clown! Grow up

Drake coming for Meg and Serena, while constantly laying up with white underaged women is … very telling. pic.twitter.com/phDjfpkiaY

So Drake accused Megan of laying about being shot and then attacked Serena's husband for *guess* being a supportive husband? This society really has a problem with black women being successful, happy and with supportive partners 😪

Drake is such a two bit punk. Going after Serena’s husband and lying about Megan Thee Stallion.

This man keeps telling the world how insecure he is. It’s been two decades. Has he got anything else to say? pic.twitter.com/pYTu2Al6xR

Oh now I see what Meg and Serena have in common? They’re two beautiful and successful Black women that Drake will never have. That’s why he raps like a boy who got his heart broken😭 pic.twitter.com/5Pr2q6JAtR

Have y’all noticed most of the more well-known/successful women in the industry be embarrassed to admit their relationships with Drake? He dated Sza, Serena, Rihanna, etc and none of them ever claimed him. He’s a loser that’s why he’s still messing with IG models…

Why was Drake picking on Serena’s husband? Let me mind my colored ass business that’s white on white crime