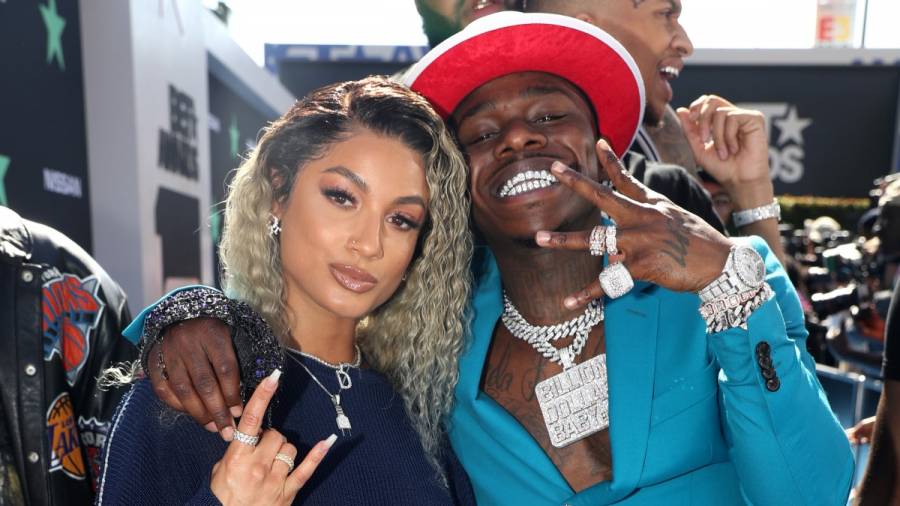 Despite all the back and forth dabbling with DaBabyMother, DaniLeigh let’s it be known that she’s in love with DaBaby.

DaniLeigh previously showed off a timeline of her relationship with DaBaby, which seemingly dates back to last year. However, fans of the Charlotte rapper have been confused about how serious he’s taking their romance, considering the fact that he still seems to be boo’d up with the mother of his children, MeMe. Apparently, things have progressed so much between DaniLeigh and DaBaby that the former is dropping the L-word on social media, catching a lot of people off-guard.

“Show me a photo offff,” wrote DaniLeigh on Instagram Stories, prompting fans to answer her and specify the picture they wanted to see. When one of her followers asked for a picture of “the n***a you love”, she replied with a FaceTime screenshot from a recent call with the “Suge” rapper.

Dani has been spending a lot of time with the hitmaker over the last few weeks, bringing in her birthday with the rapper on a yacht. She seemingly spent the holidays with her close friends, enjoying a quick dance with them on Christmas Eve before addressing her fans and saying that their support is the best gift she could have ever gotten for the holidays.

Do you think DaniLeigh and DaBaby will last? Or do you think Baby’s heart will forever belong to the mother of his children? Stay tuned for the next episode of the Young and the Restless.