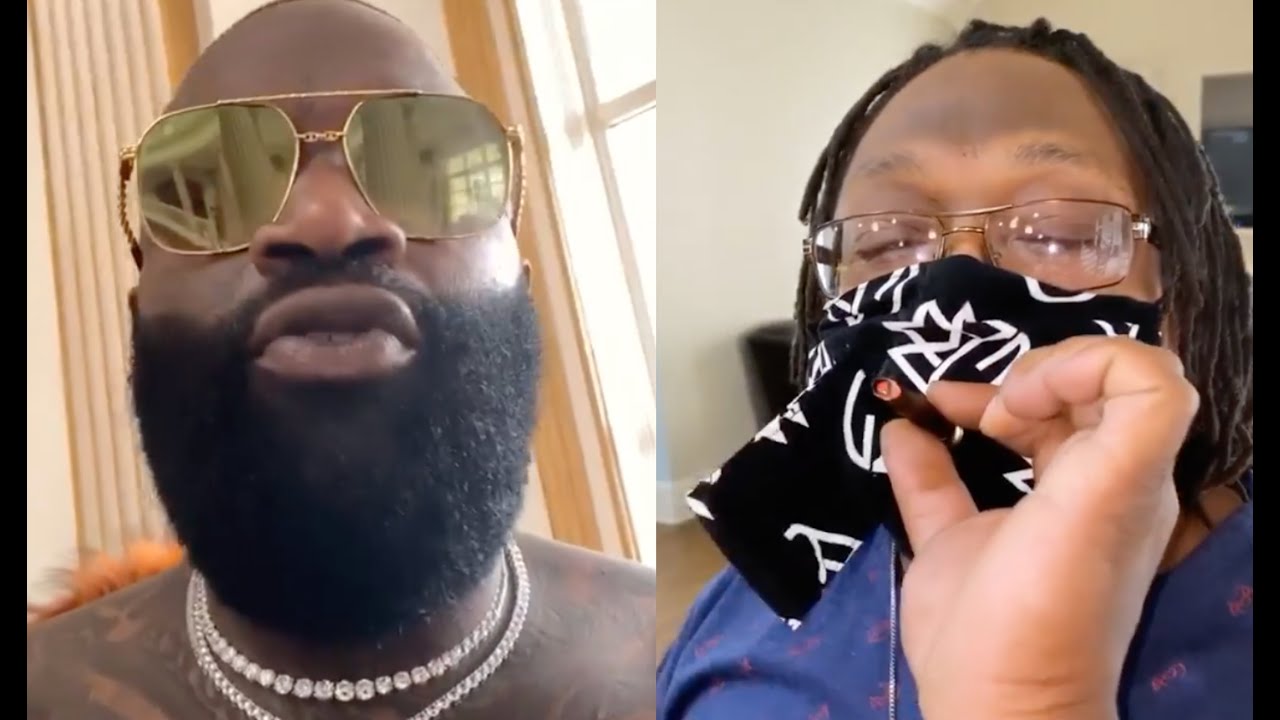 Rick Ross has been gearing up for the release of his upcoming album, Richer Than I Ever Been. The official follow-up to 2019’s Port Of Miami 2 was announced shortly after he went face-to-face against 2 Chainz during Verzuz. In the current era of the music industry where merch bundles have been boosting, if not completely driving, album sales. Ross hasn’t necessarily unveiled some huge merch campaign to claim the number one spot but he did recently share a new product on the MMG line dedicated for the smokers during the pandemic.

Though there have been many studies linking the increased risks of COVID-19 from smoking, it’s hard to determine whether that has actually made anyone quit. In fact, certain studies actually claimed that the use of cannabis actually increased during the global lockdown. Ross has now unveiled his innovative new addition to the face mask to assist smokers in their daily consumption during these strange times. The new MMG mask comes with an extra piece of fabric over the mouth that is removable. Underneath the fabric is a hole big enough to smoke a joint or a blunt out of.

It’s unclear when these will be released but the prototypes seem cool enough I guess. Check it out below. Are you all here for your smokers mask?

Rick Ross previews a mask made for smokers 👀 Would you get one⁉️ pic.twitter.com/TQV9ckwvM4