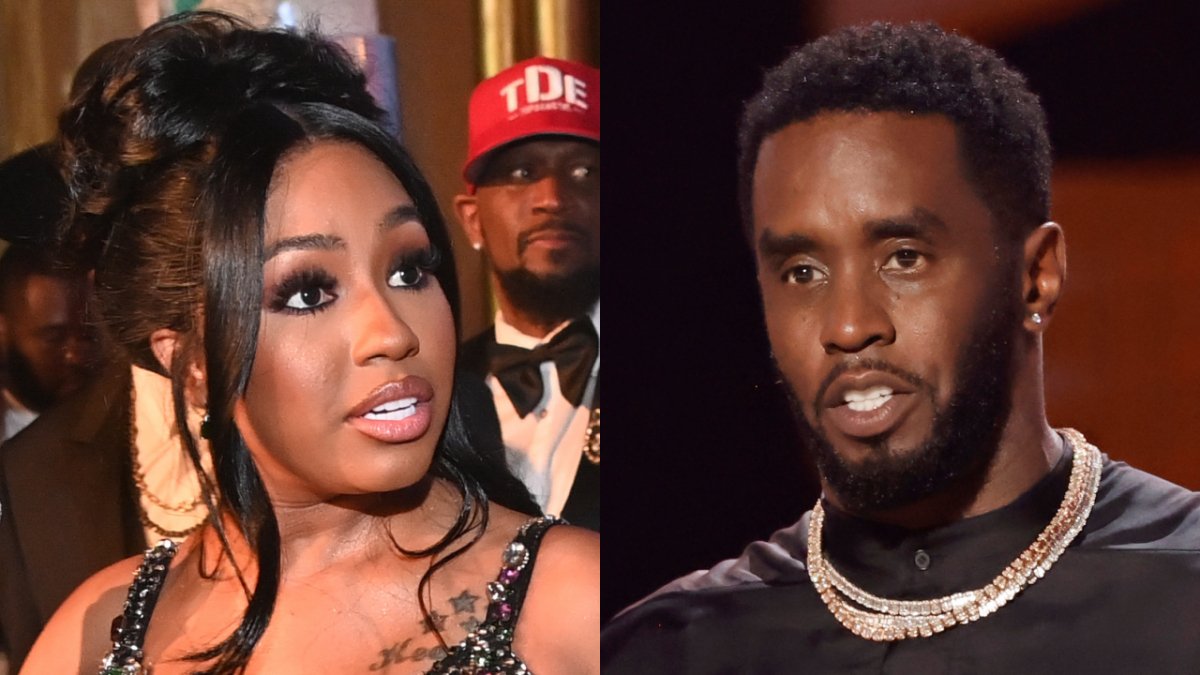 Honestly, Miami literally promotes herself as being all about a bag when it comes to the men that she deals with. Diddy clearly provides both money and opportunity so I guess it’s anything to secure the bag, huh?

The BET Awards tribute to Sean “Diddy” Combs not only had the audience in attendance on their feet, but fans at home were revisiting their favorite Puff Daddy classics, as well. We watched as Lil Kim, Shyne, Mary J. Blige, Jodeci, and more join Diddy on the BET Awards stage for an unforgettable performance, but it was Yung Miami who stole attention as she stood front row… making a scene.

At this point, the world is aware of Miami and Diddy’s situationship, and while they have simply stated that they are enjoying one another’s company, the public continues to let the City Girls star have it over her support of the Bad Boy icon.

During Diddy’s tribute, Miami held up a “GO PAPI” sign that caused a viral social media moment. People teased her and brought up the fact that during his acceptance speech Diddy thanked his exes Cassie and the late Kim Porter, but Caresha and her sign were not mentioned at all. She seemed unmoved by the opinions of the public—and her groupmate JT went to bat for her against trolls.

Now that the hype has died down and everyone is recovering from those star-studded afterparties, Diddy has returned to Instagram to give Yung Miami a shout-out for holding him down.. after she was dragged online.

“This is one of the sweetest things anyone’s ever done for me! Thank you Shawty Wop! [praying hands emoji] @yungmiami305.”

What do you think about all of this? Is Miami in a winning situation with Diddy? Are the City Girls up or down?