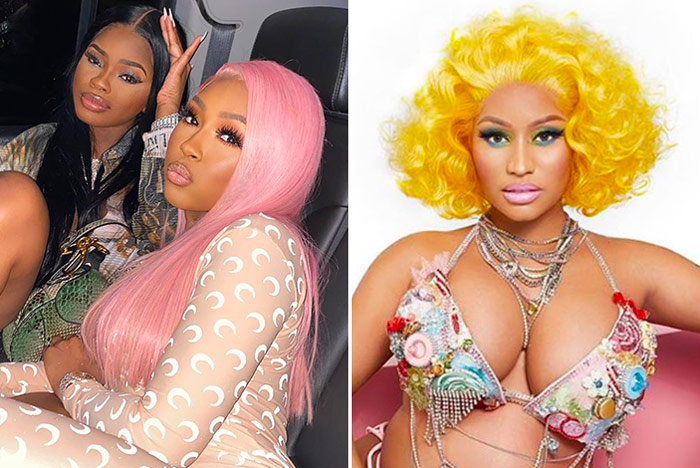 Mrs. Petty has hopped on the promo train as she gears up to release music and as always one or two things are guaranteed to come from this…shade and drama.

Nicki Minaj is preparing to return this Friday with a new single. Ahead of the release, the ‘Chun-Li’ rapper made the rounds at various radio stations including The Morning Hustle where she recently addressed the possibilities of working with the City Girls. These three have somewhat of a sketchy history as the Yung Miami and JT were very vocal about siding with Cardi B in the midst of her feud with Nicki. Then, an old video emerged of JT seemingly taking shots at both Nicki and Cardi from before they were famous. In late 2020, The City Girls completely flipped the script when they began to pucker their lip towards Minaj’s ass and not only begin to literally beg to for a collab, but in Miami’s case even begging to be unblocked last year.

When asked if she would work with the City Girls, Nicki Minaj kept quiet, which led to a follow-up question to clarify whether it wouldn’t happen or if the song is already done. “What I will say is that a few years ago, I saw a video of them and I asked someone on their team at that time. I asked someone about them,” Nicki said, explaining that she did have an interest in working with them. “I was thinking about jumping on a record. One of their records that was out at the time. Then, social media happened with when people will say things about someone, like an artist.”

Honestly, Minaj isn’t wrong here. The City Girls began to move very strangely at a certain point and it was cringy to watch. I think that’s a natural response when you can’t accurately tell someone’s genuine feelings about you. Now, if only she’d keep that same energy for people like “Wino” Youtuber Tasha K. But I digress. Check out the clip below. Thoughts?