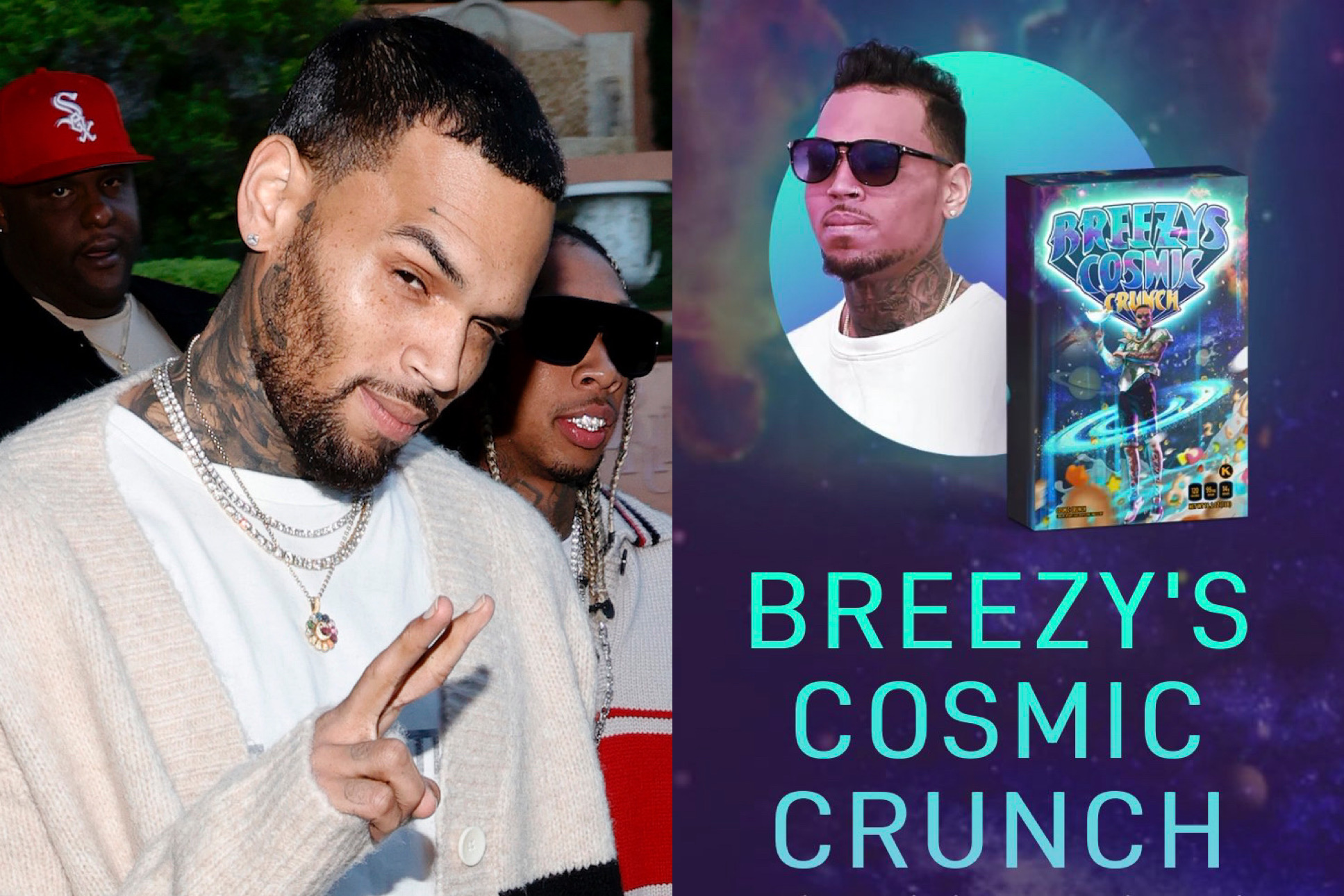 For some reason, anything food related paired with Chris Brown instantly makes me think of an edible..but hey, at $23 for a box… get money.

Could Chris Brown really be coming up with his own breakfast food? According to the singer, the answer is yes. In recent years, we have seen a rise in musicians and artists jumping into the snack lane, particularly with the help of Master P. The No Limit icon has been building on his Rap Snacks brand for some time and other companies have witnessed his successes and followed suit.

Yesterday (November 9), Chris Brown surprised fans and showed the design for what is reported to be his own breakfast cereal, courtesy of SoFlo Snacks.

The snack brand is known for its novelty, one-of-a-kind items and specialty collaborations that include cereals with Lil Durk and Druski. It seems that the next artist on their radar has been Brown and fans will soon get a taste of “Breezy’s Cosmic Crunch.” By the look of the cereal box, fans will also get to play the puzzle adventure game, “Where’s Breezy?”

The singer made the official announcement about his cereal’s arrival on Instagram where he unveiled its release date. “11/11 pre order BREEZY’s COSMIC CRUNCH FINALLY DECIDED TO CREATE MY OWN CEREAL [heart emoji][praying hands emoji] @soflosnacks.” We can only imagine how long it will take for this to sell out. Check it out below.