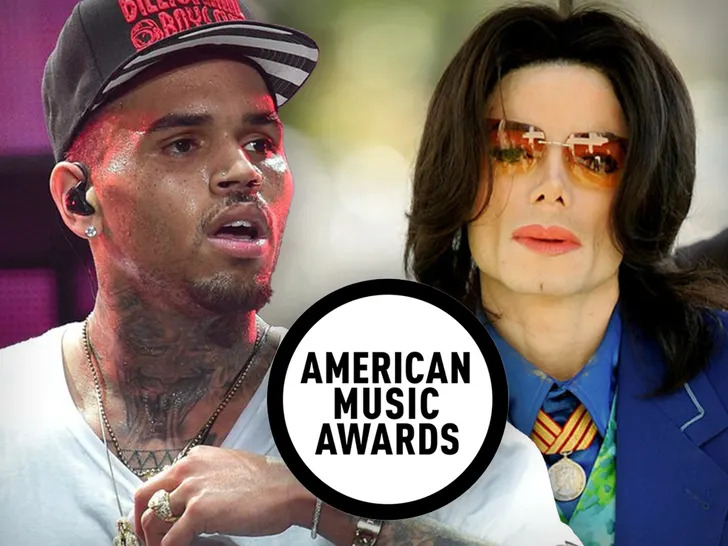 While most have been dragging the AMA’s and even boycotting watching the show.. apparently they were all for Chris’ performance (hence why they asked him). It was the Jackson family who pulled the plug.

Music lovers of all genres definitely received a treat on Sunday night (Nov 20) when the 2022 American Music Awards aired with a star-studded list of performers. The show saw big names like P!nk, Cardi B, GloRilla, Lil Baby, Dove Cameron and more, however there was one performer who’s absence was noticed greatly due to the commotion that it caused online just days prior to the show. Insert… Chris Brown.

The world learned over the weekend that the ‘Look at Me Now’ singer was was previously included on that performer list however he had the glitter socks pulled right off of his feet quicker than you could say “Hee-hee.” Brown let us know with a post on his Instagram page revealing that he was supposed to perform a Michael Jackson tribute that had inexplicably taken off the setlist.

The post saw Brown rehearsing with his fellow performers. Taking obvious inspiration from his hero, MJ, Breezy grooves away to hits like “Beat It,” “Billie Jean,” “Wanna Be Starting Something,” and “Thriller.” In the caption, he wrote, “U SERIOUS?” which was later given more context thanks to an angry comment. “WOULD’VE been the AMA performance but they cancelled me for reasons unknown,” he added.

Immediately after Brown shared the news, many on social media went into ‘outrage’ mode with loyal fans and celebrity friends such as Boosie, Tank, and even Kelly Rowland during the show doing their part to defend him. Some even expressed that they would not be supporting or watching the show as they believed brown was being treated unfairly by those in charge of the ceremony… but it turns out they may have actually been sparing his feelings.

It has been revealed by sources who claim to be directly connected to the situation that it was reportedly the Jackson family who did not sign off on the tribute taking place on Sunday night. The source reveals that following attempts in recent years to tarnish the King of Pop’s legacy, the family has understandably become increasingly protective over his estate and image, along with Brown’s own controversial background playing part in the decision as well.

Though it may at first seem hard to believe because Brown has been allowed to perform tributes to Jackson in the past such as 2010 BET Awards show performance, it does make perfect sense considering the AMA’s wouldn’t have asked Brown in the first place and allowed him to go through rehearsals and all, just to cancel for their own reasoning just a day before showtime.

This is a developing piece and we’ll provide more details as they roll in. For now, Do you think the Jackson clan made the right decision or should they have allowed Chris to take the stage?