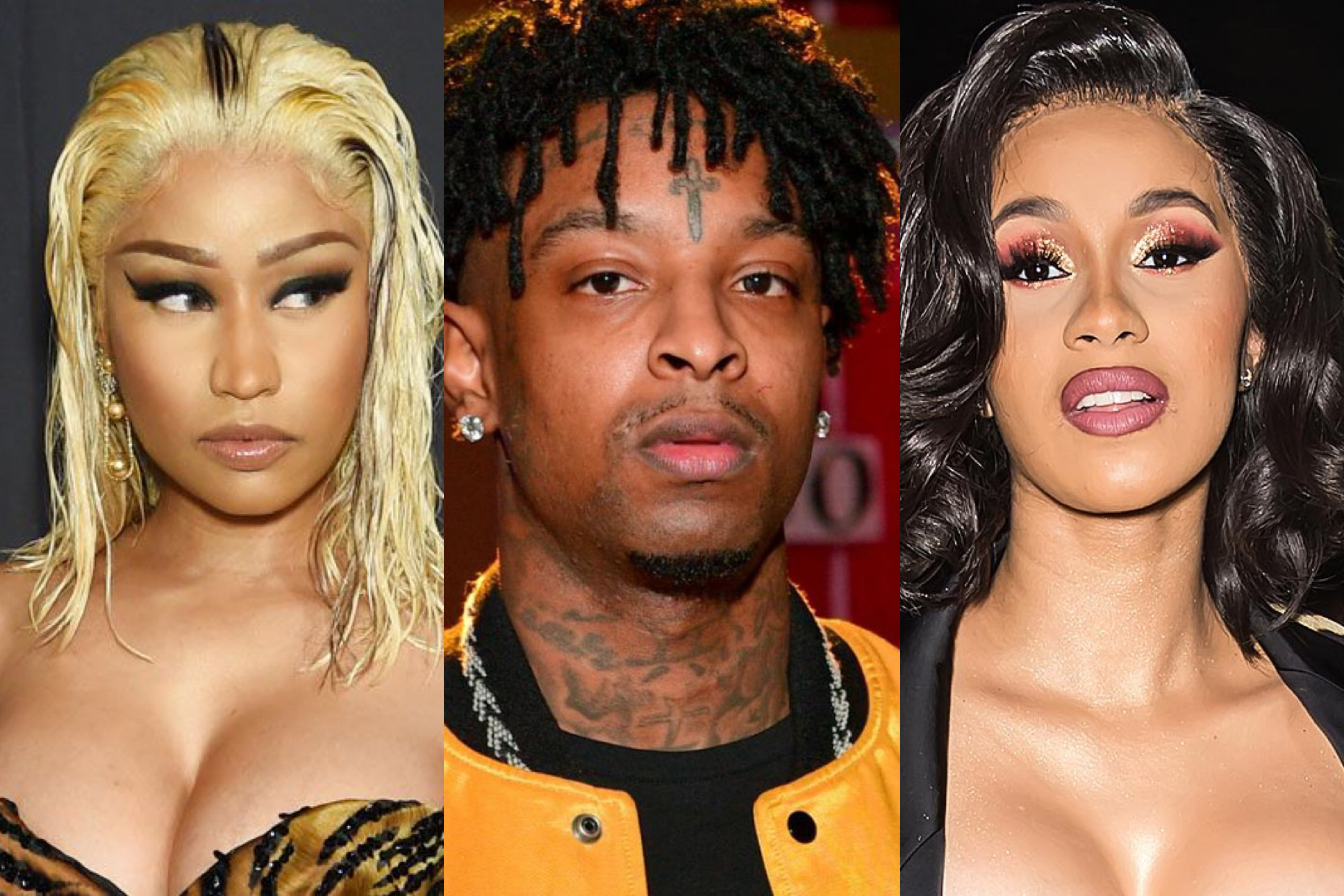 It seems these days no one even has to say anything as karma and the truth continue to bring things full circle. Over the last few weeks with the first public interview from her husband’s sexual assault victim, closely followed by the confirmation of shady business dealings with Karen Civil, and a rant about vaccines only to turn around and walk on to a stadium concert filled with thousands just a few days later, Nicki Minaj’s ‘mean girl’ antics and lies have been getting clocked left and right and revealing themselves.

21 Savage is the latest guest to appear on DJ Akademiks’ new podcast Off The Record, where he discussed a slew of hot topics. The Atlanta rapper spoke about his loyalty to Drake and why he wouldn’t have accepted a spot on Kanye West’s DONDA album, people in his hometown thinking Future is a bigger artist than Drake, and more. One of the discussions that has the internet talking is one 21 himself probably didn’t even realize he was exposing when he contradicted a tale Nicki Minaj painted about Cardi B at the height of their feud when she defended her own accused dirty work behind the scenes by claiming Cardi “stopped her bag” by preventing 21 from doing song with her.

For those who are unfamiliar, Nicki decided to touch on her feud with Cardi on an infamous episode of Queen Radio in October of 2018 where she alleged that Cardi wanted Nicki to feature on her second single, which ended up being “Bartier Cardi,” when Nicki commented, “You stopped 21 Savage from being on two songs with me cause he was featured on your single. But you talking about stopping bags.” But according to 21’s latest interview with Akademiks, it sounds like that wasn’t the truth.

When asked directly about the incident, 21 quickly shut down Cardi having anything to do with it saying: “On my kids, I’ve never had a discussion about Nicki with Cardi. Cardi has never said Nicki name around me, on my kids,” before hitting Ak with a solid “no,” when asked if he’s ever thought he needed to play sides between the two female rap phenoms.

Honestly, none of this is really surprising to anyone who’s actually privy to the saga that’s taken place between these two, however, hopefully it can provide some insight for the Chun-Li rapper’s legion of minions who consistently try to use these statements by Minaj to question Cardi’s character and role in their infamous feud. Take a look at the clip below and let us know what you think. Does Minaj not think all these lies and contradictions will catch up eventually or does she simply just not care because she knows her fans are going to roll with whatever she says regardless?

It’s bad for her pic.twitter.com/Bsa1QITlZl

Nicki Minaj to Cardi B “what type of bird shit u on Bitch. I didn’t leak your number. Stop lying on me… leave me alone. U stopped 21 savage from being on 2 songs wit me cuz he was featured on ur single”