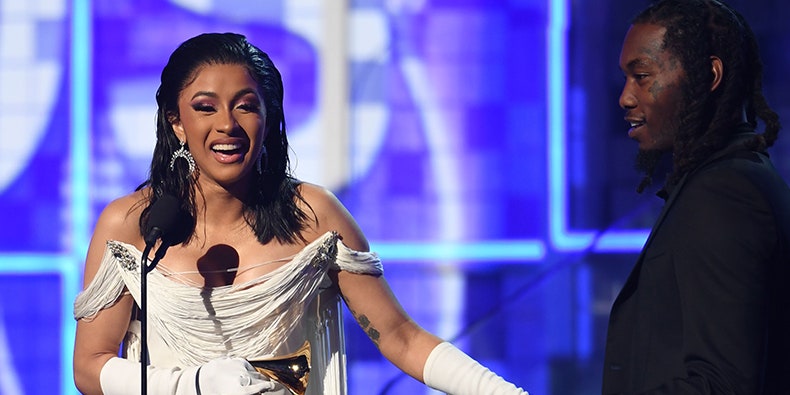 It has been almost two years since Cardi B shook the world with the release of her debut album, Invasion Of Privacy. The songs on there hold up to this day and the charts reflect that people are still feverishly bumping them.

In January, IOP became tied with Lauryn Hill’s classic, The Miseducation Of Lauryn Hill, for the longest-charting debut by a female rapper. At that point, both albums had spent 91 weeks on the Billboard 200. The following week, Cardi became the sole holder of this prestigious title, as IOP clenched its 92nd week on the chart and officially surpassed TMOLH’s record.

Cardi’s run did not stop there. IOH has gotten comfortable hanging out on the Billboard 200 and, according to the Chart Data Twitter page, its stay has now extended to span a monumental 100 WEEKS. Therefore, not only does Cardi have the longest-running female rap debut of all time; she is the first female rapper to have her debut spend a whole hundred weeks on the chart.

When Cardi achieved the longest-charting record in January, she shared the following message: “Thank you everybody ! Hopefully by the time I put my second album out IOP still charting .It will be dope to have two albums charting at the same time ! Ugh THE PRESSURE ! Thank you for the love . BGBGBG!” It seems likely she will secure that impressive milestone too. We love to see it.

.@iamcardib's 'Invasion of Privacy' has now spent 100 weeks on the Billboard 200.

It’s the first debut album by a female rapper to ever achieve this milestone.