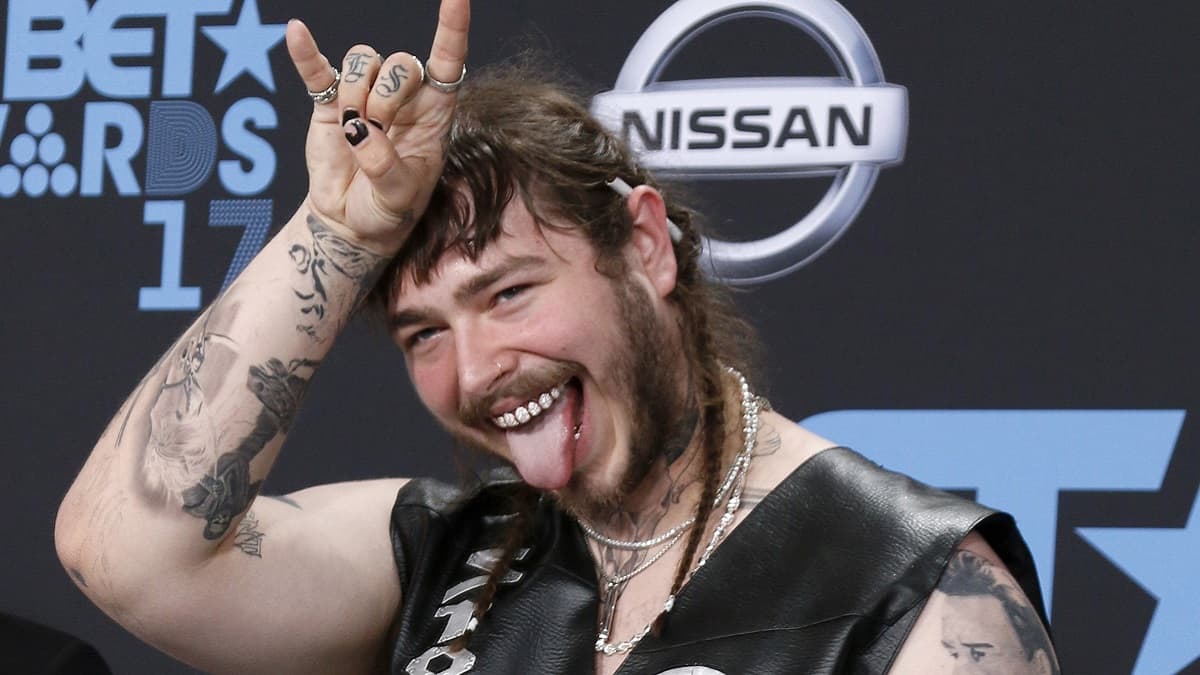 “Im not on drugs and I feel the best I’ve ever fucking felt in my life” – Post Malone.

Post Malone had fans worried about his health this week after a couple videos went viral of the Hollywood’s Bleeding rapper performing from his knees and rolling around on the stage looking quite disheveled and “fucked up”. Several fans believe this was proof that the singer should be seeking help, either for alcohol or substance abuse, but apparently Posty says its nothing to worry about.

During the latest stop of his tour Friday night in Memphis, Tennessee, Post decided to address the topic of his health to the crowd, saying he’s not on drugs and feeing the best he’s ever felt in his life. He even thanked his fans for their concern but said he’s feeling “fucking fantastic.”

“Im not on drugs and I feel the best Ive ever fucking felt in my life” Post says. “Thats why I bust my ass for these shows and fucking fall on the floor and do all that fun shit. But for anyone thats concerned here I appreciate the love and support but I feel fucking fantastic,” he said to the erupting crowd.

Check out Post’s response (below) and let us know what you think. Do you think Post is telling the truth here or nah?

After a few stops on his Runway tour, fans began to get worried about Post after watching him stumble during performances. He would get overly emotional, fall and crawl on the ground, doing what many thought was not normal behavior. ⁣ ⁣ As quick as rumors spread; Post was on drugs. It went viral so fast that he decided to address it directly at his next show. ⁣ ⁣ "I'm not on drugs! I feel the best I've ever fucking felt in my life," the 24-year-old rapper said. "And that's why I can bust my ass for these shows and fucking fall on the floor and do all that fun shit. But for anyone that's concerned here, I appreciate the love and the support, but I feel fucking fantastic and I'm not doing drugs."⁣ ⁣ Got it. He says he's not on drugs, so he must not be on drugs. When he's rushed to the hospital TMZ will be sure just to report which drugs he was NOT on. ⁣ ⁣ ⁣ _____________________⁣⁣⁣⁣⁣ #tvsmacktalk #NCT127 #NCT #Ch_NCT #EdSheeran #BillieEilish #Coldplay #EXO #BeerbongsAndBentleys #hiphop #KanyeWest #music #AMAs #BTS #rap #posty #Drake #WhiteIverson #LadyGaga #rockstar #Drugs #CardiB #TonesAndI #TaylorSwift #CamilaCabello #postmalone