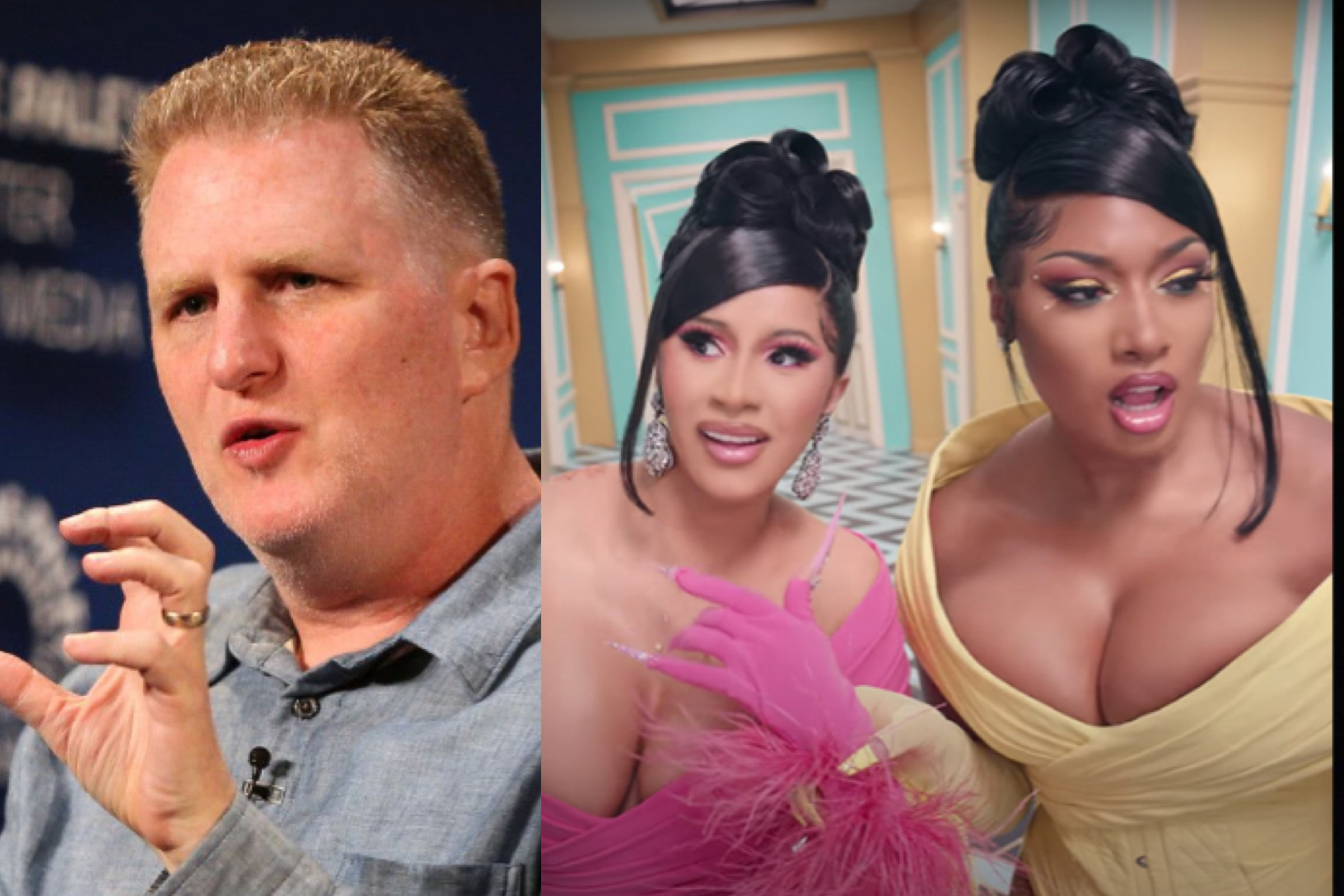 Apparently Rapaport doesn’t know much about Cardi considering he says he believes that artists should take the time to share their “feelings” and “anguish” about what’s going on in our country…which she literally always does.

Weeks after he caught heat for telling Star Wars actor John Boyega to be grateful for his place in the industry, Michael Rapaport obviously hasn’t learned his lesson as his next effort for headlines is taking aim at Cardi B and Megan Thee Stallion. The outspoken actor often adds his commentary to pop culture issues that make headlines, and “WAP” is certainly a subject that has a stronghold on social media. The smash single became a global No. 1 hit for the two rappers, but Michael Rapaport claims he isn’t a fan of the viral sensation.

Rapaport shared an audio clip to his Instagram page where he complained about the song. “Yo, you’re making club bangers, but we ain’t got no club to go to. You’re making strip pole music but we don’t have a strip club to go to. We’ve had seven f*ckin’ months. You’ve had seven f*ckin’ months to come out with something articulating your personal feelings, the anguish, the pain, the sorrow, the uncertainty of where we are,” he said of the recent civil unrest. “Just a single, and the best we got is wet ass p*ssy?”

“Yeah, sure, J. Cole put out a couple of—these are not even good J. Cole songs, to be honest,” added Rapaport. “Yeah, he says great things… C’mon man. C’mon. Do yourself a favor these next couple of days. Play Stevie Wonder on a loop. We’re so disposable. We have access to mixtapes. We have access to every f*ckin’ song. Just live with Stevie for a few days.”

So basically Rapaport not only chooses to ignore all the other songs that have been released throughout 2020 that have no relation to the current state of the world, but apparently he also feels we shouldn’t make the best of our circumstances and have a good time with one of the few outlets we still have during this pandemic..which is music.

An obvious case of when being fake woke and deeps goes wrong. What do you guys think?Do you agree with Michael Rapaport? Listen to his post below.

We've been in full on Pandemic for almost 7 months and WAP is the best that the music industry can create for us?! Where's the musicality? Where's the soul? Discussed in full on the new @iamrapaport NOW. #staydisruptive 💣🔻