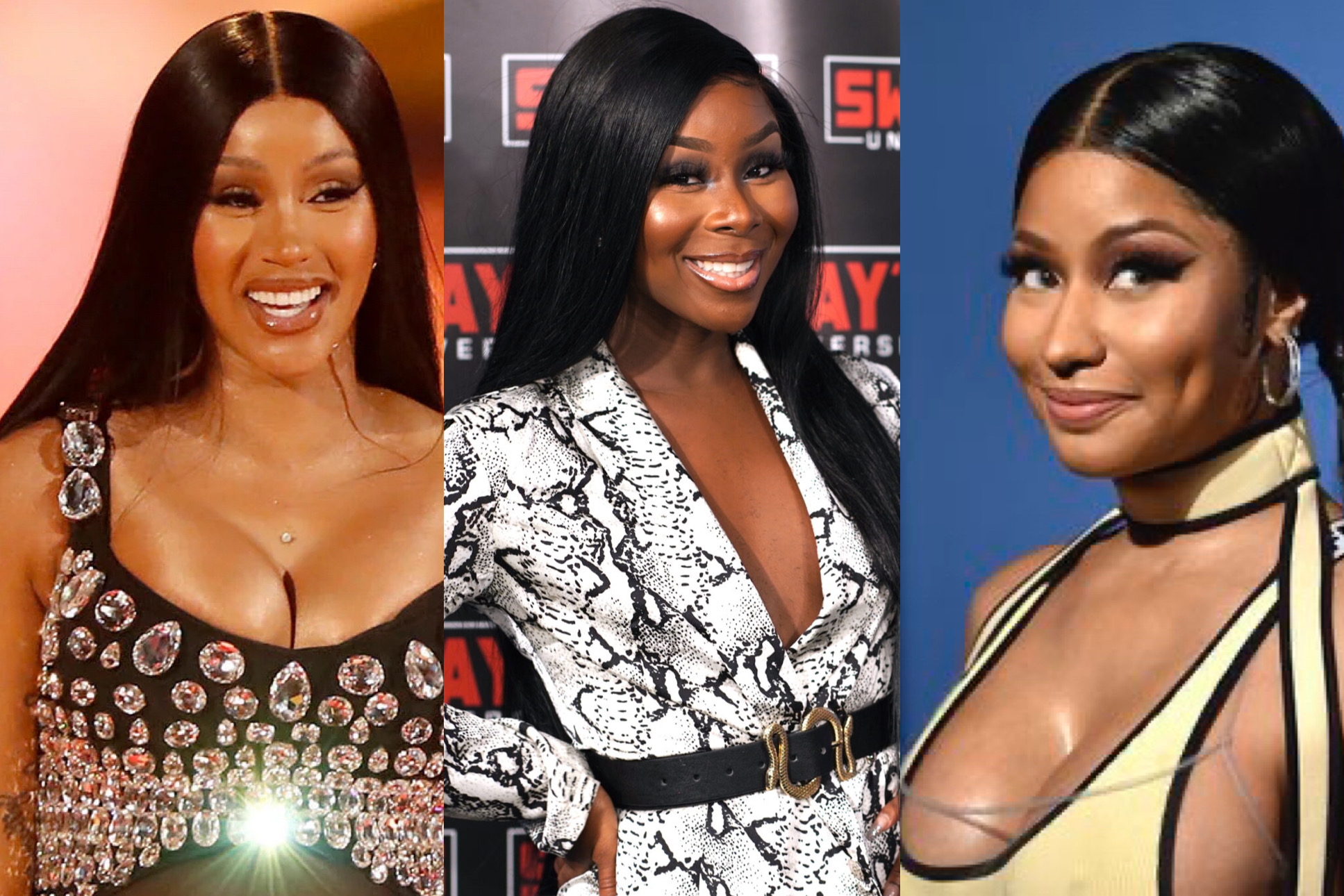 Bardi and Offset once rapped about the unfortunate reality that some individuals “do anything for clout,” a sad reality that to this day seems to exist more than ever. However, often times the perfect counter this behavior is just as simple as receipts. So let’s get into this tea…

The 2021 BET Awards took place on Sunday night (June 27) and was loaded with tons of iconic moments. The most memorable moment came from Cardi B’s surprise appearance during Migos’ performance of their collaboration “Type Sh*t,” where she revealed she was very pregnant with her second child with Offset. Of course, this revelation immediately broke the internet, with many congratulating Bardi and Offset on their blessing, however the celebration was soon followed by negativity the following morning as someone decided it’d be a good time to stir up some drama. Insert former ‘Love & Hip Hop: Miami’ personality Jessie Woo.

Jessie Woo is no stranger to making statements that’s sure to grab a headline, and when she uploaded a video discussing Lil’ Kim proclaiming that she’s open to be a Verzuz battle against Nicki Minaj, that’s exactly what happened. Somehow her discussion around Kim/Nicki circled around to Cardi B, where Woo claimed that a few years back she was informed by a “member of Cardi’s team,” that their goal was to “get rid” of Minaj with her rise to prominence, she then claimed that this is where she noticed their infamous beef started soon after which she believed solidified this claim. This small portion of the video was then shared by many of Cardi’s usual detractors running with the story.

However, we have obtained exclusive receipts of Woo not only asking for label advice from Cardi in 2019 (after her initial claims would have taken place), as well as receipts from today where Woo backtracked directly to Cardi after being confronted, claiming that she had no ill intent with this information and placing the blame on a former associate of Cardi named “B. Hop” who was actually just a road manager for Cardi very early in her rise to fame.

What makes things even more interesting and obvious that someone is lying is that Woo continues to tell Cardi in the DM exchange that “B. Hop” informed her that he introduced her to Beyoncé and is also the reason for a collaboration between the two. (imagine that, the road manager having all the connects and label detail?) All of which you’ll see B. Hop also denied when confronted by Cardi.

Take a look at all the receipts below and let us know what you think. I think regardless of who’s lying, someone was obviously looking for a moment here and it’s unfortunate that it was attempted while Cardi should be most happy and enjoying her blessings. Thoughts? 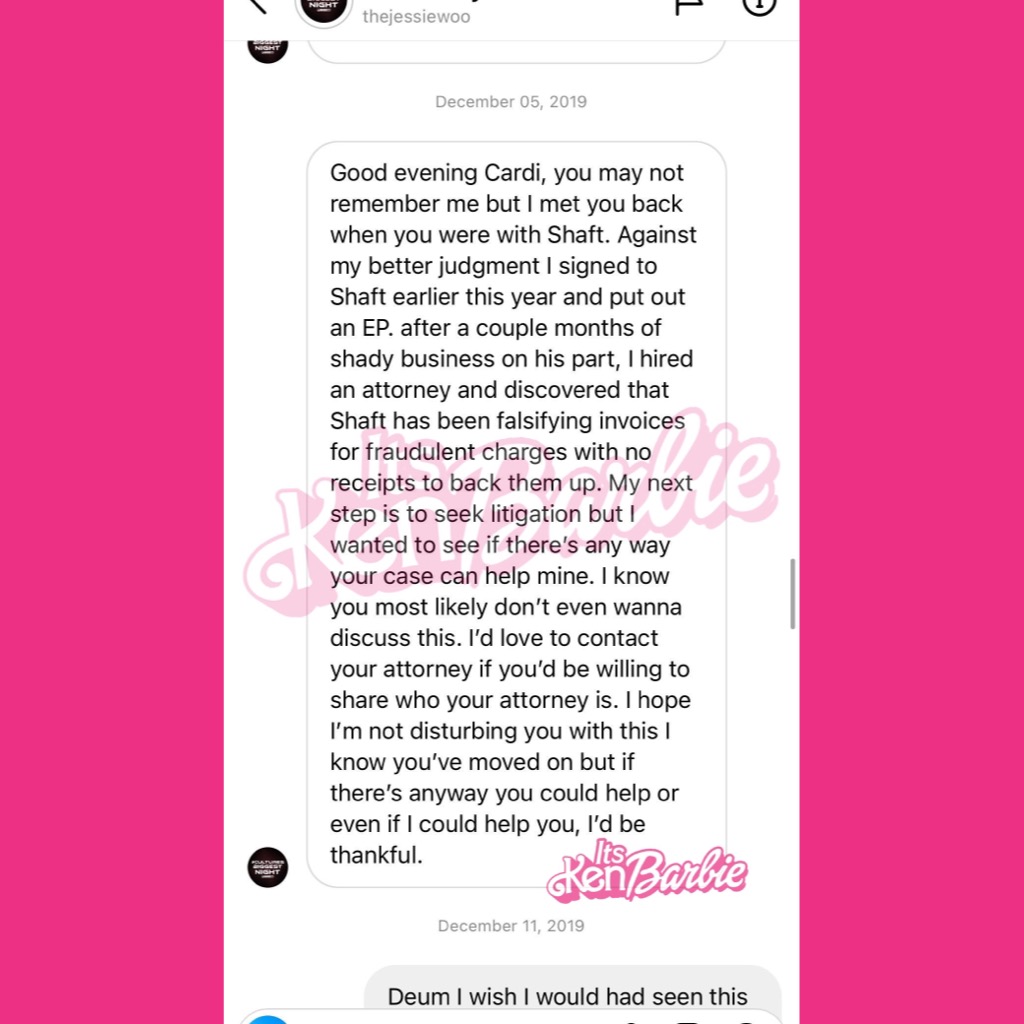 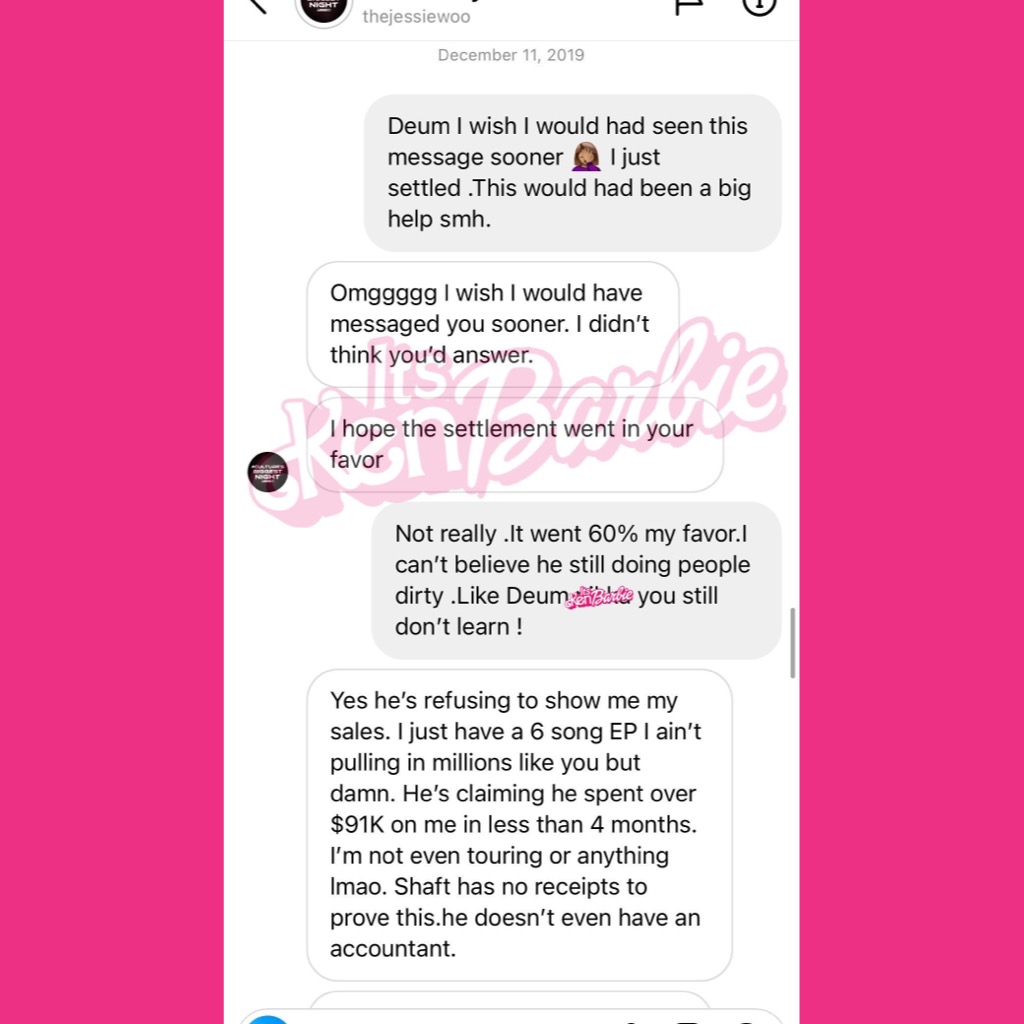 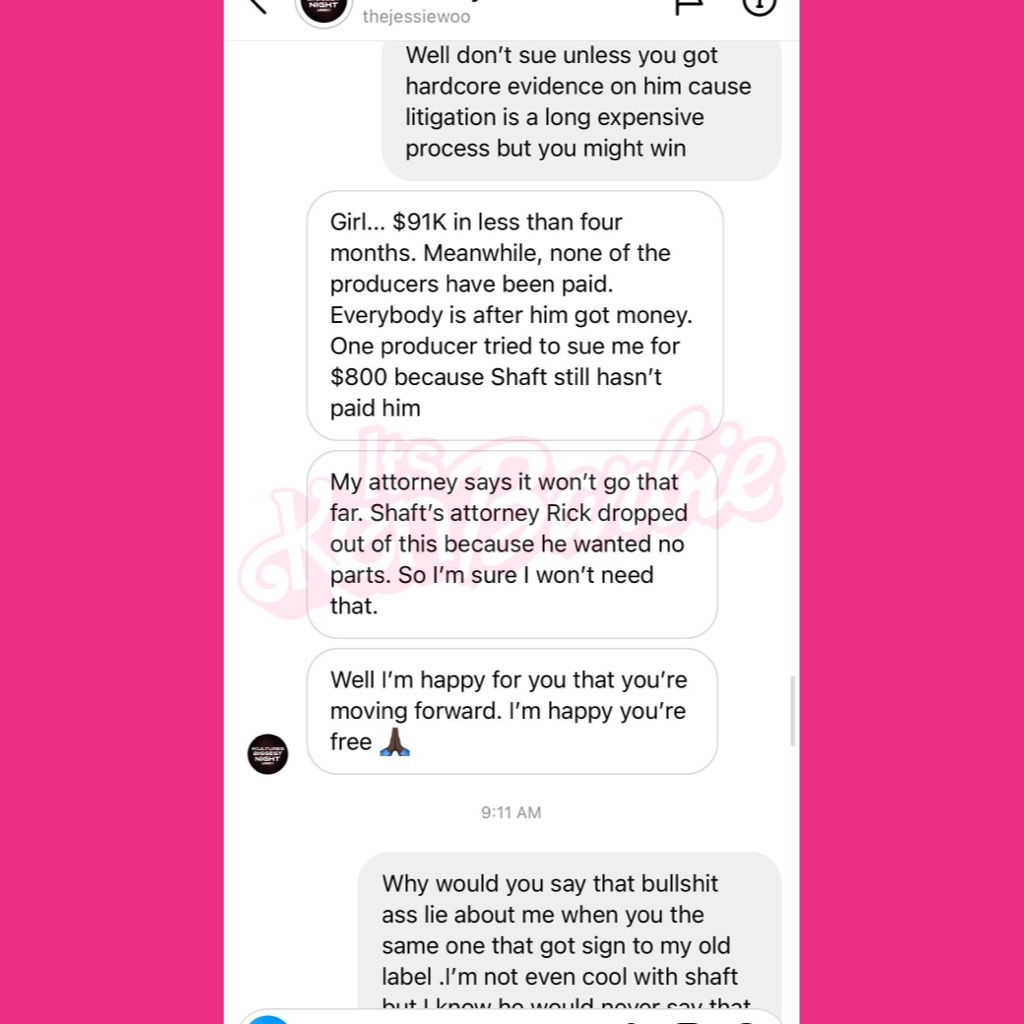 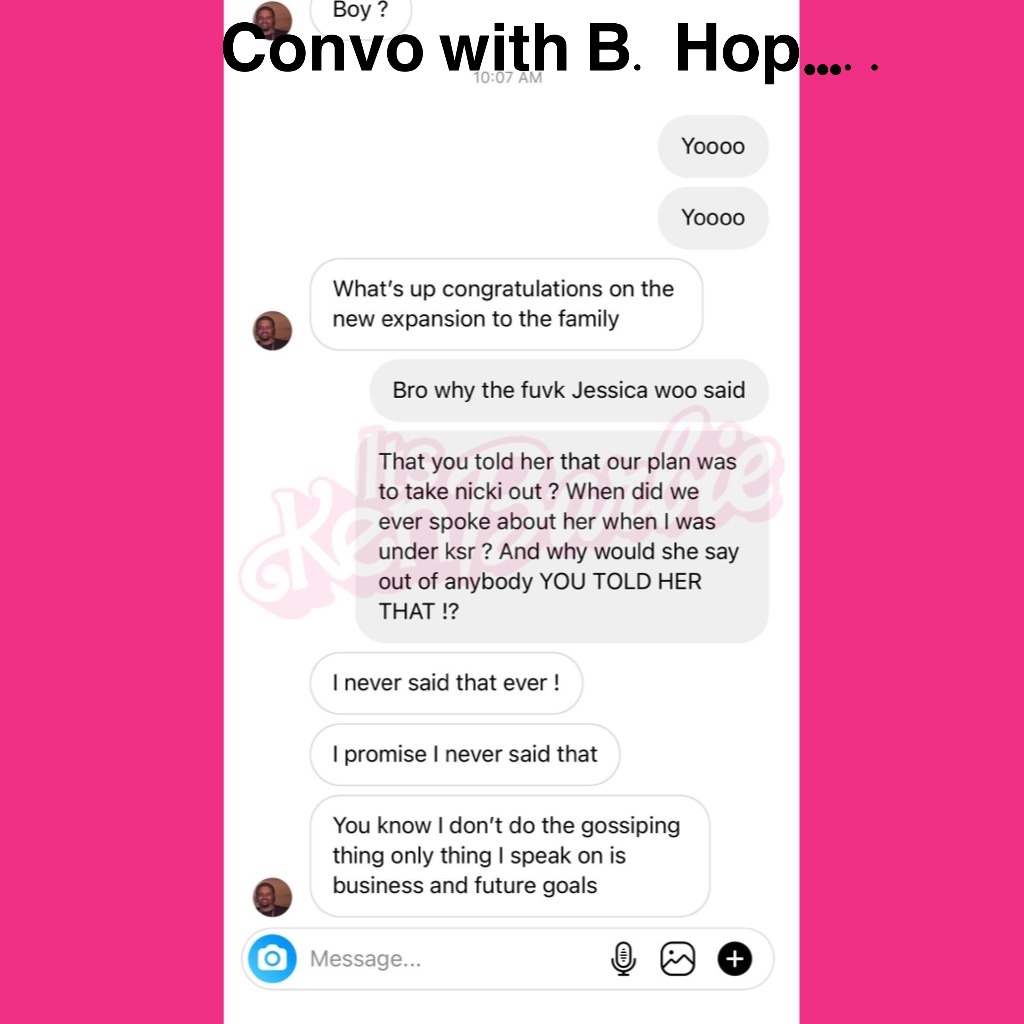 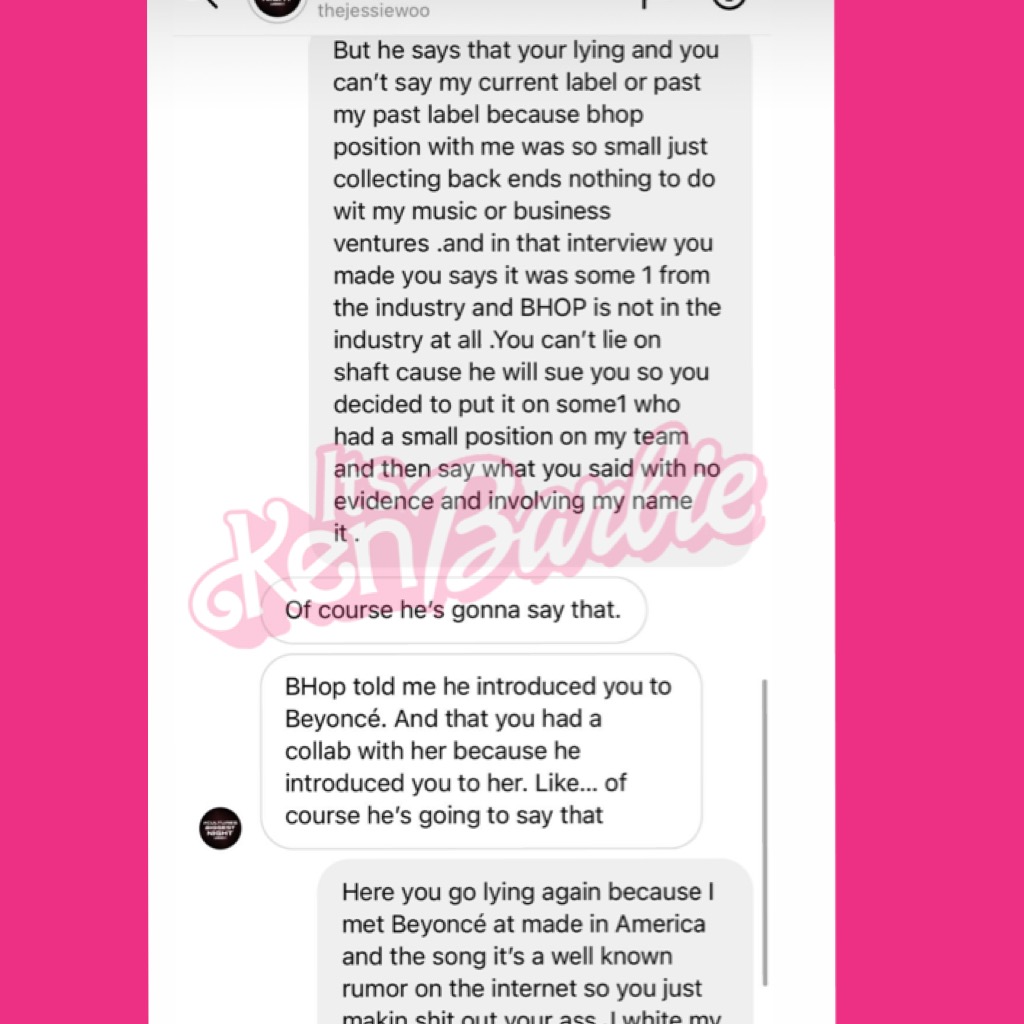