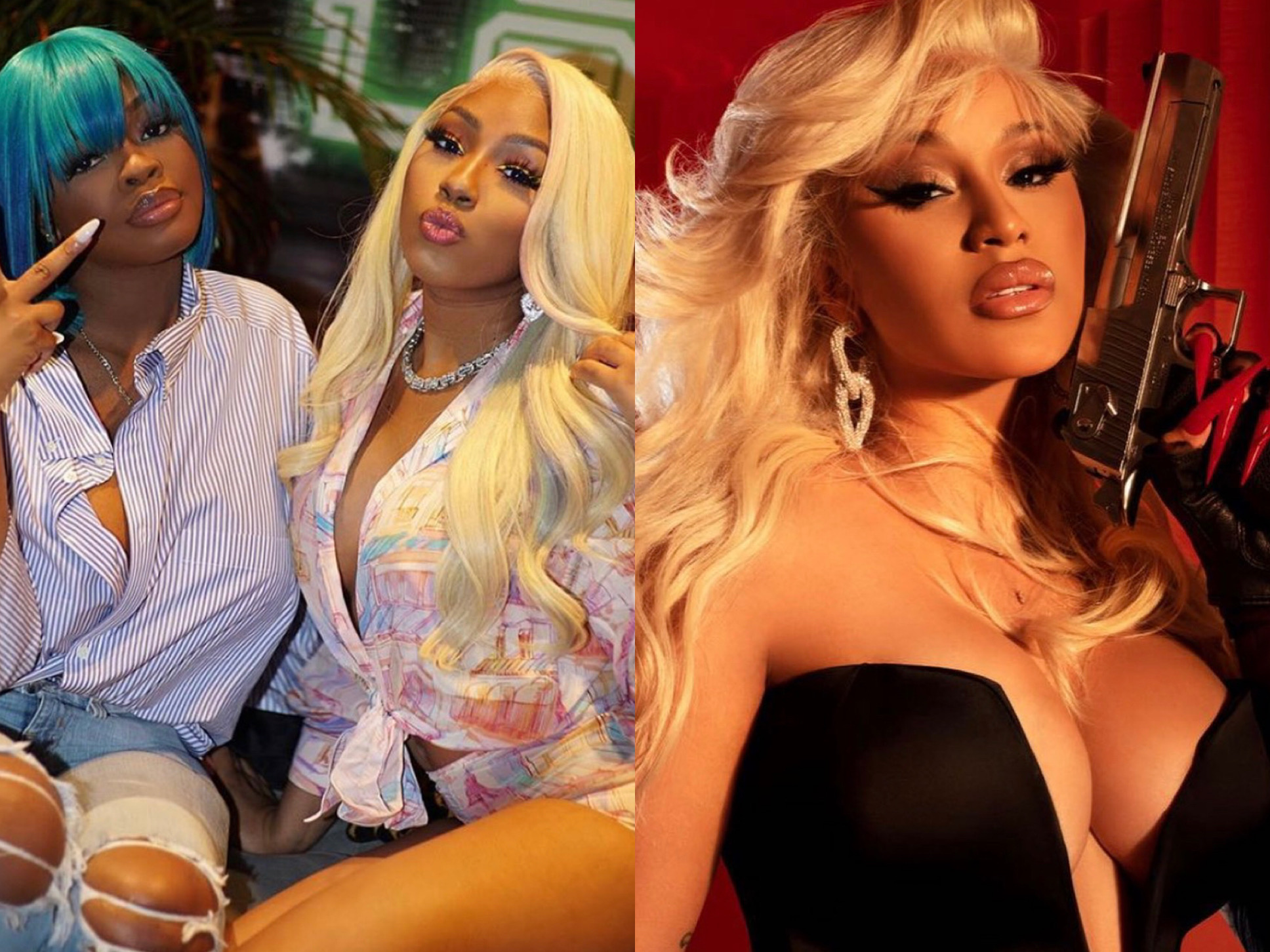 The City Girls address rumors that they’ve got problems with Cardi B after stating that they want to work with Nicki Minaj and being accused of not showing love to “WAP.”

Once again, people are trying to spot issues between women in rap. Despite having a hit song with her and receiving mad love for the Bronx superstar since they debuted, City Girls have seen many reports suggesting they have an issue with Cardi B suggesting they supposedly felt some type of way about her recent collaboration with Megan Thee Stallion. Most recently, those rumors were amplified when Yung Miami and JT revealed that they would like to work with Nicki Minaj, and many accusing them of being fake.

During a recent interview on their press run, JT attempted to clear up the nonsense, cutting off the interviewer and correcting her, saying that there is absolutely nothing wrong with them and Cardi B or anybody else.

“Let me correct you. Cardi [B] did promote our album,” says JT. “We was not talking about any artist in specific. I was talking about those fan pages.”

JT and Yung Miami are under constant critique for things they say and they often draw the ire of both Cardi and Nicki’s fans.

“It don’t matter if it’s Cardi fans or Nicki fans. I think they both got the two biggest fanbases,” clarified JT.

She goes on to say that the fans are always in her comments talking shit, and she will never let anybody bully her.

There you have it. Check out what they have to say at the 13-minute mark. Thoughts?