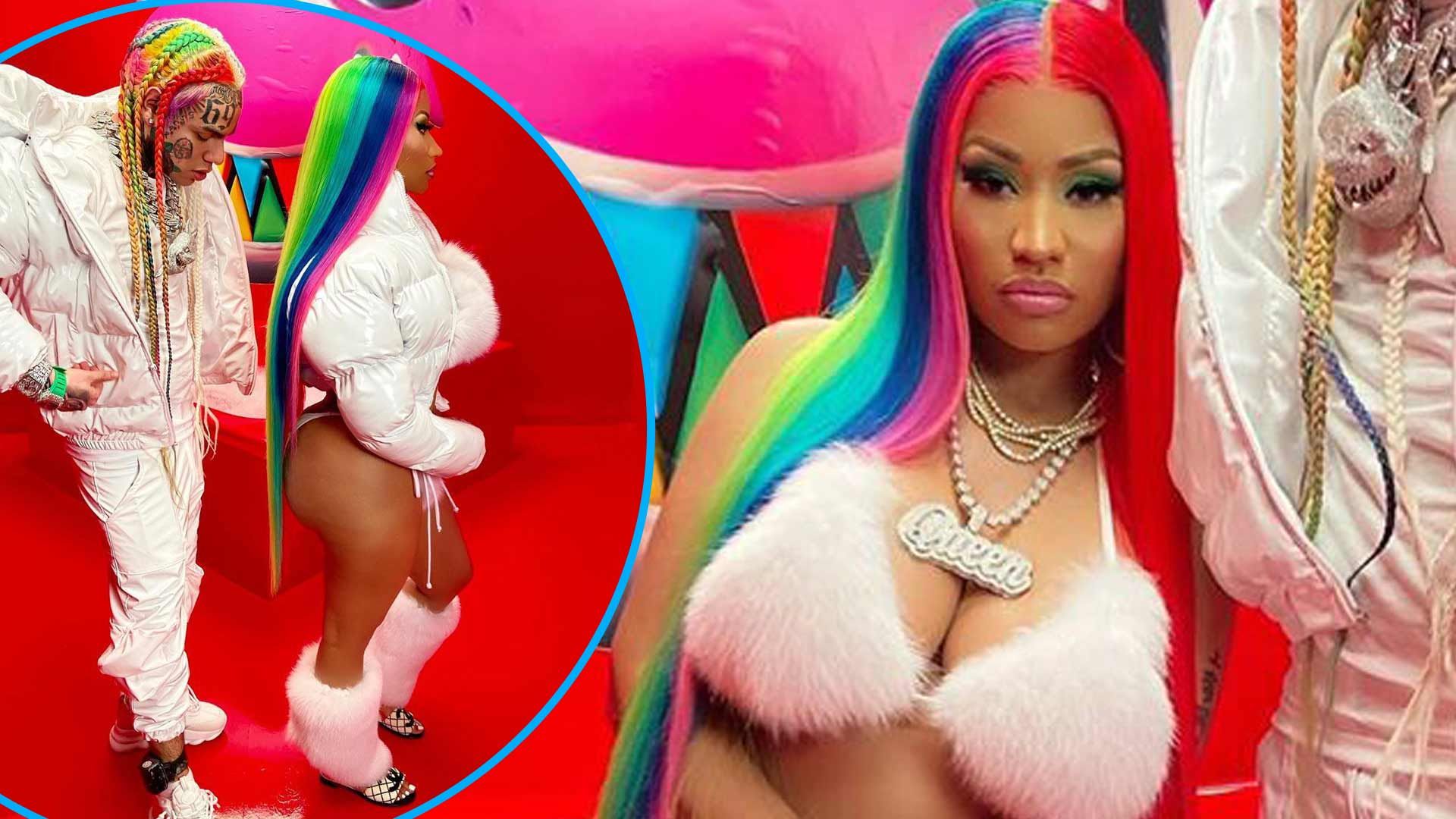 Nicki Minaj is clearly willing to look pass pretty much anything other than another woman’s success.

Over the past two years, Nicki Minaj’s career and personal life has been filled with rather questionable moves. Her ongoing feud with Cardi B remains a hot topic, along with her decision to marry a convicted murder and sex offender, but what was even more peculiar was her decision to align herself with Tekashi 6ix9ine. “FEFE” became a nice hit for both artists and months before 6ix9ine would face racketeering and firearm charges and it seems Minaj is willing to take this public “L” to get this billboard entry.

Even then, Nicki Minaj’s rep was at risk by associating herself with someone who’s on probation for child molestation charges. Maybe it was a strategic move to seem like she wasn’t contradicting herself since her brother was convicted of child rape charges months before “FEFE” hit airwaves.

Associating with a snitch, in hip-hop specifically, is a risky move, but again, clearly Minaj moves by her own rules and questionable judgement. She’s now the first artist to openly collaborate with 6ix9ine following his testimony against members of Tr3y Way. The two are getting ready to release their song, “TROLLZ” this week. Proceeds from the song and merch will be donated Bail Project Inc. which many have found ironic since 6ix9ine literally put several Black men behind bars.

Nicki faced criticism, of course, with her mindless Barbz coming to her defense since they think they’re required to agree with her every move. However, Nicki made it clear that she doesn’t care what anyone else thinks “You don’t have to defend me. I’m not afraid of internet trolls, blogs, artists. I don’t jump on band wagons. Many will never know what it feels like to have a mind of their own,” she said. Honestly, it makes sense. Who would be afraid of blogs or internet trolls when you got the feds by your side? Take a look at some of the internet’s responses below? What do you guys think? Are you here for this?

#nickiminaj speaks on her collabing with #tekashi69. Do u think this opens up the lane for other artist to work with him without getting backlash or na??

Nicki Minaj is married to an alleged pedophile, she collabed with 6ix9ine when it was well known he was a r*pist and is doing it again also she keeps dragging other women in the industry, she keeps using f word to denigrate gays. She is CANCELLED and so are her disgusting fans. pic.twitter.com/z2ba0MickU

Nicki Minaj literally heard everyones concerns about her associating with sex offenders and she ignored every last one. She is working with 6ix9ine yet again with more child like art yet again.

Nicki this is so tone deaf. Why???

Nicki really got another song with 6ix9ine. She just don’t care who she pisses off. I still to this day HATE that Nicki’s verse on Fefe is that good like she really gave that man a VERSE 😭

Nicki had all the smoke for Cardi but was completely quiet on the 6ix9ine situation, the Doja Cat situation and now….. I’m starting to think y’all queen may be a fraud.

so…can someone throw 69 under the fucking jail bc im tired of seeing his rainbow brite looking ass 🤦🏽‍♀️ out of all the people Nicki could have collabed with chile…. pic.twitter.com/IygFXud8fs