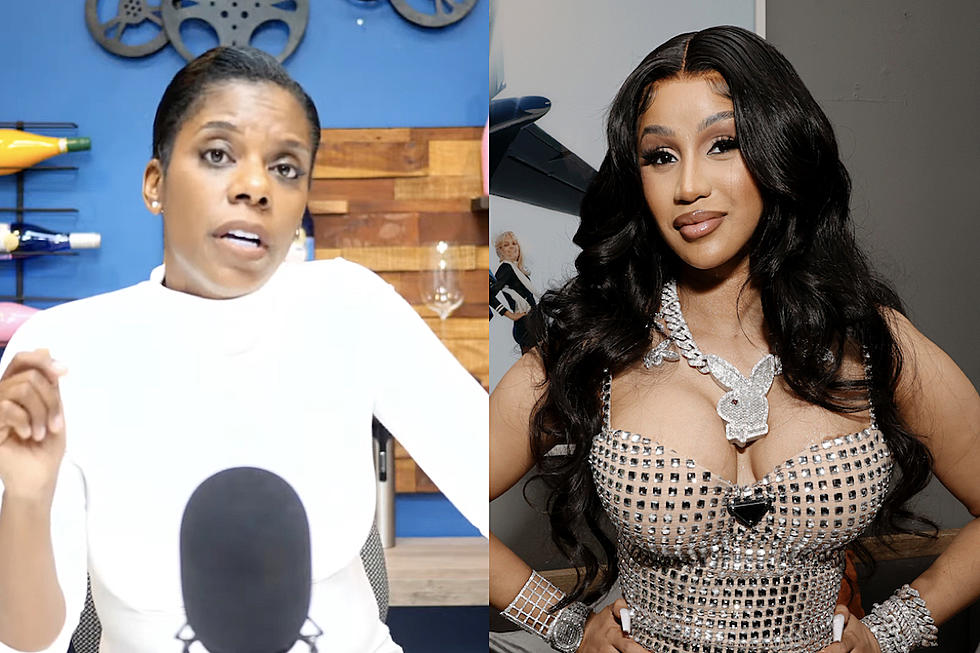 You know that old saying about writing a check that your a** can’t cash? That’s exactly what allegedly has Tasha K collecting her boxed wine and running to other countries in effort to escape the wrath of Cardi B. But Cardi and team is coming for her, no matter how many games of ‘Where’s Waldo’ she’d like to play.

Once upon a time loud-mouthed YouTuber Tasha K decided to go through great lengths to harass, taunt, and defame Cardi B in videos, whilst yelling anything at the top of her lungs and labeling the faulty information as “exclusives”… until karma and Cardi’s lawyers came knocking. Earlier this year, Cardi won her defamation lawsuit against Tasha after jurors sided with the rapper by holding Kebe accountable for intentional infliction of emotional distress.

Eight months later, Tasha has been accused of placing her home up for rent, skipping to other states, and most recently fleeing the country all with the hefty $4 million debt remaining unpaid while she pretends that the option of winning an appeal is possible. However, Cardi and her attorneys are not letting her off that easy.

On Friday (Sept 16), Cardi’s lawyers asked a federal judge to either make the wine slinging content creator pay up immediately or pay a so-called supersedeas bond covering the entire amount. A supersedeas bond, also known as a defendant’s appeal bond, is a type of surety bond that a court requires from an appellant who wants to delay payment of a judgment until an appeal is over. Meaning, if the appeal process is allowed, and Tasha still loses as expected, that money will then be automatically handed to Cardi.

It seems as though Tasha hasn’t learned lesson in regards to her mouth getting her in trouble as  Cardi’s attorneys let the court know that they were worried Tasha might using the delay caused by the appeal to avoid paying, citing her own statements alluding to doing so.

The insane part about all of this is that it could have easily ended long ago with Tasha K taking down the videos that featured her false claims and offering an apology to Cardi, however she wanted to be headstrong and like a clown and now the clown is coming back to bite. imes up, Tasha. Thoughts?