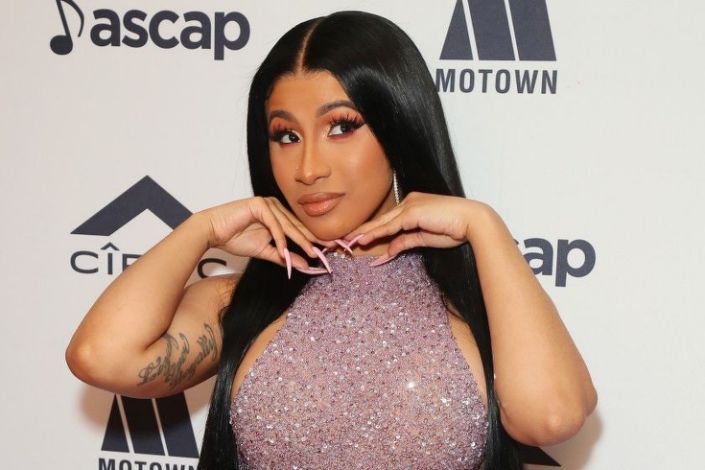 Cardi B and Megan Thee Stallion are projected to go #1 on the Billboard Hot 100 next week, with DaBaby and Roddy Ricch following in the #2 spot.

Looking back now, almost hilarious to think that just weeks ago, Cardi B’s haters (and basically her second fan base) were making comments suggesting the the Bronx sensation’s “time was up.” The number one song in the country next week will almost surely be Cardi B and Megan Thee Stallion’s new single “WAP,” which will mark another huge moment for women in rap.

According to the latest chart projections, “WAP” is worlds above the competition, swinging 806 points towards a strong debut while the track behind it, DaBaby and Roddy Ricch’s “ROCKSTAR,” is way behind at 334 points. This means that “WAP” is a lock to debut at #1 on the Billboard Hot 100.

This will mark yet another collaborative rap song by two women to hit the top of the charts, during its first week no less! With all the talk around the song’s lyrics and iconic video whether good or bad, in one week, ‘WAP’ has become an undeniable cultural moment marking Cardi B’s return as we head into her sophomore project with her already bright star continuing to rise.

Another debut within the Top 10 will likely be The Weeknd and Juice WRLD’s new song “Smile.” It’s looking set to debut at #9 right now. The track marks the first collaboration between both hitmakers. The late Juice WRLD tweeted during his career that if he and Abel ever teamed up on a song, it would go diamond. Take a look at the chart statistics so far below. Have you been one of the many streaming the hell out of WAP?

Cardi B and Megan Thee Stallion's #WAP is currently pacing for a #1 debut on next week's Hot 100.

.@iamcardib and @theestallion's #WAP remains at #1 on the global Spotify chart, surpassing 5 million daily streams for the first time.