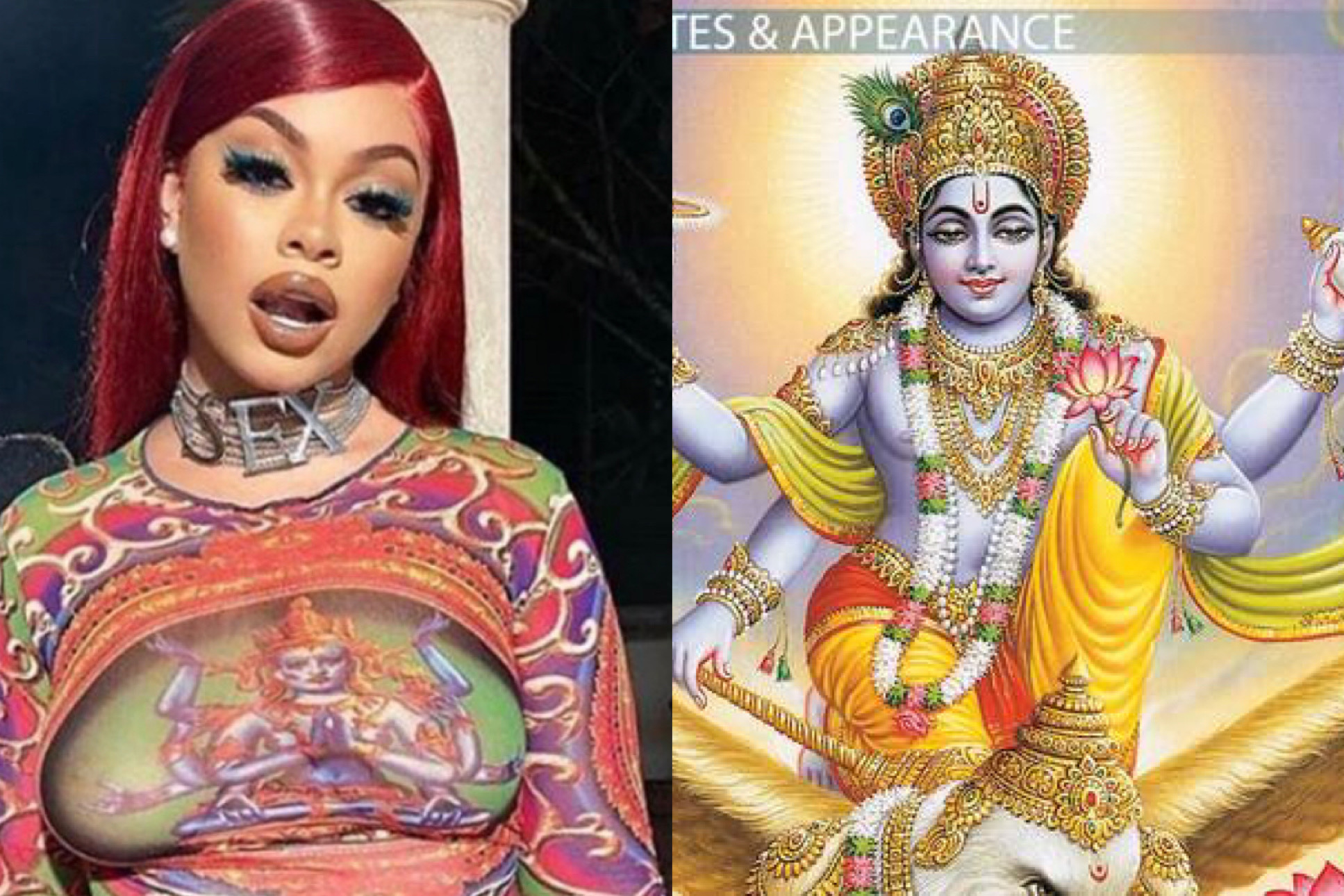 The rapper caught some static online for her fashion choice as fans debated whether or not it was offensive.

A debate has been sparked after Mulatto’s fashion choice offended a select group of her fans. The “Muwop” rapper has been the center of discussion on social media after an image of her wearing a shirt featuring Vishnu circulated. People accused the rapper of being insensitive to those that practice Hinduism and told her that their religion shouldn’t be used for her fashion. Mulatto read through her fans’ concerns and issued an apology on Twitter.

“I apologize to anyone I’ve offended by wearing an outfit featuring the Hindu god Vishnu,” the southern rapper tweeted. “I honestly didn’t know the meaning or background behind what I was wearing and it was not my intention to disrespect the religion and cultural beliefs of others.” Even with the apology, people of all backgrounds took to the microblogging site to share their thoughts. Some believed that Mulatto’s apology was unnecessary while others applauded her for acknowledging that it could be offensive.

Check out a few responses below, along with Mulatto’s apology, and let us know if you think she should have made a statement or if you think people were being too sensitive.

#Mulatto issues an apology to fans after getting criticism about her outfit being offensive.

I apologize to anyone I’ve offended by wearing an outfit featuring the Hindu god Vishnu. I honestly didn’t know the meaning or background behind what I was wearing and it was not my intention to disrespect the religion and cultural beliefs of others.

if it’s not your community you don’t get to decide if it’s offensive. i’m glad she educated herself & apologized but if you’re not Hindu idc whether or not u think it was okay. + when Indians appropriate Black culture i call them out too (like Lilly Singh for example)

isn’t that praising or showing love to it in a way tho? ppl too damn sensitive. how tf y’all know she ain’t lowkey hindu or sum tf WOULD YALL B MAD IF SHE WORE A SHIRT THAT SAID I HEART JESUS???

I wanted a Hindu elephant on my thigh but I asked a couple of people who knew the religion about it first before I was gonna get it. It’s about respect and knowing what your doing before you do it especially if your ignorant to it

But who are you to say shes not mocking someone else’s culture? Are you part of the hindu culture/religon? If so, do you speak for the other millions in that specific group? Cause it looks like you dont….😬

unfortunately, the comments are filled with nastiness and I can't find any Hindu people who have accepted this apology

She did not DRESS UP AS A HINDU GOD SHE WORE HIM ON HER TITTIES WITH A NECKLACE THAT SAYS SEX, IF U DONT KNOW TGEN PLS REFRAIN FROM GIVING UR TWO CENTS