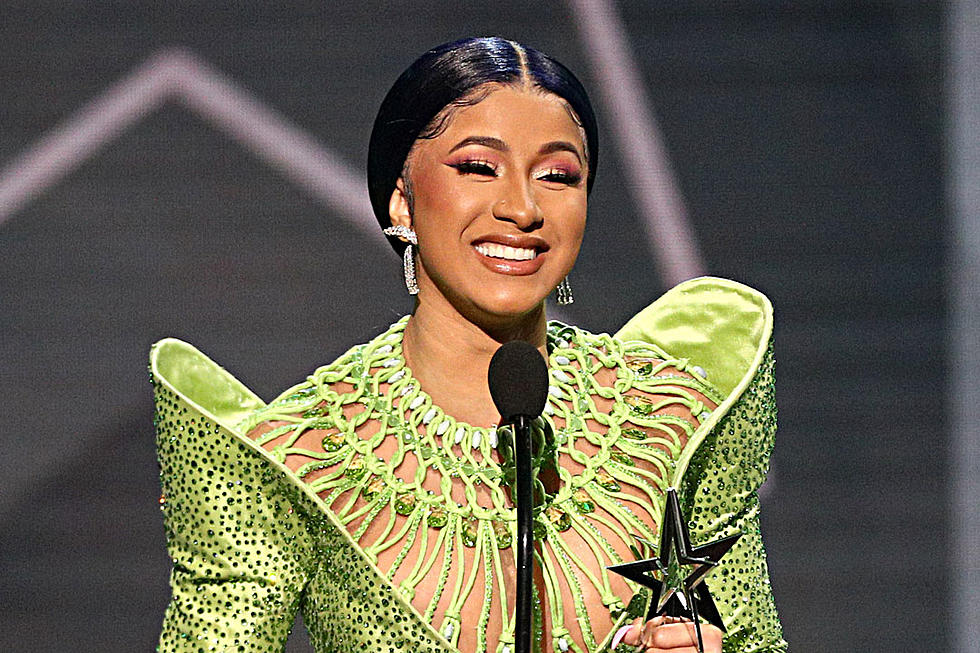 Cardi B went from renting a studio apartment in the Bronx to owning her dream home.

With a new decade now arriving when the clock strikes midnight, it’s a sure thing that you’ve seen an increase in content like this. If you’re scrolling through your social media pages, there’s a good chance you’ve already come across plenty of year-end and decade-end celebrations from your favorite artists and celebrities. Whether they’re showing off they’re own celebrations or showing off their progression over the last ten years, people are proudly showing off their blessings as we kick off 2020. Cardi B joined in the fun by reflecting on all that she’s accomplished in the last ten years, detailing her struggle as she became a world-famous rapper after starting off the decade in a tiny studio apartment in the Bronx.

Cardi B is ill, but 'ending the decade with a lot of accomplishments' https://t.co/SxAtdjf2X1 via @DailyMailCelebYou're Amazing Cardi. Queen. God Bless you

Writing out a message to her fans, Cardi B travelled back to when she had just gotten out of high school, struggling to make ends meet and turning to the strip club to fund her lifestyle. “2010 I was fresh outta high school. I stopped going to college, stripped 6 nights a week till I got my own studio apartment in the BX. Im ending the decade with a lot of accomplishments in my career. Owning properties including my dream home with a beautiful family and lots more in 2020… Moral of the story is BITCH BE PATIENT..It took me ten whole years bitch.”

Many of Bardi’s critics like to refer to the star as an overnight success but that’s simply untrue. She hustled as an underground rapper and had a huge social media following before striking a deal on Love & Hip-Hop, which elevated her to be able to reach these heights. Cardi B has always had it in her. Some are just now seeing it…and we love to see it. Definitely an inspiration for many. 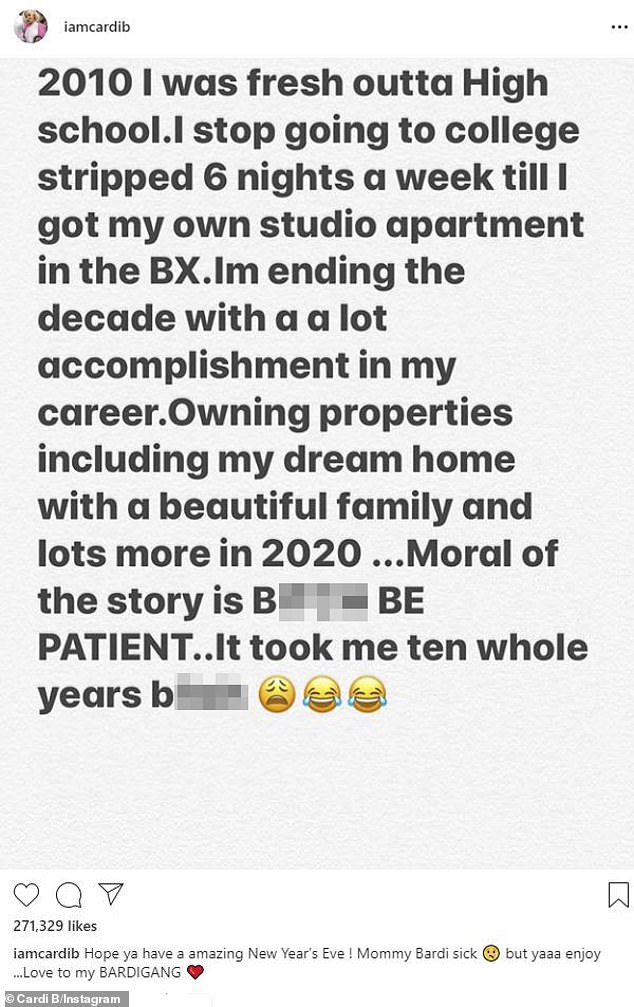