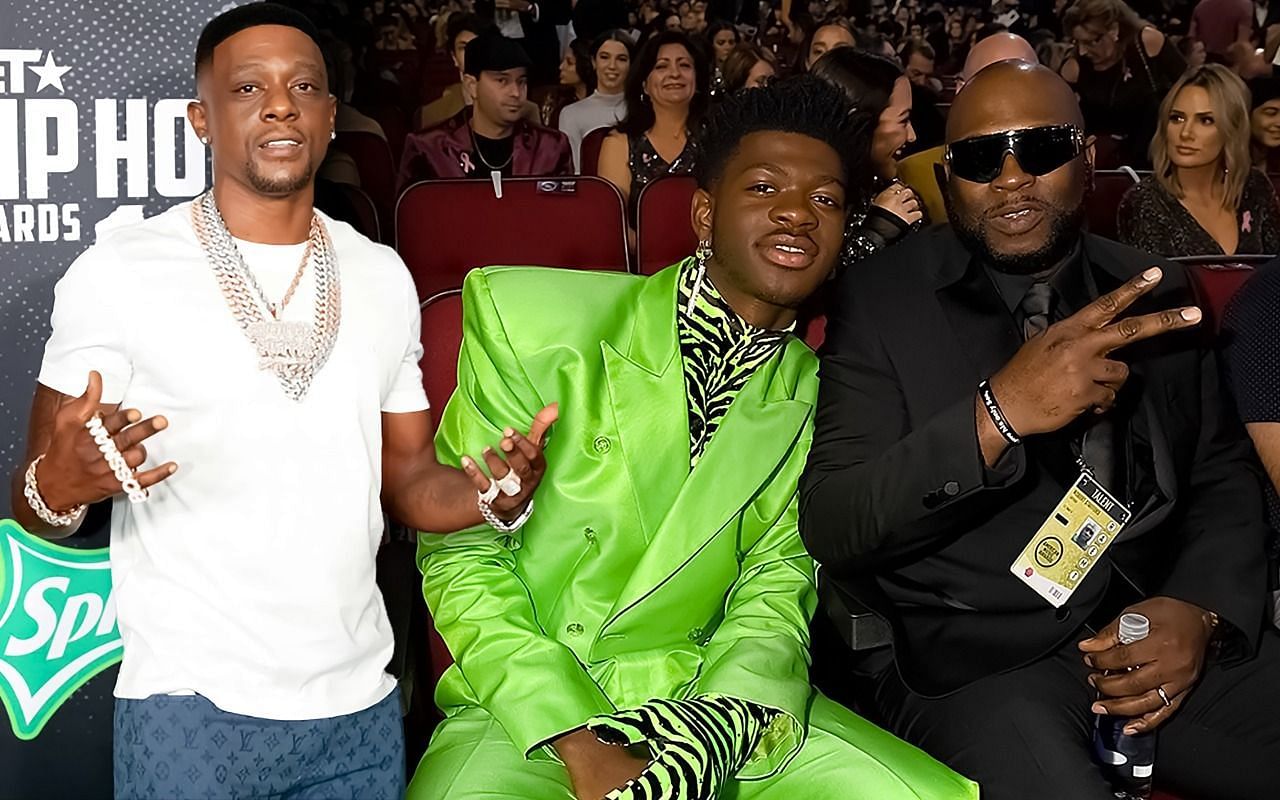 I really can’t understand how you can have this much hate for people who have personally done nothing to you, but simply exist. Ms Bussy Badazz is really unrelenting in his hate toward the ‘Montero” star after telling Lil Nas X to take his own life.

Daddy Nas said “Not today!” He has been able to fight his own battles with ease—with the help of a little trolling—but Lil Nas X received some assistance yesterday. The ‘Montero’ artist has been riding high off of his successes over the past few years, but his antics don’t always sit well with his detractors. Nas X seemed to push the public over the edge with his prosthetic pregnant belly to promote Montero, and from the onset, Boosie Badazz has been blasting the young artist feeling the need to speak against him with every move he’s made since.

Things came to a head recently when Lil Nas X was trolling and teased that he has a song with Boosie on the horizon, causing the Louisiana rapper to unleash vicious, homophobic insults. He also told Nas X to take his own life because the world would be a better place.

Not to long after, Nas’ father, Robert Stafford, stepped in with a few words for Boosie. “How the hell you’re a gangsta rapper promoting drugs, gun violence, degrading women and getting high every video talking about you’re for the kids man sit your old man looking ass down,” he wrote. “The game has past you. We real Bankhead over here. Not like the guy who claims it.”

It looks as if Boosie has responded to dear old dad, albeit he refrained from tagging Lil Nas X or his father in his tweet.

“DONT GET MAD AT ME CAUSE YOUR SON CAME OUT LIKE THAT LOL [shrugging emoji] I KNOW IT HURTS.” Boosie has since returned to plugging his film, My Struggle. Check out the exchange below and let us know what you think. I feel like Nas’ dad pretty much hit the nail on the head. It’s amazing how Boosie pretty much represents every negative stereotype that our community often times gets placed with and has openly expressed some pretty ignorant and twisted views but somehow believes being “gay” is what’s going to destroy our youth. The ghetto. Thoughts?