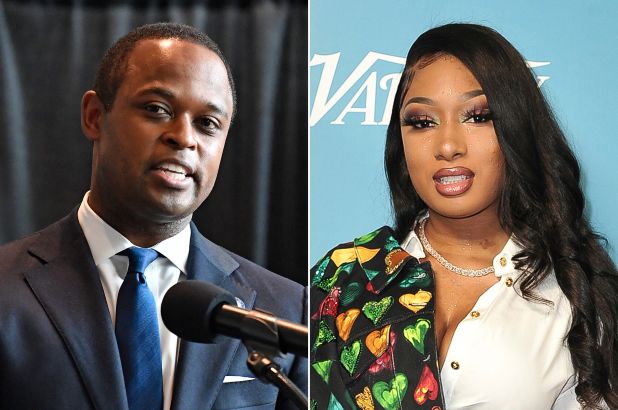 Kentucky Attorney General Daniel Cameron has been under fire since news of Breonna Taylor’s murder made national headlines. Months after her death, he only charged one of the officers involved in her death, and the count wasn’t even related to the bullet that hit Taylor. Former cop Brett Hankison was indicted for firing a shot in Breonna Taylor’s neighbor’s home.

Many have expressed their disgust in Cameron’s decision including one of the grand jurors who filed a motion to have the gag order lifted. Recordings from the grand jury hearing were released to the public on Friday, just a day before Megan Thee Stallion made her SNL debut where she fired shots at Daniel Cameron in her call to protect Black women. During Meg’s performance, she sampled a speech from activist Tamika Mallory, saying, “Daniel Cameron is no different than the sellout Negroes that sold our people into slavery.”

Cameron has since responded, calling Meg’s jab at him “disgusting.”

“Well, let me just say that I agree. We do need to love and protect our Black women,” he said. “But the fact that someone would get on national television and make disparaging comments about me because I’m simply trying to do my job is disgusting.”

“What you saw and what your viewers saw is something I’ve had to experience because I’m a Black Republican,” he continued. “Because I stand up for truth and justice as opposed to giving in to a mob mentality.”

Check out his response below.