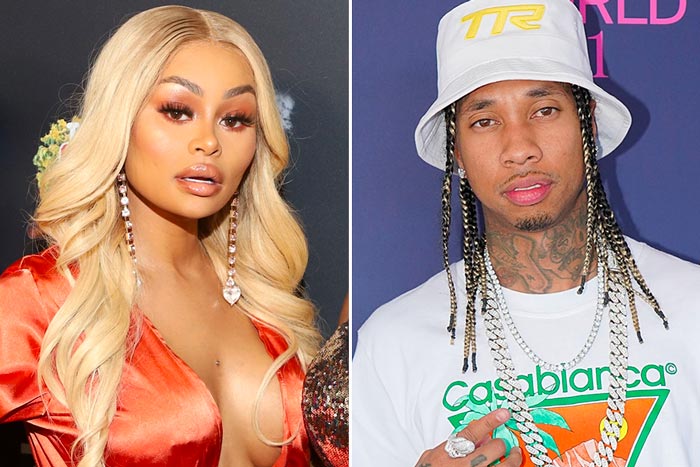 Who didn’t see this coming? It’s a classic scenario we’ve seen take place time and time again as social media has grown. A celebrity receives backlash after posting something less than favorable and they then resort to the “I was hacked” excuse. Chyna recently faced backlash after “her Twitter account” sent messages about her baby daddy’s alleged sexual preferences.

When things go sideways online after a public figure says something controversial on their social media pages, many return to say that their accounts have been compromised. Such is the case with Blac Chyna who recently caused a stir after tweets from her Twitter account stated that the father of her child, rapper Tyga, “love Trans.”

People accused the model mogul of “outing” her ex (despite the fact that this “tea” was about as cold as ice) and told her that the tweets were more harmful to the trans community than helpful, and after spending a day being tagged in harsh social media posts, Chyna’s representative reportedly told the folks over at The Shade Room that her account was hacked.

“Unfortunately, Blac Chyna’s Twitter account was hacked yesterday as she would not purposely speak negatively about Tyga online,” the rep reportedly stated before apologizing for the remarks. Tyga has not come forward to address the allegations regarding his sexual preferences nor has he publicly acknowledged Chyna’s Twitter controversy.

Years ago, Tyga was accused of sending compromising photos of himself and linking up with transgender model, Mia Isabaella. Recently, Sada Baby called out Tyga over rumors of his alleged interactions with transwomen as well, but that went ignored by the California rapper.

I think the biggest conversation here is not only why Chyna would think it’s her business to share, but also why this is considered to be so scandalous to some? Take a look at the receipts below and let us know your take.