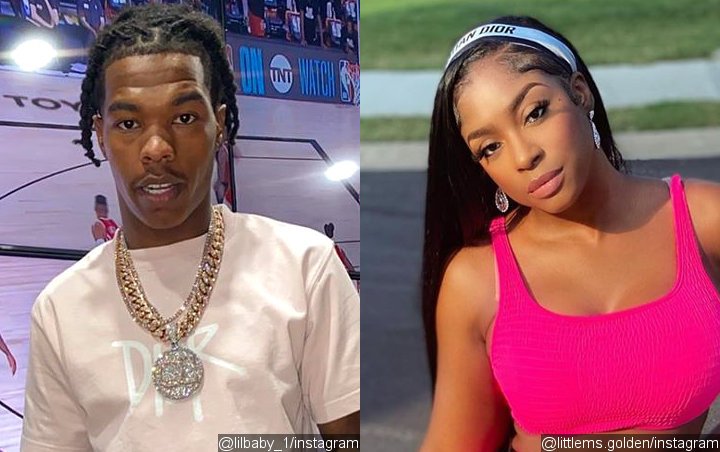 The mother of Lil Baby’s eldest son Jason is exposing the rapper for allegedly failing to pay for his education, resulting in the boy being kicked out of school.

Lil Baby has had some baby mama drama in the past with Jayda Cheaves but, these days, he’s been keeping her happy by paying for some expensive gifts from time to time. As for his other baby mama, she’s wondering where her Birkin bags and cars are after making harsh allegations against the rapper, claiming that he didn’t man up and pay for his son’s education.

Going back-and-forth today on social media, Ayeshs, the mother of Lil Baby’s eldest son Jason clapped at the superstar recording artist for allegedly failing to pay his schooling, resulting in him basically being kicked out.

Oop!! Ayesha, the mother of #LilBaby’s eldest son, had a quick word about the finances for their son’s education after #JaydaCheaves showed off her new handbag!! (Swipe for previous post) (📷:@gettyimages)

“@LILBABY_1 JASON’S SCHOOL TUITION HAD AN OUTSTANDING BALANCE BEFORE THE VIRUS EVEN CAME ABOUT I HAVE EVERY EMAIL,” she said on Instagram Stories. “DUE TO YOU NEVER PAYING IT THEY TOOK MY BABY OFF THE PORTALS SO HE WON’T RECEIVE ANY VIRTUAL LEARNING PROGRAMS FROM HIS SCHOOL BECAUSE THEY BASICALLY KICKED HIM OUT.”

She goes on to claim that Baby recently showed off the Rolex watch that he bought his son despite the fact that he can’t tell time yet. The timing is pretty strategic, considering Jayda Cheaves was showing off the new bag Lil Baby bought her today.

As promised in a later post, the mother of Baby’s eldest son came through with receipts, showing a near $10,000 balance for Jason’s schooling that was over 90 days past due.

Ayesha, the mother of #LilBaby’s eldest son, coming through with receipts👀 (SWIPE for previous posts) (📷:@gettyimages)

Baby has since responded, writing: “1+1=2 not 3. Some shit just don’t add up.” This also sparked an war of words between Ayesha where Jayda’s health status was somehow brought up throwing fuel to the fire.

Hopefully, they can get this sorted out (like adults and not air everything on social media) so that their son can continue his education.