Azealia Banks refuses to let this damn cat be dead in peace. The rapper is now planning to transform her deceased cat into yet another keepsake.

While Azealia Bank’s public antics were once funny, these days it’s hard to not be genuinely concerned for her mental well-being. The “212” rapper horrified fans earlier this week when she shared footage of herself digging up the bagged remains of her deceased cat that passed away three months ago. Azealia then boiled the remains of her late companion, named Lucifer, and turned part of his body into a shrine. She is now suggesting she plans to transform the cat’s bones into earrings.

On Thursday (January 15th), the problematic rapper showed off the cat’s bones, explaining, “After the peroxide bath, here is Lucifer’s jaw,” while posing with them as earrings.

Titanium cat jaw ear cuffs with a slick Ariana-y full lace wig pony… That’s fashion,’ she continued. The 29-year-old Harlem-bred rapper shared the disturbing footage in her Instagram stories of the entire ordeal, similar to those posted showing her exhuming Lucifer she posted (and deleted) earlier in the week.

Insisting that she hadn’t gone on to eat the dead cat’s remains after boiling it in peroxide, Azealia has also labeled her critics “racist,” adding: ‘this is very un-black lives matter of you all.’ 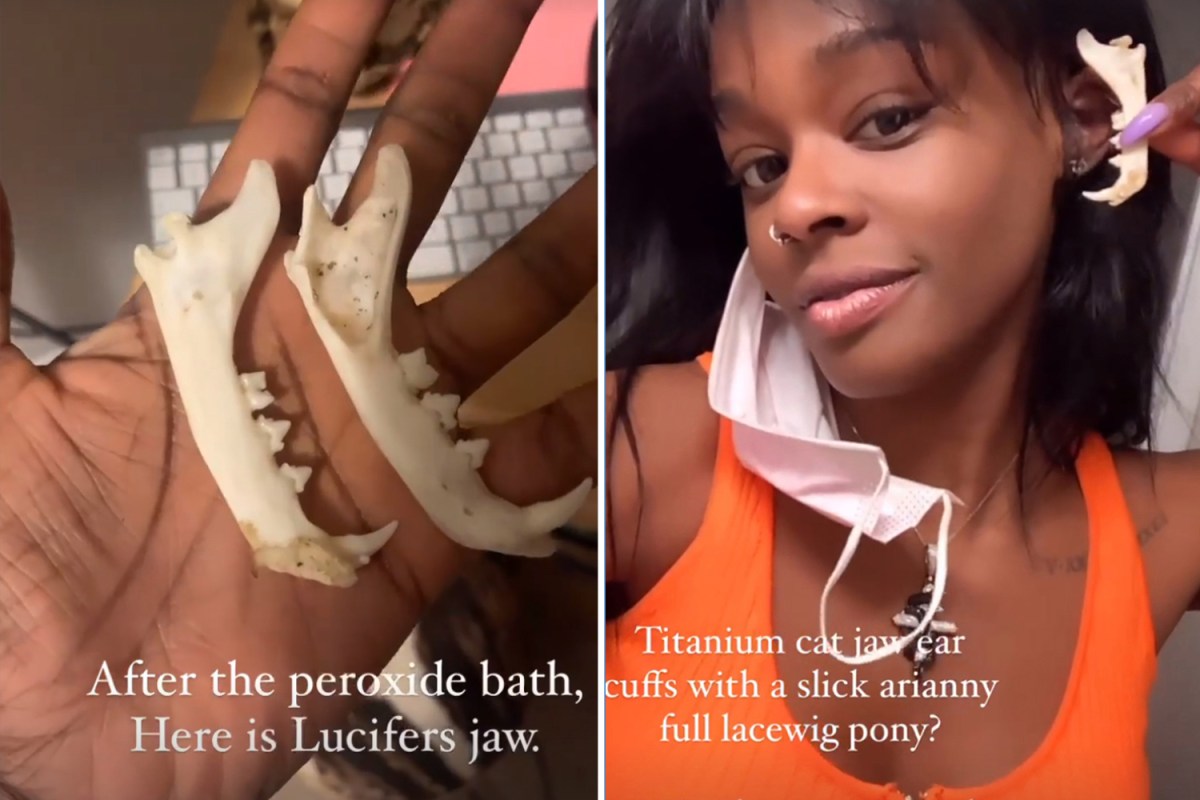 “Why do you think I would eat a dead cat when I can barely eat a dead cow. It’s called taxidermy…” she raged in a series of posts on Wednesday. “Plenty of hunters with preserved deer heads hanging off their wall. Darlings… You guys are being racist and this is very un-black lives matter of you all. The cat’s head is soaking in peroxide to fully clean him, then I’m taking him to a jewelry shop to have it gilded,” she added.

Chile. Are you here for Azealia’s new choice of jewelery or is someone going to go ahead and call the psych ward?