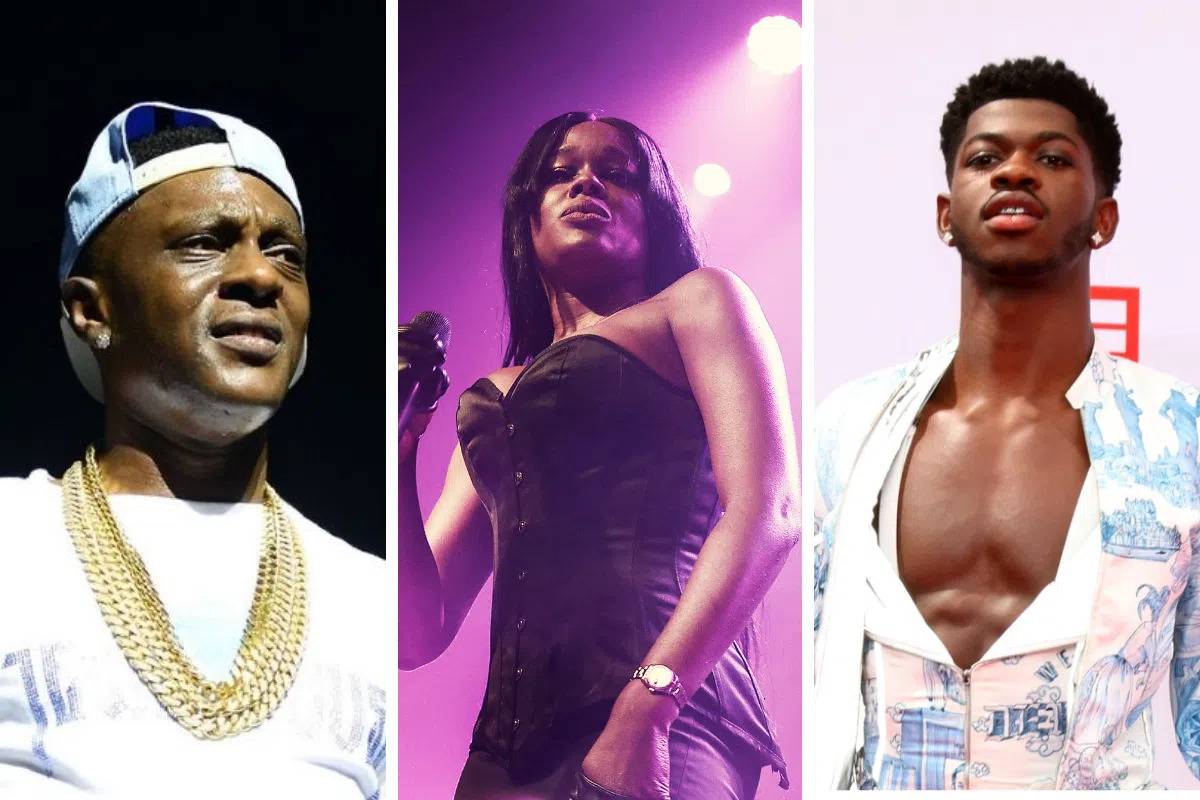 Rarely does anyone ask for Azealia’s unsolicited and often times off the wall takes, however… when she’s right, she’s right, I suppose.

There have been thousands of people criticizing Boosie Badazz for his homophobic rant against Lil Nas X. Boosie has had his foot on Nas X’s throat for months as he, along with many others, has targeted the Montero rapper for being open and forward about his sexuality. After Lil Nas X joked that he had a collaboration with Boosie in the works, the Louisiana rapper called him a “f-word” and told him he should take his own life.

The backlash against Boosie has been heavy, but he’s been standing ten town does on his ignorance. Azealia Banks minced no words in her series of posts about the controversy, calling out both Dave Chappelle and Boosie as “embarrassing,” while simaltaneously using words that Boosie probably won’t even understand.

“Dave chappelle is also about four years late to the transphobia outrage attention grab. And Lil boosie gets no extra streets cred for antagonizing a young black kid for who he chooses to love,” wrote Banks. “Lil nas x is not the catalyst for the generational debris left behind from centuries of psychological terrorism and the sexual exploitation of black men AND women on southern plantations via forced slave breeding/buckbreaking/bed wenching.”

She added that Lil Nas X didn’t invent “systemic oppression thru food apartheid, anti-literacy laws and the for profit prison industrial complex.” She accused such naysayers of wearing their “trauma & oppression as a badge of honor.”

“The fact that you have the confidence to publicly suggest he kill himself for living a life free of all the things that have completely obliterated your ability to see yourself as anything other than a ward of the state is absolutely heartbreaking,” Azealia said, adding that people like Boosie and Chappelle are being trapped.

“There’s a lot of corporate money invested in clandestinely and insidiously putting yoou and other black men n situations to trap you. It’s the hip-hop to prison pipeline. This is how they make their money. And keep you out of power.” Read through her post in full below and let us know if you agree with Azealia. Lord, that sounds strange to say especially considering Azealia has made her own ignorant comments about the community before, but I digress.