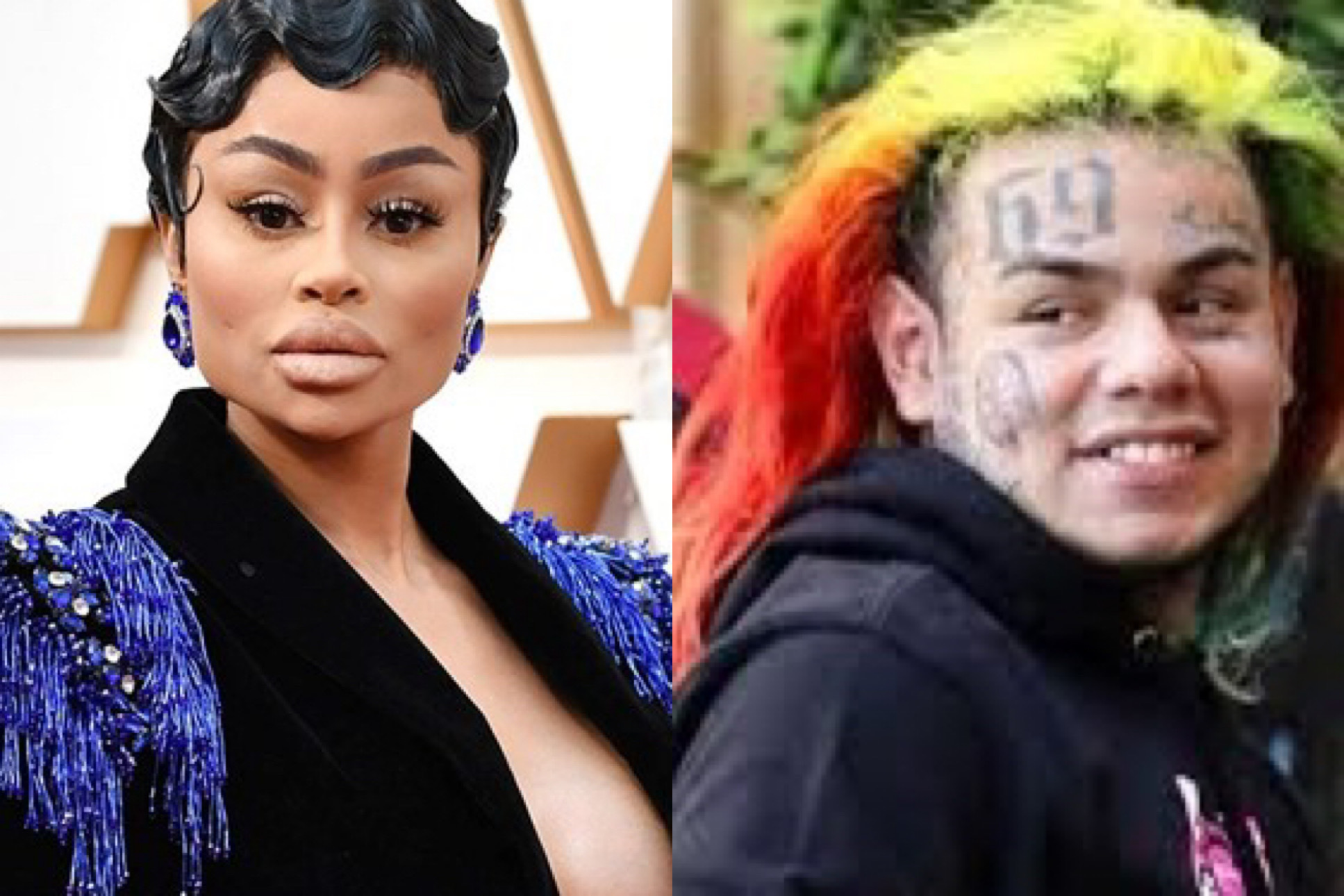 Blac Chyna isn’t exactly looked at someone with any type of standards so who’s really surprised that she’s shaking her ass for someone like 6ix9ine?

Unfortunately, the world less than 24 hours away from receiving Tekashi 6ix9ine’s first project since he was released from prison. The controversial rapper is back with Tattle Tales, his full-length album that trails on the release of his singles “Gooba,” “Yaya,” “Punani,” and “Trollz” with Nicki Minaj. There has been much speculation regarding Rainbow Brite’s acceptance back into the hip hop fold, but it seems like the trolling rap star has managed to pick up right where he left off in some aspects. He’s been promoting the release of Tattle Tales at every turn, and it looks as if he’s called on Blac Chyna for some nearly-nude help as his final desperate cry for help.

Tekashi 6ix9ine shared a brief video to Instagram hours ago where he’s sporting colorful liberty spikes while testing out his flame-thrower. Next to him is Blac Chyna suprisingly baring it all unairbrushed (although we’re sure that’ll look different in the actual video) stripped down to nothing aside from what looks to be carefully placed sprinkles.

Take a look at the clips below and let us know what you think? Are you excited to see this clash of the trash titans?