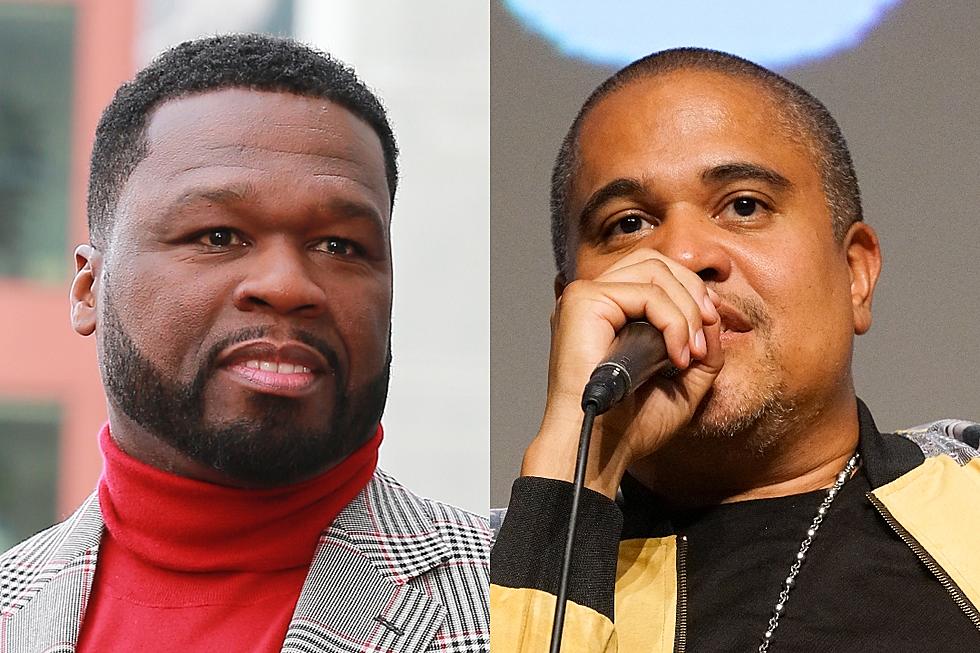 Apparently the Verzuz battle last night sparked all types of heated debate, including reigniting the beef that never ends between 50 Cent and Murder Inc, mainly Ja Rule and Irv Gotti.

It was only a matter of time before we heard from 50 Cent regarding the exciting Verzuz battle between Fat Joe and Ja Rule on Tuesday night. Given all of the differences that Fiddy has had with Joey Crack and Ja Rule, many expected the executive producer of Power to talk his shit last night, but he was rather silent… until Irv Gotti made some comments in the chat.

After everybody started talking about 50 Cent and whether he would make an appearance, Irv Gotti chimed in and said, “All y’all talking that 50 shit. All good. He got beat up stabbed up. Shot up. And sued us. That’s all I’m gonna say. Your hero ain’t what you think he is. Period. And Facts.”

Instead of aiming for the higher ground and ignoring the taunts, Fif played into Irv’s hand and fought back, dedicating a couple of Instagram posts to him.

Sharing a triplet of images of him bossed up, wearing a designer suit, and smoking a cigar, Fif wrote, “Wtf am i trending for, I said i ain’t doing whatever that shit is they doing. I put they whole label out of business, f*ck with me if you want to. I would stay out of my way if i wasn’t me. LOL.”

Thus far, Irv Gotti has not responded to 50’s latest posts. Neither has Ja Rule. We will keep you posted on how this progresses in the coming days. Man, these men will take beef to the grave. Thoughts?

I wish Irv Gotti would accept that 50 Cent is one of the biggest roles in the Murder Inc story. He brought the house down. Fif is the greatest villian ever. pic.twitter.com/khLHCywqGr