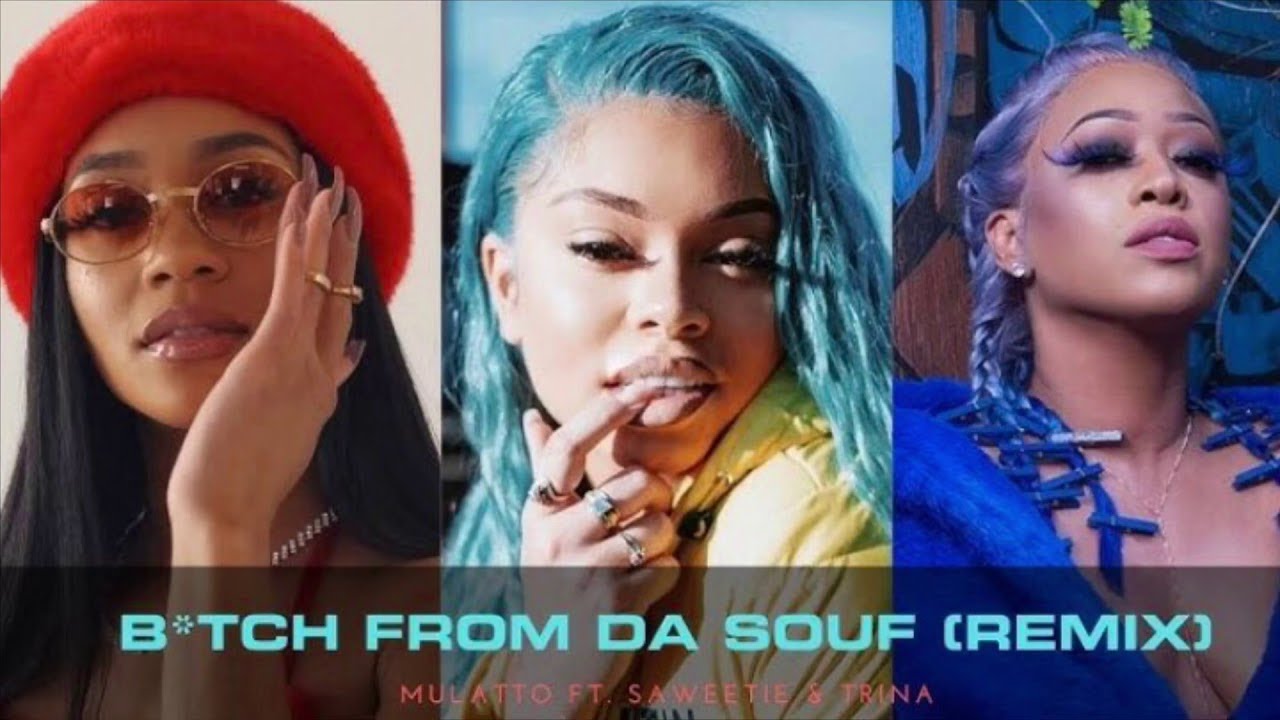 Trina and Saweetie come through for Mulatto on the remix.

Mulatto first came to the attention in 2016 after becoming the inaugural winner of Jermain Dupri and Queen Latifah’s reality show, The Rap Game. Although she was offered a deal with Dupri’s So So Def label, she turned it down and it appears that she chose the right path. She’s been buzzing since last year, thanks to the single, “Bitch From Da Souf.” Now, shortly after announcing her record deal with RCA, she capitalizes off the hype by releasing the official video to her previously released “Bitch from Da Souf” remix featuring a Miami legend and the Bay Area’s sweetheart.

The three women come together, mobbing out throughout the visual. “Having three female rappers on a song is one thing but bringing all three together for the music video is next level!” Mulatto told the folks over at Complex who premiered the video. “I’m especially excited to be dropping the video during Women’s History Month. I cannot thank Trina and Saweetie enough for being a part of this. The energy on set was unmatched. Saweetie is truly a sweetheart. Trina is a real-life role model, not only as a rapper but as a woman.”

Take a look at the video for the track and let us know what you think. ISSA BOP OR ISSA FLOP? Congratulations to Latto on her new deal as well!