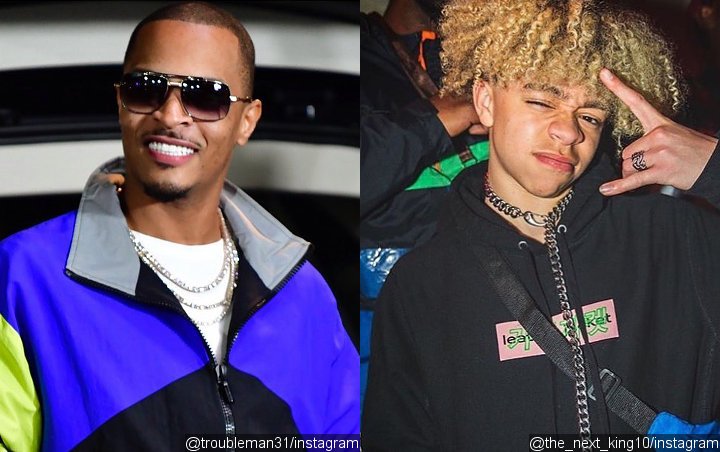 T.I. did not seem happy to find his 15-year-old son King Harris smoking weed in the hot tub.

With his birthday coming up at the end of this month, King Harris was looking for ways to unwind before the festivities started. Most 15-year-old boys would resort to video games or maybe a pick-up game on the basketball court. However, King was stuck in a cabin with his family. He ended up taking to the hot tub, seemingly rolling up a joint and puffing on it before his father caught him.

“What is you doing,” asked Tip on Instagram Live after panning the camera over to his teenage son. “I’m going to come kick your ass, man. You see what I’m saying? N***a down there sitting in the goddamn jacuzzi. I don’t know what he’s doing, man. It looks like he– what is he doing? Is this what it come to? What the hell? Go look at your son. I’m going to kick this little n***a’s ass. Who does he think he is? In my damn house?”

As pointed out by other outlets, this definitely seems a little less serious than his comments about his daughter Deyjah Harris. He no longer has the greatest relationship with his daughter after their hymen-gate drama played out in the media. We doubt he and King will have a falling out over this though. At the very least, Tip probably went down to the jacuzzi and asked his youngin to put out the joint.