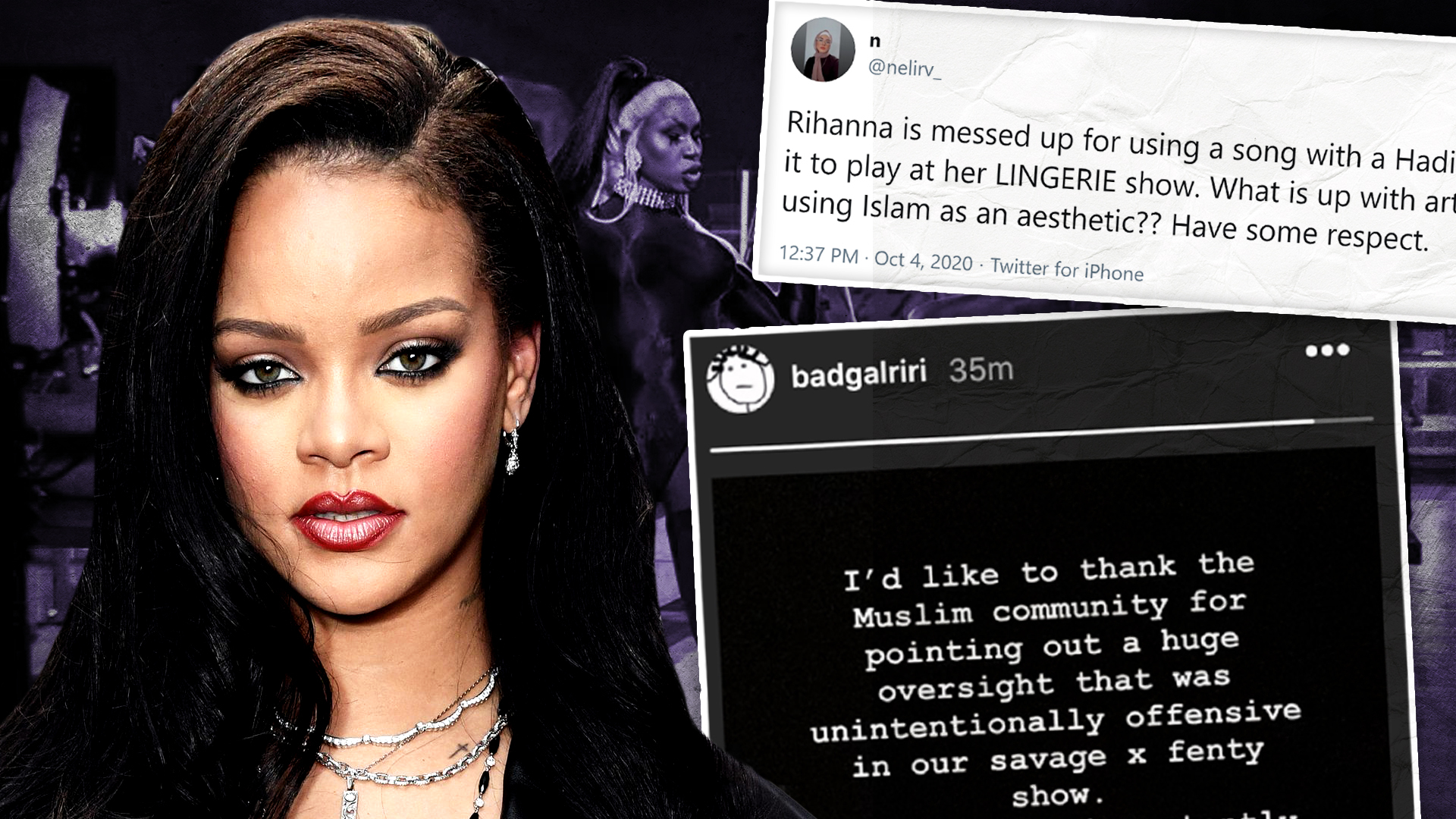 A wise man once said “more money, more problems” and that seems to be the case for Rih Rih as just a week after her acheivement of becoming the richest female musician in the world and hitting the billionaire mark, she’s being sued.

An alleged mistake made by Rihanna and her team has landed the mogul in court. Last October, Rihanna hosted yet another installment of her infamous Savage x Fenty runway show, and during the event, a song was played that offended many in the Muslim community. The track reportedly contained a hadith, and while the artist behind the song, reportedly Coucou Chloe, later publicly apologized for the inclusion of her song, as well as public apology for the oversight from Rih herself, it is reported by TMZ that she had filed a lawsuit against Fenty under the name “Jane Doe.”

it's the way if we speak hadiths or phrases from the quran out loud muslims would literally be arrested bc of folk thinking we're terrorists but here you have rihanna and her team using precious words of prayer and guidance as an aesthetic. i expected better from you @rihanna https://t.co/vS6Zyh99aU

According to Rihanna’s accuser, the company reportedly reached out to her to use one of her songs but instead, they aired a version of the track that “included a sample of sacred proverbs being chanted.” Doe states in her lawsuit that she immediately began receiving death threats over the scandal and clarified that she specifically told Rihanna’s Fenty team that there were two versions of the song. She adds that she “warned them not to use the Islamic proverbs.”

Doe alleges that she has been afraid for her safety as people have called for her murder and decapitation, causing her to go into hiding. Rihanna had previously issued a statement regarding the backlash.

“I’d like to thank the Muslim community for pointing out a huge oversight that was unintentionally offensive in our savage x fenty show. I would more importantly like to apologize to you for this honest, yet careless mistake. We understand that we have hurt many of our Muslim brothers and sisters, and i’m incredibly disheartened by this! I do not play with any kind of disrespect toward God or any religion and therefore the use of the song in our project was completely irresponsible! Moving forward we will make sure nothing like this ever happens again. Thank you for your forgiveness and understanding.”

Jane Doe is seeking $10 million in damages, citing she now suffers from anxiety and depression. Do you think Rih should be required to cough up some coins for an honest mistake?