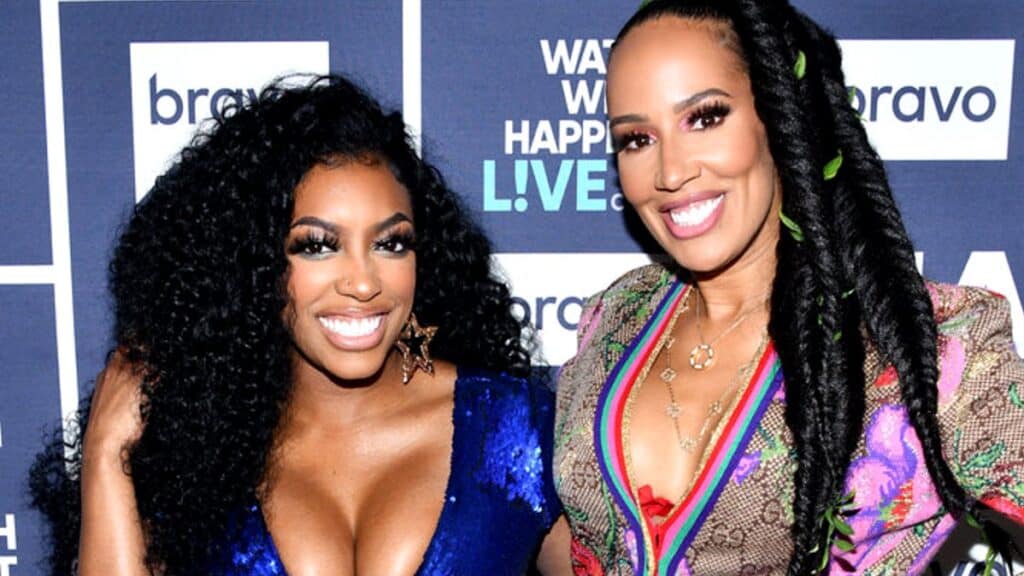 Whew, chile! It sounds like NeNe Leakes isn’t just missing a check by being left out of the upcoming RHOA season, she’s also missing out on the opportunity to bump coochie’s with her fellow cast members. Porsha Williams and an engaged Tanya Sam allegedly hooked up with a male stripper during Cynthia Bailey‘s recent bachelorette party in Charleston, South Carolina.

Following a report claiming “multiple” people had engaged in some girl-on-girl action before having sex with the stripper, a new report is claiming that the Real Housewives of Atlanta cast members who were involved were Porsha and Tanya. A number of other cast members, including Kenya Moore, Marlo Hampton, LaToya Ali, and Falynn Guobadia, denied their involvement.

Our good friends over at LoveBScott gave an exclusive account of Porsha and Tanya’s alleged involvement, noting that Tanya is “very engaged” to fiancé Paul Judge, who was accused of cheating on her earlier this year, and stating that the ladies allegedly retreated to a private room with the identified man after supposedly getting hot and heavy with newcomer LaToya. While it wasn’t specified what went down between the ladies and LaToya, the outlet said she “gets an honorable mention for her willingness to swim with the fishes.”

During Cynthia’s event, which was filmed for the upcoming season of RHOA, Porsha and Tanya reportedly attempted to hide their behavior from cameras. However, because they were wearing microphones, producers were able to capture usable footage of the wild bash, which certain cast members are reportedly trying to stop from making it to air.

Amid the new report, which came after Page Six claimed that the women were “so drunk” during their supposed encounter, Kenya shared a response to the rumor on her Instagram Stories. 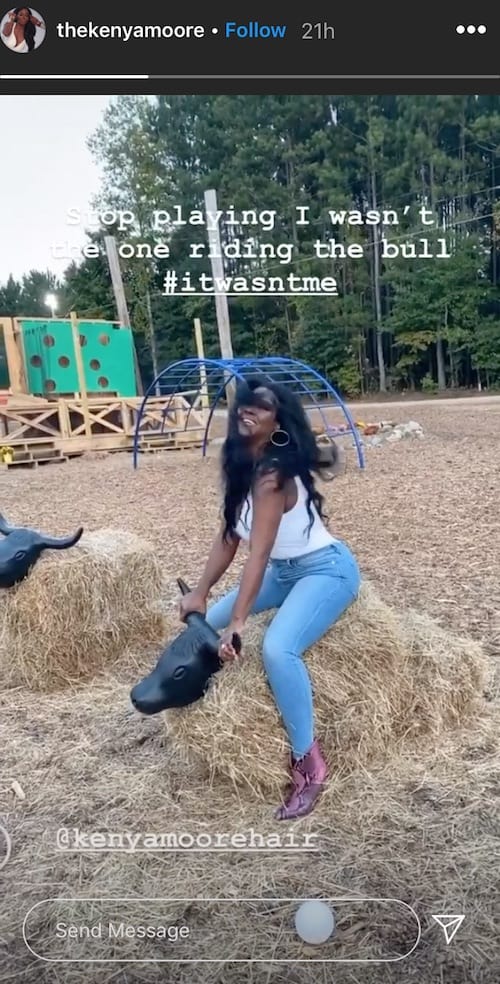 “Stop playing I wasn’t the one riding the bull,” Kenya wrote in the caption of an image of herself on a bull, adding the hashtag, “It wasn’t me.” LaToya, who joined the cast earlier this year, shared a similar message on her own Instagram Stories, even though she was accused of taking part in the girl-on-girl action. 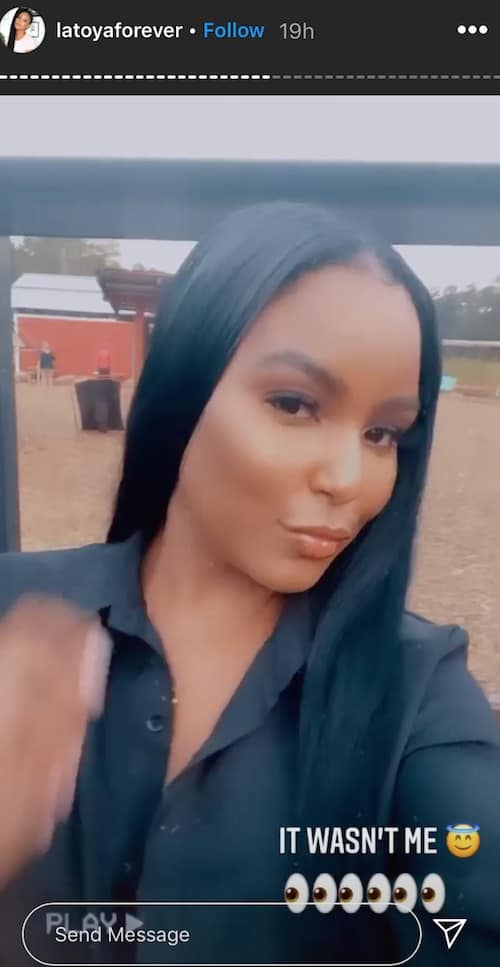 As for the other rumored newbie, Falynn, she shared a photo of herself on a yacht in Miami to prove she wasn’t involved. “Just me minding my own business in Miami not involved in no bachelorette nonsense,” she wrote. 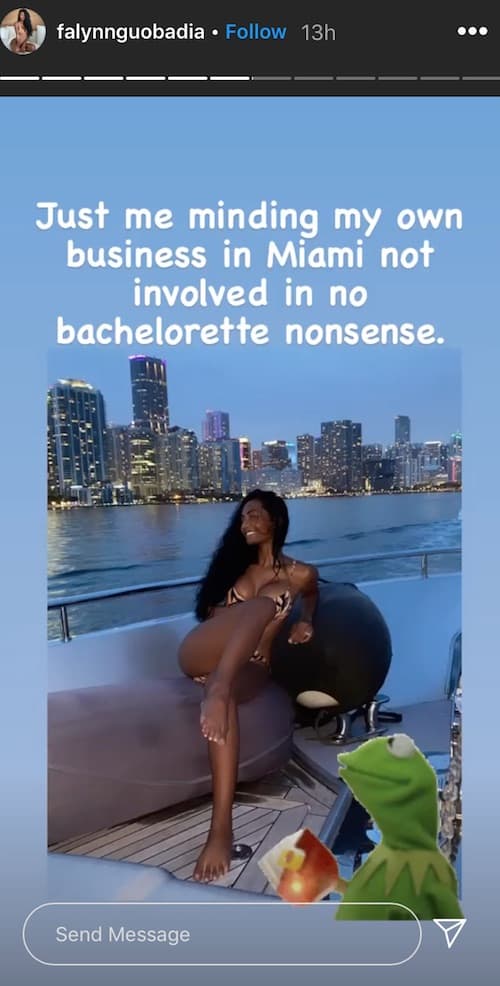 Marlo also denied she took part in the hookup by sharing a video of herself dancing to Shaggy’s “It Wasn’t Me” in her car. According to the Page Six report, the RHOA cast members were quite noisy during their rendezvous, which allegedly continued for about an hour. “[I was] hearing all these noises, sex talk and ‘F me harder,’” their source said. “She said when she thought they were finished, they started back up again.”

Ohhhh this use to be my jam! #itwasntme 😂

The Real Housewives of Atlanta season 13 will likely air early next year on Bravo. What do you guys think went down?