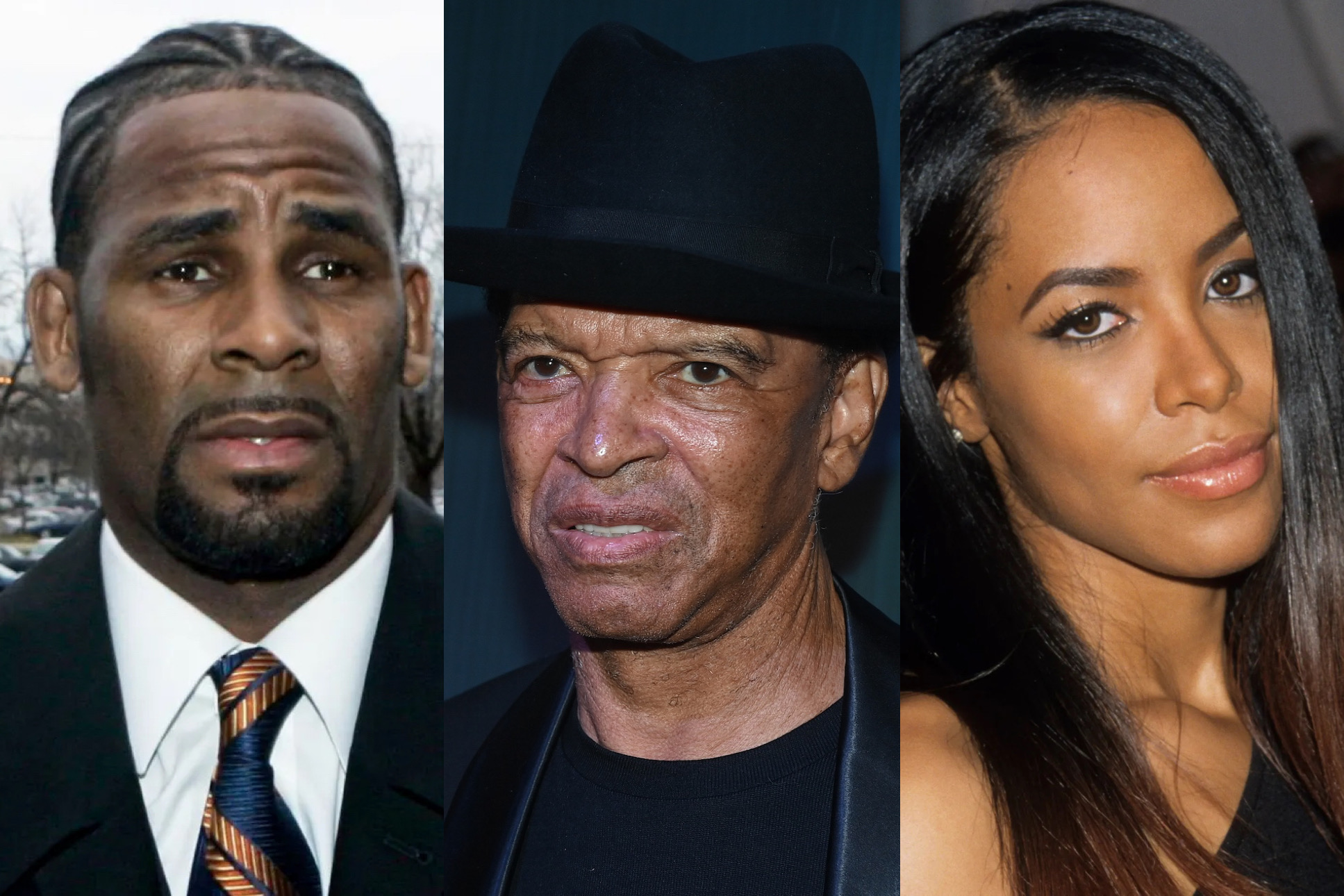 Chile, now that the pissy hammer is coming down on R. Kelly as his trial continues, it seems quite a few adults that were in Aaliyah’s life are scrambling to save themselves as more information on her relationship with Kelly as a minor is revealed.

Fuel has been added to the fire of the scandal involving the relationship between Aaliyah and R. Kelly. It has been long and widely reported that the disgraced singer carried on an inappropriate relationship with Aaliyah when she was a young teen, even marrying her when she was just 15 years old. Sadly, Aaliyah would never get the chance to share her side of what occurred during those early years as she was entrusted to Kelly by her family to help shape her career, but there has been speculation for decades.

We have recently seen Aaliyah’s catalog finally make its way to streaming services now that Blackground Records is back up and running thanks to its owner, Aaliyah’s uncle, Barry Hankerson. He has been on a press run to speak about his new app as well as Aaliyah’s life and career, and recently saw fit to sit down with Dr. Oz and release any blame from himself in regards to her relationship with Kelly.

During the chat, Hankerson was once again asked about Aaliyah’s relationship with Kelly, and he was insistent that he did not know that she was allegedly being sexually abused. “Didn’t have a clue,” he said. “Completely ignorant to it.” However, he did admit that there were members of the family that knew about what was going on.

“I think my sister knew a lot more than what we thought she knew,” Hankerson said of Diane Haughton, Aaliyah’s mother. This brief clip has slowly begun circulating online and fans aren’t believing his story. However, there have been rumors about who did and did not know about Aaliyah and R. Kelly. People have come forward to blast Hankerson over this interview as they recalled him continuing to work with Kelly following Aaliyah’s death. I also find it very hard to belive as her manager Hankerson had no idea what was going on, especially if so many other did around him including his sister as he alleges.

A post shared by FAN PAGE FOR AALIYAH (@hdaaliyah)

with all this Aaliyah talk & everyone having a story & now her Uncle Barry Hankerson speaking on Dr. Oz. I think it’s time for Aaliyah’s mom Diane to speak. I understand she still mourns but don’t let these people destroy your daughters legacy & ruin your reputation as a parent

Aaliyah stated in 2001 she will never talk about certain things (this was regarding the RK situation when asked about it) so Barry hankerson going on tv talking to dr oz about this shit all while taking jabs at her mother insinuating shit is going against his nieces wishes.

This shit that just happened says a lot about him. He is more worried about making himself look good after the public & us fans came at him over the years for being an asshole. This is his way of taking heat off him by applying pressure somewhere else & using the rk situation.

Holly Shit #BarryHankerson on Dr. Oz spilled tons on tea on Aaliyah’s MOM! Interesting she had no problem with her working with R. Kelly even after their shotgun wedding #Aaliyah #AAA16thAnniversary #RKellyTrial Damn! Scandal!