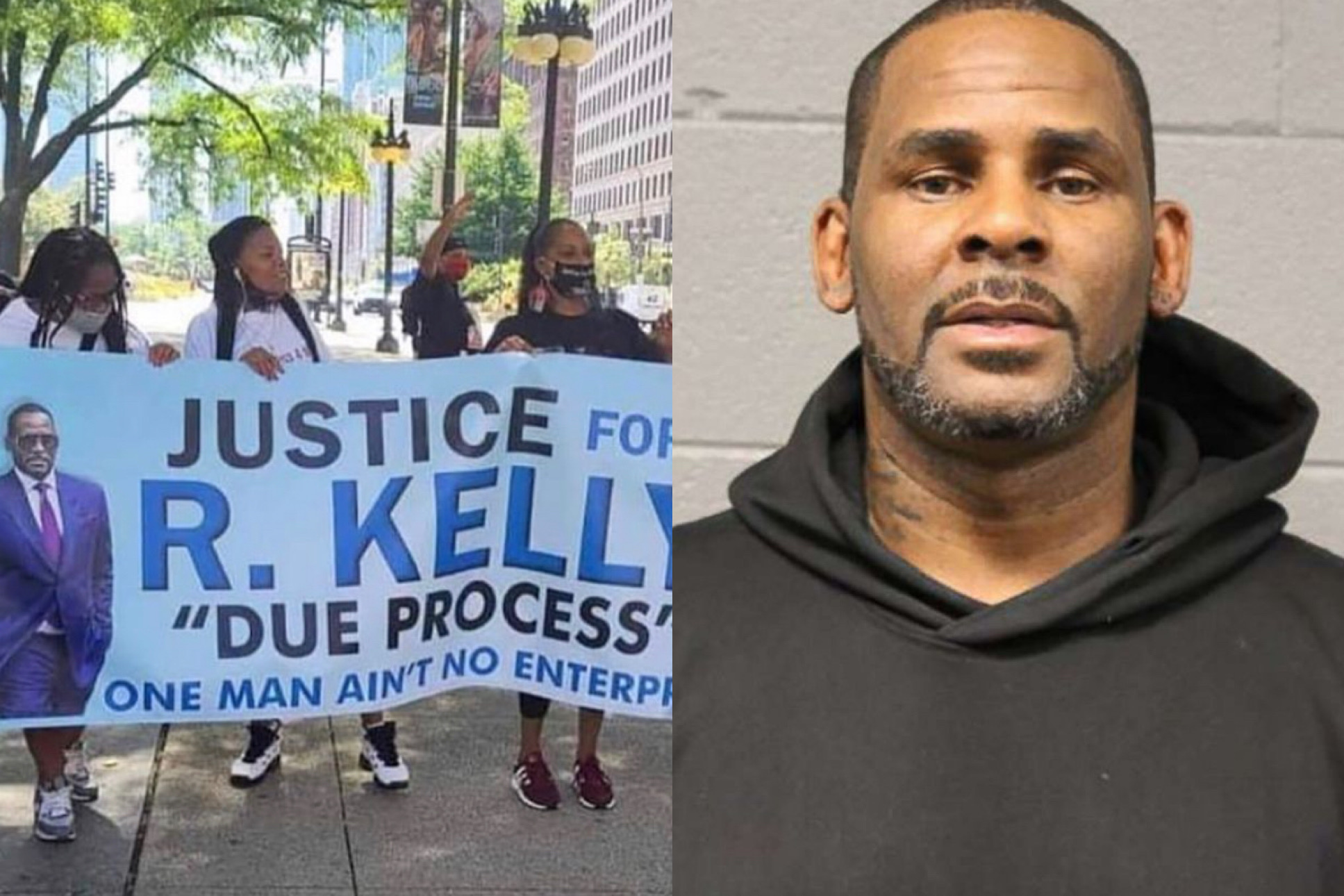 Fans of the pissy pied piper apparently hit the streets demanding his freedom.

Things have not been looking good for R. Kelly for a long time now. Though the allegations of child molestation and grooming have gone on for decades, law officials are making it clear that they’re aiming to put R. Kelly behind bars, once and for all. And while a rather large majority of people are hoping the outcome leads to the embattled singer spending his remaining days in prison, it seems like there’s still a strong vocal minority fighting for his freedom.

Footage emerged earlier today of alleged Free R. Kelly protests happening in Chicago. Men and women gathered through the streets demanding justice for the singer as well as his freedom. The chants varied from “Free R. Kelly” to “Where were the parents,” while carrying a massive banner reading, “Justice For R. Kelly.”

The protest arrives days after Kelly’s lawyer filed another motion to the judge complaining about the possibility of his case being pushed back. The trial date is set to Oct. 20, 2020 but due to COVID, there’s a chance it might be delayed even further. “They cite, primarily, that pandemic and its related difficulties, including the need to quarantine witnesses, and the difficulties associated with the trial of this magnitude in the current environment,” his lawyer stated, per The Blast.

“That is not Mr. Kelly’s fault and that should not be Mr. Kelly’s problem, and Mr. Kelly should not be the one who has to suffer, remaining in archaic jail conditions that are medieval, so that the Government can more conveniently prosecute its case.”

Check out footage from the protest below.

People in Chicago are marching for R Kelly pic.twitter.com/rOOAxZBeWX