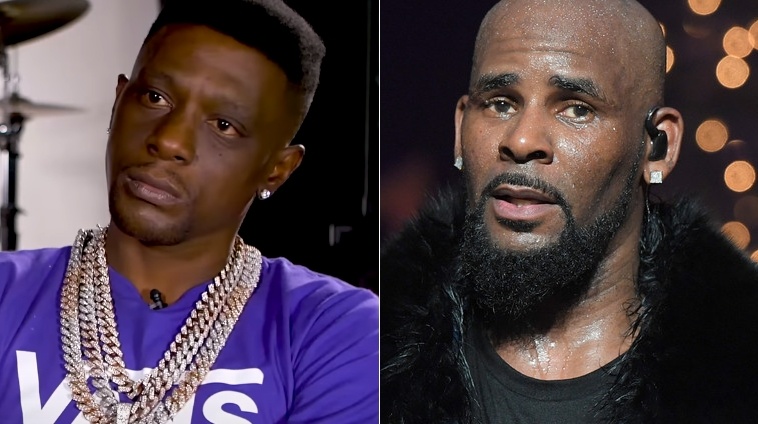 Boosie Badazz believes that R. Kelly is the greatest hitmaker of all time and says no other artist can hold a candle to the R&B singer.

There are plenty of industry professionals who are turning their backs on R. Kelly as his sexual abuse cases roll forward. Even so, both fans and Kelly’s collaborators are finding it difficult to separate the man from the accusations that have plagued the singer for decades. Prosecutors allege that the singer has been involved in sex trafficking and child pornography, but the world will have to wait to learn the outcome of his criminal cases. Boosie Badazz is a fan of the incarcerated singer and during a recent interview, he had quite a bit to say about Kelly’s placement in the industry.

While speaking with Vlad TV, Boosie and Vlad discussed Jada Pinkett Smith and August Alsina’s “entanglement” drama. Because August was much younger than Jada, Vlad tried to suggest that comparisons could be drawn between her relationship with August and Kelly’s manipulation of young women. Boosie didn’t agree with that assessment, but he did jump in to mention that no artist could match Kelly in a Verzuz battle.

“Nobody! Who you gone call? Michael Jackson? No. Beyoncé? No. Nobody got more hits than R. Kelly,” Boosie said enthusiastically. Vlad mentioned Stevie Wonder. “He can’t f*ck with no R. Kelly. Stevie Wonder can’t f*ck with no R. Kelly! Let’s keep it real man… I don’t give a damn what he did, who he f*cked. I know he f*cked up, but when it come to talent, we cannot take this away from R. Kelly ’cause you don’t take it away from Michael Jackson, so we ain’t gonna take it away from R. Kelly.”

Things just intensified from there as Vlad named off hits from Prince, Michael Jackson, and Stevie Wonder but Boosie wasn’t budging. Even Beyoncé wasn’t in the running for Boosie. Check it out below.