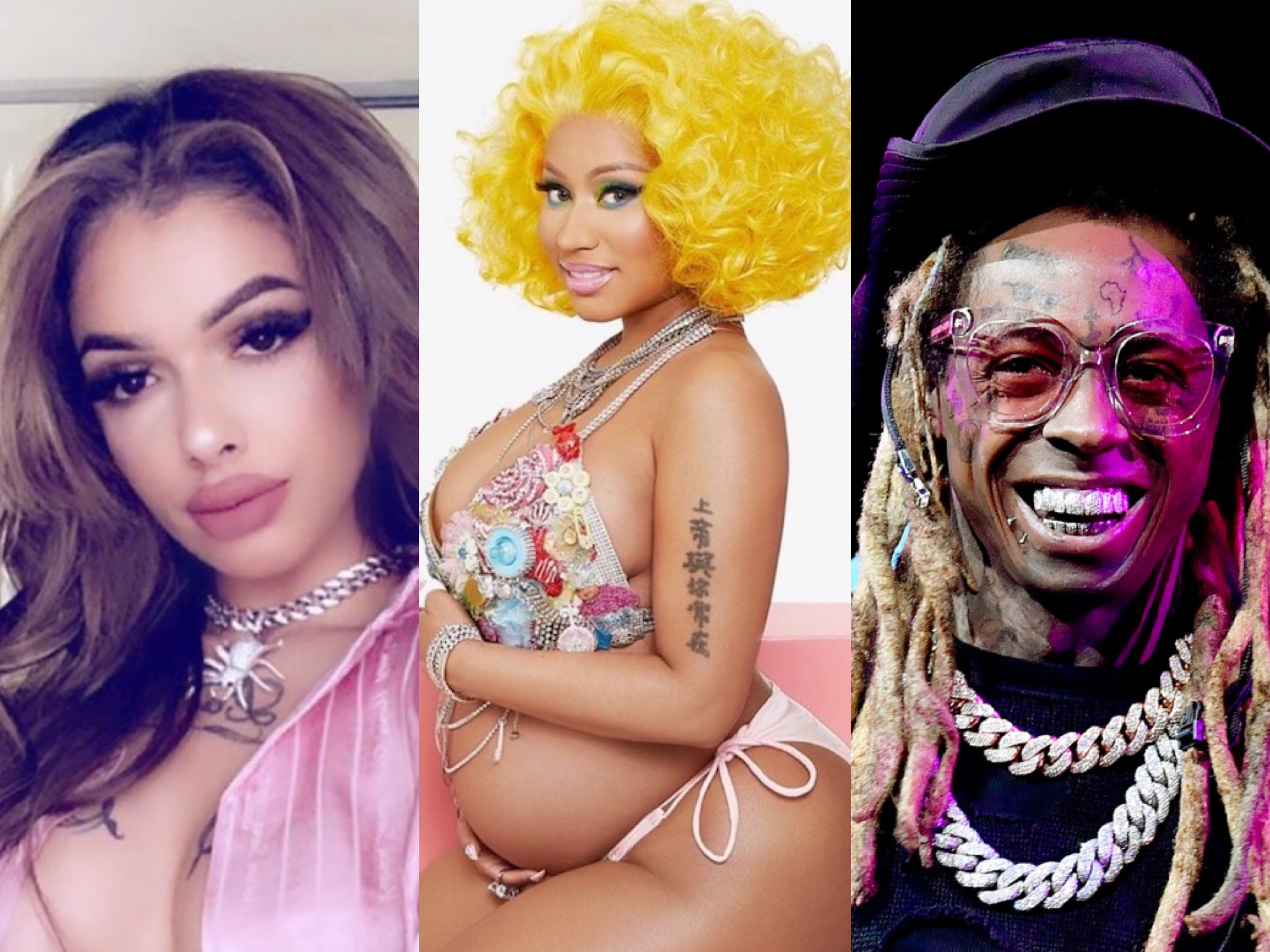 Celina Powell was a guest on No Jumper, where she allegedly revealed Nicki Minaj’s baby’s gender, saying that she found out through Lil Wayne and Tekashi 6ix9ine.

While Celina Powell isn’t always the most trusted source of information — in case you forgot, she rose to fame by faking pregnancies and lying on rappers — she sometimes hits the nail on the head. This story, for some reason, feels like it could be true, especially considering Nicki’s own sister is allegedly saying the same thing.

Celina Powell is carelessly doing the same, explaining that she was eavesdropping on a phone call that Lil Wayne was having with somebody while she was with Tekashi 6ix9ine.

“Anyway, Nicki Minaj is pregnant with a girl,” said Celina Powell during her hour-and-a-half-long conversation with Adam22 and No Jumper. “[Tekashi 6ix9ine] confirmed it but I actually heard it from Lil Wayne. I was with somebody and Lil Wayne FaceTimed him and they were talking about Nicki’s pregnancy. I was like ‘Oh my god!’ and I wanted to record the conversation so bad but I knew I would get kicked out and I didn’t wanna fuck up my relationship with that guy.”

@adam22 begged me to take this pic. The excitement in his face says it all 😭

She explains that Wayne had brought up the baby’s gender, wondering what to get Nicki as a welcoming gift.

Celina doesn’t actually go on to reveal the baby’s name, since she doesn’t actually know it yet. As always, this should be taken with a grain of salt. Whether you’re a fan of Minaj or not, Powell is actually dead wrong for sharing this information if true. I’m actually quite surprised no one has beat her ass yet. Thoughts?