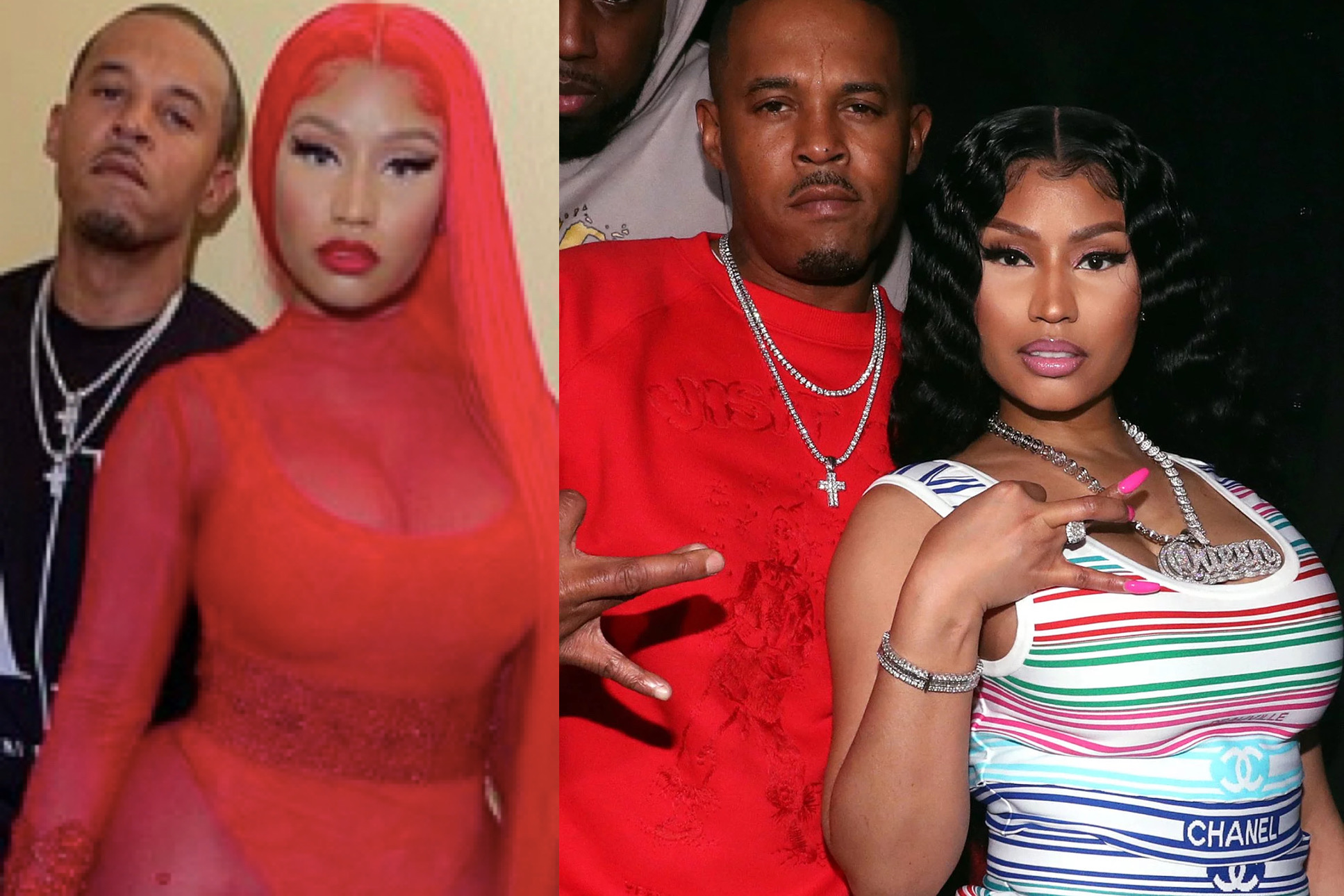 Alright, let’s keep it a stack.. a rapper being affiliated to the streets? Not really anything surprising or ground breaking, right? But when you’re a self proclaimed ‘Queen’ who’s supposed to be above so many others, yet you’re putting on your best Mob Wives cosplay and attempting to harass your husband’s victims?… not so expected.

Most would expect that as you grow in life and get older that you’d want to further remove yourself from the streets or ‘hood’ mentality, but it seems with her union, Nicki Minaj is literally married to the streets. Tyrone Blackburn, the attorney representing Jennifer Hough for her witness intimidation lawsuit, says that both Kenneth Petty and Nicki Minaj are affiliated with the Makk Balla Brims gang based in Queens, New York. Blackburn made his accusation in court to Judge Eric Vitaliano this week and to prove his case, Blackburn showed the court footage of the couple in Jamaica, Queens..posted up with what’s believed to be their gang.

Connecting his allegation to the lawsuit, Blackburn explained that members of this gang have harrassed Hough online.He said: “Shortly after Petty and Maraj are spotted with their gangster colleagues, a member of the gang posted a death threat to Ms. Hough on Twitter, stating: ‘Jennifer if you see this, the Makks are coming to get you.’”

Now, what’s interesting about this is for the last few years since Minaj reunited with Petty, she’s been pretty open about what’s at least an affiliation to the gang, throwing up signs with her hubby in various photos, mentioning it in quite a few lyrics, and even Minaj’s fans have mentioned it over the course of their relationship, some with running jokes about it via social media, so this certainly could end being a situation where wanting to look hard and putting everything online bites you in the ass.

It should also be mentioned that the footage of the Petty’s in the streets of NYC with said gang members also features them screaming “come outside! we outside” and asking “what money?” to the IG live camera which is believed to be directed at Hough who had shared that she was back in the city just a day or so before.

What do you guys think of all of this? Whew Chile!