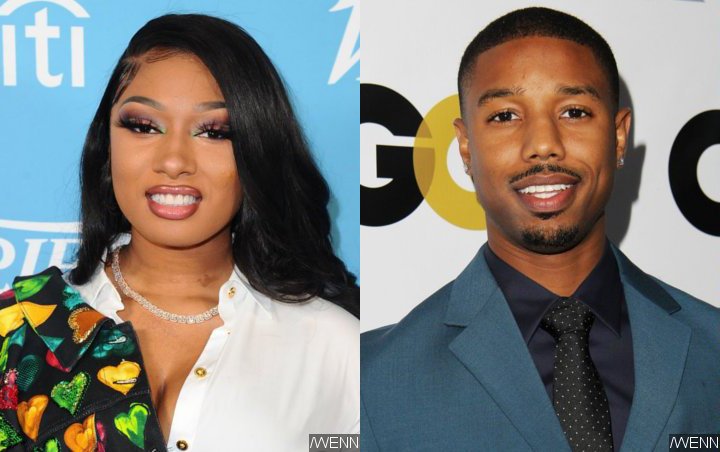 Megan Thee Stallion released a new freestyle and people think she’s shooting her shot to upgrade from Leprechaun’s to a everybody’s favorite crush.

We’re all waiting for Megan Thee Stallion to unleash her debut studio album. The Houston-bred rapper has been one of the biggest names in music this year, hitting #1 for the first time in her career with “Savage” and returning with her feature on “WAP”. Of course, she’s also been wrapped up in one of the biggest scandals in recent memory.

Her album has been heavily teased and, as we continue to remain patient for it, Megan is blessing her fans with a new freestyle series. As expected, it started off very hot.

I think ima drop these up until my album drop 😛😛🔥🔥🔥🔥 REAL MF HOT GIRL SHIT pic.twitter.com/9BP5x9EKO0

Heading into the booth to rhyme over a beat produced by Lil Ju, Megan immediately kicked off the series with some quotable lyrics, which many believe are referencing Michael B. Jordan.

“I’ma hot girl, I don’t do titles/If I do date, it’ll be Michael,” raps the superstar. Everyone is trying to figure out which Michael she’s referring to but the proof might be in front of our very eyes.

Megan and Michael B. Jordan previously attended two fashion shows for Coach 1941, sitting in the front row together. Then, when Megan uploaded a twerking video in the pool this summer, she caught the attention of the actor again, who commented an ice-face emoji.

👀 Since we dropping emojis #MichaelBJordan #MeganTheeStallion

While she may be referring to another Michael entirely, the public’s best guess is the Black Panther star.

Later on, Megan addresses everyone trying to make her into the “bad guy”, rapping: “Y’all wanna take me out so bad/I make all of y’all hoes so mad”. She follows up with: “Hoes got jokes but don’t ever wanna stand up/Hoes got balls but you know I got handles/Damn, I must be Olivia Pope ’cause y’all keep puttin’ me in all of these scandals”.

The freestyle is undeniably hot, getting everyone excited for more new music from the H-Town Hottie.

What do you think? Were you feeling it? More importantly could you see Megan going to Wakanda forever?