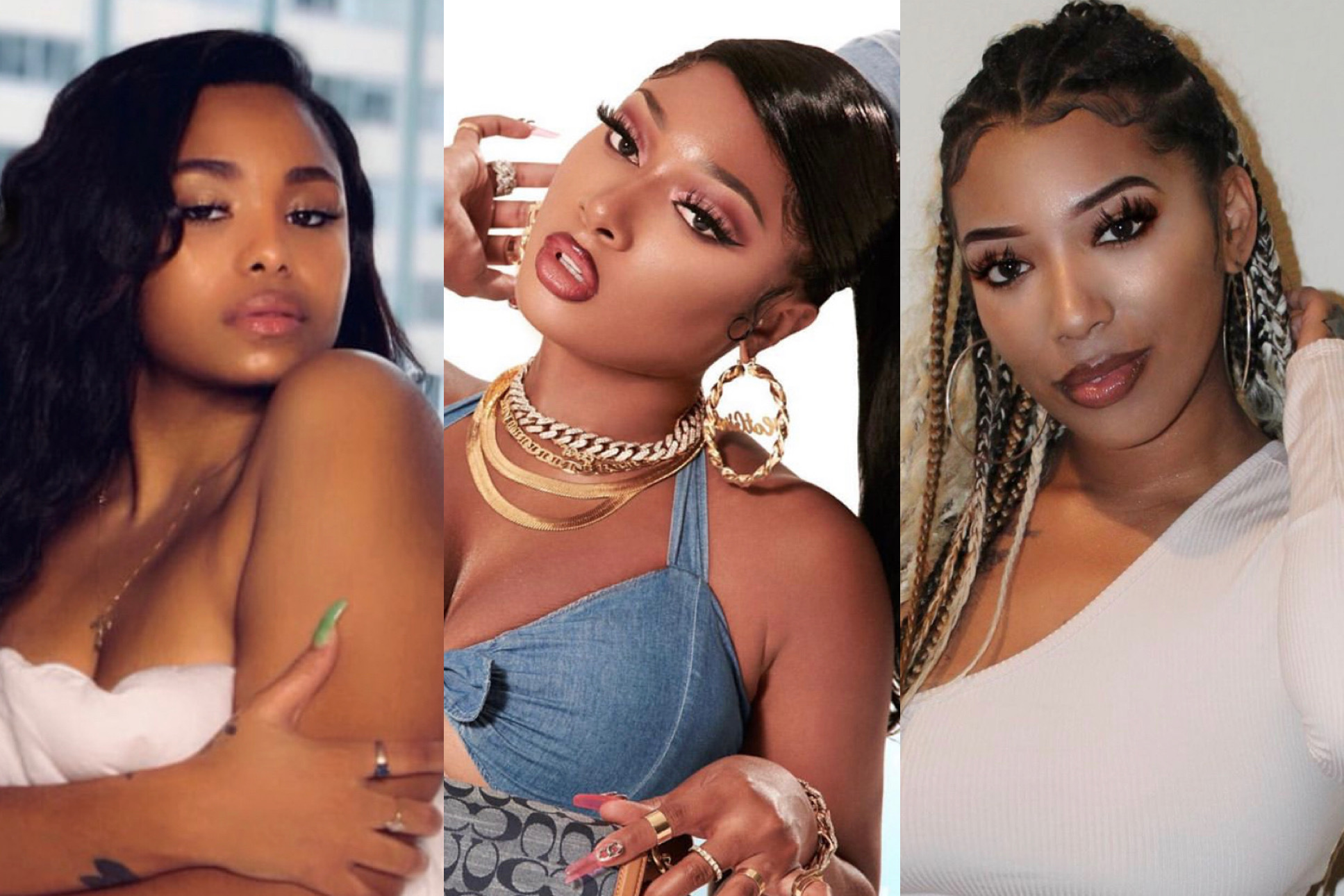 She also stated that Kelsey made claims that Tory Lanez had physically assaulted her.

She’s remained fairly quiet during this whole series of events, but Megan Thee Stallion’s friend (or former friend?), Kelsey Nicole, is being called out. It was previously reported by many outlets that Megan and her best friend Kelsey were no longer following each other, and some believe it has to do with the July shooting incident involving little keebler elf Tory Lanez. Kelsey has already admitted that she was present during the altercation, and now that Tory has shared his side of the story on his album Daystar where he denies shooting Megan, another of the Houston rapper’s friends has publicly condemned Kelsey for keeping quiet.

AND I OOP. If looks could kill. #HOTSHOTS 🔥😍 #MeganTheeStallion comes through with a cold and icy message for somebody with the simple caption “mood.” Y’all think this is directed to the leprechaun king or coincidence? ☕️👀 #theestallion #torylanez #daystar #savage #wap #femalerappers #femalerapper #meg #megthestallion

“Since you linking with the opps, you disqualified b*tch,” a woman named Jaeliey wrote on one IG Story slide. Later, she penned a lengthy, angry message to Kelsey where she slams her for remaining silent. “How can you come in my room that day at the LA house and say (verbatim) TORY SHOT MEGAN..you forget you came back around 4pm after you dropped off telling me the details bout how he f*cking pulled out a gun during a petty argument and he got mad and shot her.”

After spewing a few insults about Tory Lanez, Jae asked Kelsey, “But now you being quiet? You coward ass mouse b*tch..really lied to ME of all people about being injured bc Tory was beating yo ass?!? what happened to that? Why you ain’t say sh*t??????? But Meg supposed to be your best friend..that’s not how best friends work and you know you wrong God gone handle you accordingly.”

She also stated that Kelsey mentioned that she would need to be paid in order not to speak and added that Kelsey posted a photo with some new jewelry, insinuating that she may have received money. “Remember how Tory called you and i told you to decline it and we both listened to a voicemail of his ass crying saying how sorry he was for shooting her and how he was too drunk? That amnesia a fool huh.”

Kelsey caught wind of Jae’s remarks and issued a response over on her page. Get home girl to 10k Goodnight y’all,” she wrote on her IG Story. “When I’m ready to speak my truth , I will . Until then … keep throwing rocks . I’m noting everything.” Check out the posts below.