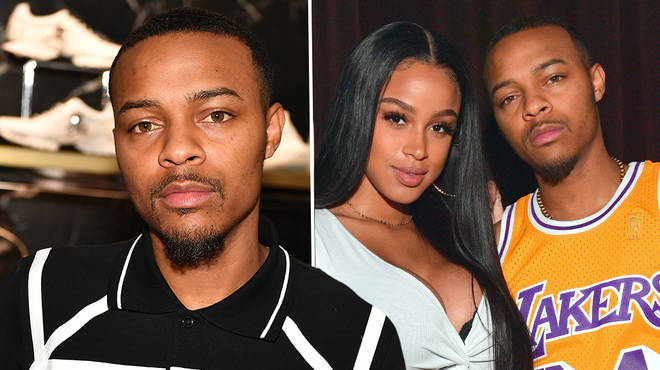 In the alleged audio of Kiyomi and Bow, she claims he punched her in the stomach before the rapper can be heard refusing to let her leave the room as she continuously asks him to allow her to go.

We’ve already experienced one leaked audio this week , but there is another on the horizon. Yesterday, an audio clip of Joe Budden and his ex-fiancée Cyn Santana surfaced online where they discussed an argument they’d previously had. Cyn accused Budden of “dragging” her during the phone conversation, but he denied the accusation. This comes weeks after his ex-girlfriend Tahiry also publicly accused him of breaking her nose and pushing her down the stairs. Now, Bow Wow is in the hot seat as an audio clip has surfaced that is allegedly the rapper and his ex-girlfriend, Kiyomi Leslie. You can hear the woman, allegedly Kiyomi, repeatedly asking the man, allegedly Bow Wow, to let her leave the room but he refused. She also said in the audio that he punched her in the stomach.

You may remember these two having mugshots released after a very public fight that led to the end of their relationship. This leaked audio follows a scathing tweet that Kiyomi post-and deleted back in July. “Bet he won’t tell y’all the police been called out more than that one occasion and his family lied & covered for him that time,” she reportedly wrote. “He beat me while I was pregnant. Punched me in my stomach & all… lost my baby and still covered for the weak ass n*gga.”

Erica Mena dated Bow Wow years ago and made claims that the rapper physically abused her, Kiyomi Leslie, and his other ex-girlfriend Ciara. In February 2019, both Bow and Kiyomi were arrested following a violent altercation. Bow Wow hasn’t directly responded to the clip, simply posted to his story revealed he’d be releasing an album dedicated to his exes soon.. now look what we have to deal with. You can listen to the clip below. Thoughts?