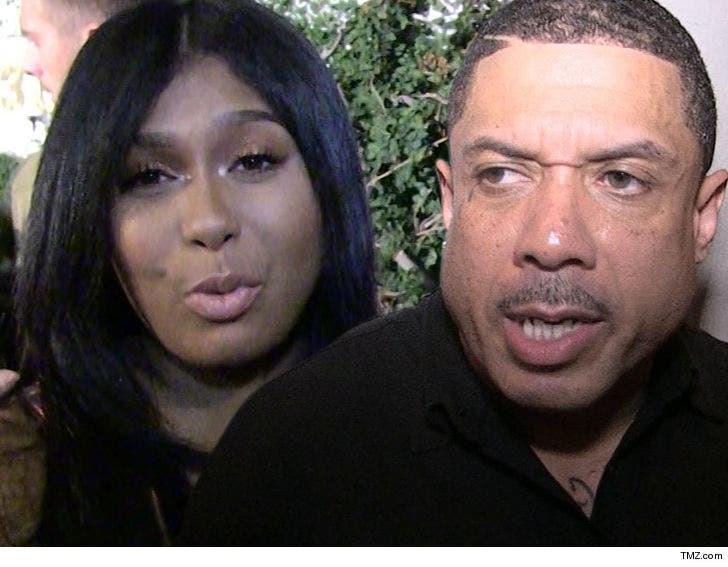 Benzino is in the news again, and it doesn’t have do with Love & Hip Hop or The Source magazine or finally finding his neck. The Boston rapper turned reality star was arrested for property damage due to a jealous rage, allegedly.

It reportedly went down last Friday (July 31), when he got into a shouting match with a man who was hanging with his ex-girlfriend and baby mama, fellow reality star Althea Eaton.

According to TMZ, That other man told cops he “and a female he has been seeing, Althea Eaton, were out for a walk in the neighborhood” but when they got back to his truck, Benzino “approached him in a threatening and harassing manner.” Cops say the man told them he didn’t know Benzino and had no idea Althea was involved with someone else.

According to the police report, the guy tried getting into his 2018 Chevy Silverado but Benzino wasn’t having it, and allegedly hit the truck multiple times with his fist. Cops say they saw 2 dents in the driver’s side door.

Now, Benzino told a much different story — claiming he was in the area watching his son play tennis when “a male came up to him and told him he was going to shoot him.”

Benzino denied damaging the dude’s truck, but witnesses backed up the other man’s claims. Benzino was ultimately arrested and booked on 1 count of criminal damage 2nd degree and 1 count of disorderly conduct. He was taken to Gwinnett County Jail where his bail was set at $8,450, and we’re told he remains behind bars.

Cold world. We were under the impression that Althea and Zino had been done…fellas, are you still out here thinking your children’s mothers are your property? What do you guys think?