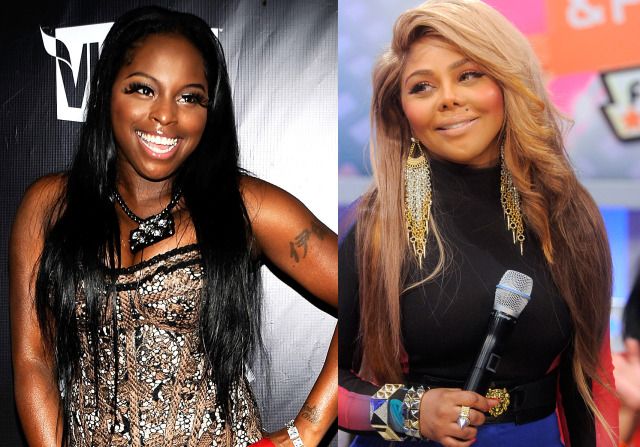 Instead of enjoying a potential comeback, is Foxy Brown too focused on her long time feud with Lil Kim?

We finally received a new project from Nas this week which was arguably infinitely times better than his collaborative effort with Kanye West. The rapper’s new project, King’s Disease, executive produced by Hit-Boy, came along with several surprises. Not only was Nas delivering some real grown man ish on it but he also enlisted a slew of top-tier collaborators including a reunion with The Firm. Foxy Brown’s verse made headlines with her return since it has been a hot minute since we’ve heard from her… or actually heard her sounding decent.

Shortly after the song’s release, fans immediately gave Foxy her flowers as one of the best female rappers to emerge in the game. However, she took to Instagram where she seemingly fired shots at someone while feeling herself. “Dickrider postin’ like we goody,” she wrote at first. Though it was a pretty general statement to make, it was her later posts that made many speculate that she was speaking about Lil Kim.

#FoxyBrown with a message for someone 👀 (SWIPE)

Fans emerged onto the timeline chiming in with their opinions. Some stated that Foxy is childish for dragging a beef from the 90s into 2020 while others welcomed the drama. Check out some of the responses below. Do you think the Queen Bee was Foxy’s intended target?

Ladies and gentlemen, I present to you… Foxy Brown randomly dissing Lil Kim instead of celebrating her potential comeback. People love to hate on Kim and call her bitter for speaking her mind and defending herself but stay real SILENT when people are bitter towards her. pic.twitter.com/wUBxsiCT5W

it’s been 24 years and foxy brown is still talking about lil' kim? pic.twitter.com/L52jkrJdJp

Why Foxy Brown shading Lil' Kim still on her insta story the beef is ancient and has aged like King Tut pic.twitter.com/d2UdRVIqqa

Not Lil Kimmy Neutron and Foxy Brown beefing like its the 90s😭🤣 pic.twitter.com/9CGxLCUIkl