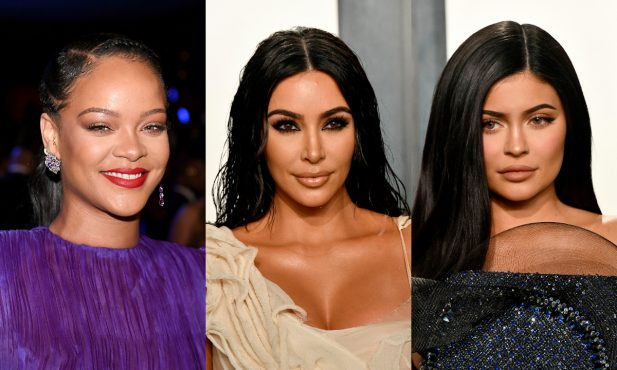 There’s no doubt that the Kardashians have the coins but Kim Kardashian is apparently raking in the most out of all of her sisters. According to the latest edition of Forbes’ America’s Richest Self-Made Women list, Kim Kardashian’s $780M net worth has her sitting comfortably at #24 at the age of 39.

Much of this income comes from Keeping Up With The Kardashians and her cosmetic line but what’s interesting about this list is that she now sits above Kylie Jenner, and her mom/manager, Kris Jenner. At 23, Kylie Jenner is banking in $700M off of her cosmetics line, sitting two spots below Kim at #26. Meanwhile, Kris Jenner makes the list at #92 with $190M off of cosmetics and momaging while the Queen Bey herself Beyonce enters at #55 with $420 million.

Rihanna also made the list, sitting at a cozy #33 with $600M off of predominantly the giant that is the Fenty brand and music… which she hasn’t released four-going-on-five years now.

Of course, alongside Kanye West’s fortune, Kim Kardashian’s net worth spikes even further.

Every person who made the list of the 100 richest self-made women in America list have a combined wealth of $90B. Of course, Oprah’s $2.6B has her sitting well above any of the other entrepreneurs in this article, making her way to #9 on the list. Regardless of placement, falling on this list is major and it’s great to see these women recognized for doing their thing…Although I’m sure many will come to challenge that whole “self-made” term. Thoughts? Peep the FULL list here.