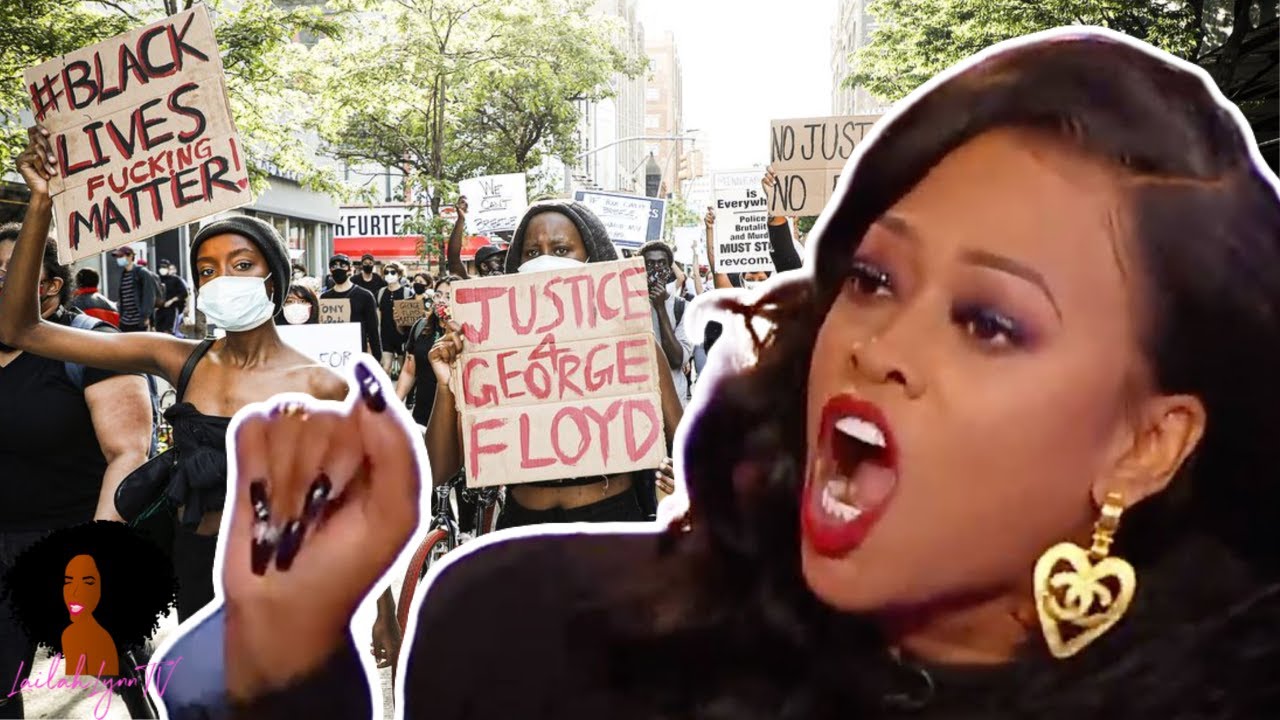 Lord, Khia is going to have a field day with this one. Trina is being dragged for referring to protestors as “animals” during her radio show with Trick Daddy.

Trina is on the wrong side of the protests, referring to the people fighting for basic human rights for people of color as “animals” on her radio show with Trick Daddy.

The Love & Hip Hop star has been on the airwaves for several months after announcing that she and her longtime collaborator Trick Daddy would be starting their own radio show. Well, it looks like a lot of people will stop supporting her after she made comments that did not sit well with Black Twitter or anybody that cares about the protests happening this week.

Discussing the current protests, Trina allegedly suggested that the curfews be started earlier in Atlanta so that stores owned by her friends could be protected. She also reportedly referred to the protestors as “animals.” That statement got everybody up in arms.

“What trina said was indefensible. i’m not even gonna try to make sense of it, she can go,” said a former fan. Others brought up the racist incident that she faced several months ago, being called the n-word by a white woman at a Walmart.

The infamous “Baddest Bitch” is facing tons of backlash on social media but, regardless, she does not appear to be bothered. She fired back with a couple messages of her own this morning.

“Some of y’all are plain fuckN ignorant and nothing nobody do will help period,” she wrote on Twitter. “I’m at work and I’m muthafuckn ready.” Take a look/listen at what she had to say followed by many of the reactions below. What are your thoughts on all of this?

#Trina done after this? Or done done? ⤵️

Some of y’all are plain fuckN ignorant and nothing nobody do will help period.

what trina said was indefensible. i’m not even gonna try to make sense of it, she can go. pic.twitter.com/NiuJhylAe5

Trina called people on the streets every night risking their bodies animals and said she isn’t scared of the police when she gets pulled over because she has a license and registration. pic.twitter.com/aKBIGeGPdO

Trina: I have a valid drivers license, insurance, and registration!

To refer to your own as "animals" is so despicable. Thank you for the memories, Trina, but good riddance to you and Black celebrities like you. Y'all are failing us.

Trina: “I have my license and registration! I know my rights”