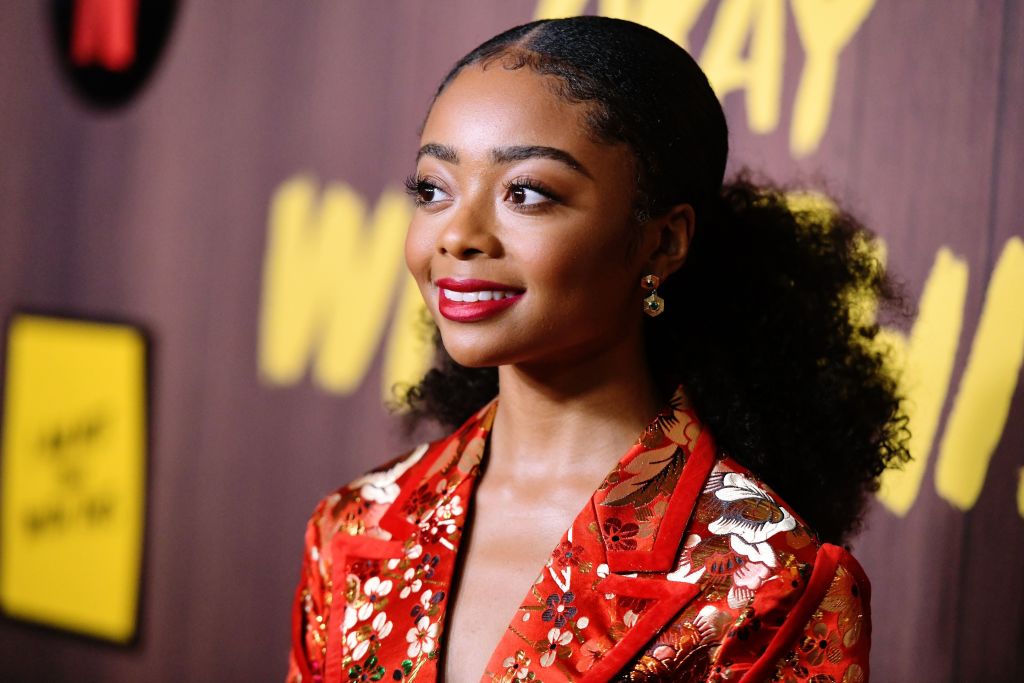 Teen actress Skai Jackson took to Twitter to share screenshots of men who have attempted to hit on her with private messages.

Seventeen-year-old Skai Jackson is fed up with grown men sliding into her DMs. The inevitable DM flirtation attempt is something that social media users have or will experience at one time or another. Skai reached her breaking point on Friday (March 13) and decided to air out those pesky, inappropriate DMs from men who have no business in her inbox.

“I’m just gonna start exposing these grown men cause I’m sick and tired😩,” Skai lamented on Twitter. Then, she shared a screenshot of a brief exchange. “Your mine,” one man wrote with heart emojis. “You’re going to jail,” she replied with the same emojis.” In the caption of the screenshot, Skai added, “What I deal with in my DM all day😭 he has a whole fiancé ? JAIL.” She also added a photo of the man hugged up with his lady friend.

Another guy told her, “Sh*t crazy been crushing and liking on you I’ll eat ya whole boty up lil lady.” One of the men attempted to recover and claimed he only sent her a message because she was one of his favorite actors, but she wasn’t having it. Check out a few messages below.

What I deal with in my DM all day😭 he has a whole fiancé ? JAIL pic.twitter.com/o8VR7MRoqA