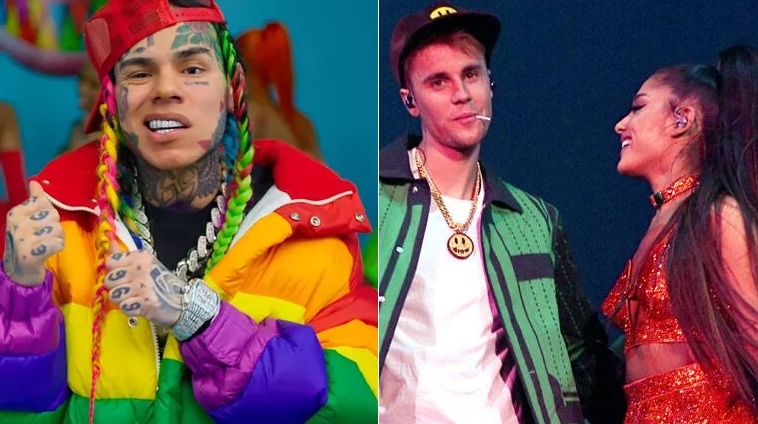 Tekashi 6ix9ine sends a message to Billboard as “GOOBA” challenges Justin Bieber and Ariana Grande’s collab for number one.

Tekashi 6ix9ine made his grand return last week with the release of “GOOBA” — his first single since his release from prison. Nothing has really changed with ol’ 6ix9ine. He’s trolling and antagonizing his doubters while finding new ways to manipulate narratives to fit his own agenda. It’s been working, though, and no one can really take that away from him.

Prior to his incarceration, 6ix9ine was big on numbers. Regardless of what any of his doubters said, his go-to argument was his Billboard placements, plaques, and YouTube numbers. Clearly, that is another thing that hasn’t changed about him since he’s currently fighting to beat Justin Bieber and Ariana Grande’s collaboration for the top spot on the Hot 100. However, given that DUMMY BOY fell short of the top spot on the Billboard 200 due to a miscount of sales, 6ix9ine took to Instagram to send Billboard a message.

“@billboard We’re watching this very closely,” he wrote. “The world is watching very closely, we love you and always supported the charting. On every platform we are dominating by a LANDSLIDE. The numbers are there and to be looked at. WITH NO RADIO WE ARE DOMINATING THE STREAMS. I will hate to believe that people pay for their spins on the radio and making manipulating bundles to manipulate the chart. Again it’s still early Im just making it clear that the world is watching.” 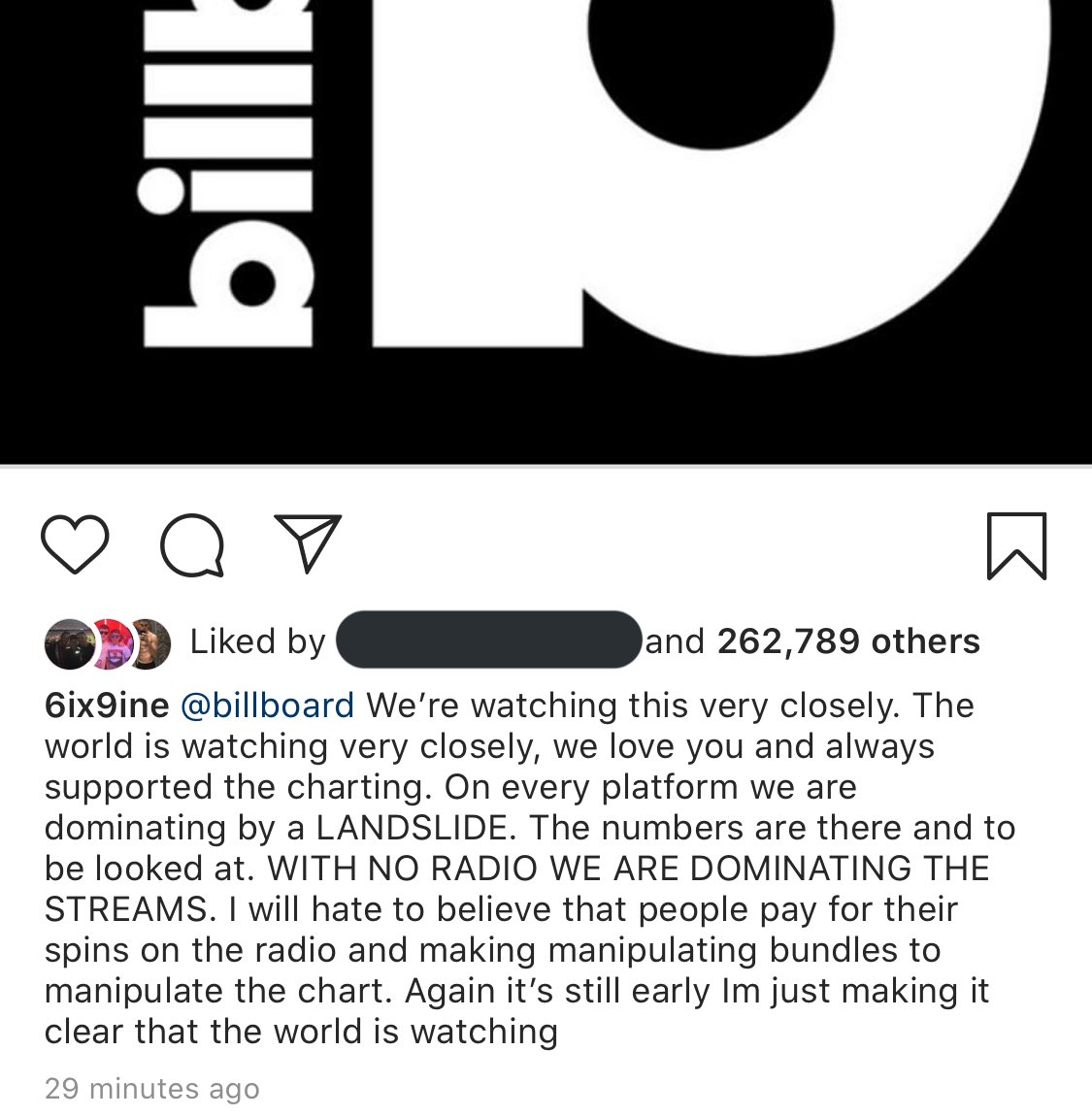