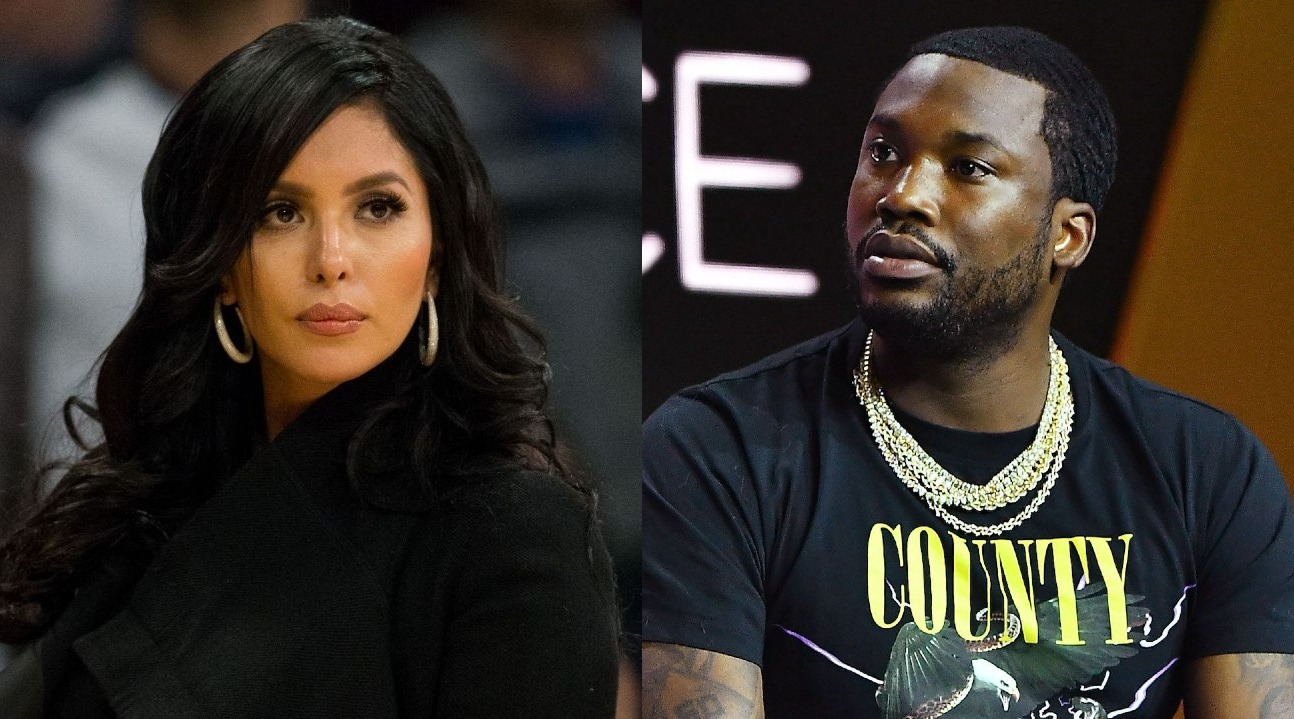 Chile, it’s only Tuesday and Meek Mill is having one hell of a week.

Twitter has proven time and time again to be the best platform for real-time reactions (and draggings) to the hottest topics in pop culture. In case you’ve missed it, last week we told you how Meek Mill has once against become the subject of intense scrutiny on the platform for a poorly executed lyric about Kobe Bryant in a leaked snippet of a collaboration with Lil Baby. “And if I ever lack I’m going out with my choppa it be another Kobe / Sh*t I can tell they ain’t never know me,” rapped Meek on the track, which earned him major backlash for its insensitivity.

The backlash heightened when Kobe’s widow Vanessa Bryant checked the Philadelphia rapper yesterday (February 22) in an Instagram story post where she referred to the lyric as “disrespectful.” Social media users chimed in once again, with many pointing out that he may have gone too far this time.

One user penned, “Vanessa Bryant told Meek “I’m not familiar with any of your music” This a terrible two weeks for Meek.” Earlier in the month, Meek Mill and 6ix9ine almost got into a scuffle outside of a club that both parties recorded. Another user joked, “Ion think Meek will ever recover from that Kobe reference lmao he was already on thin ice from the fries on his lap in a pool.”

Some expressed disbelief that Vanessa added she didn’t know a single song by Meek in her call-out post. As many Twitter users pointed out, Meek may have to do some major damage control if he hopes to ever fully recover from this controversy as far as some are concerned. However, after Vanessa’s very public callout, Meek did take to Twitter to clarify that he has reached out to her privately since to apologize:

“I apologized to her in private earlier today not to the public…Nothing I say on my page directed to a internet viral moment or the family of a grieving woman! If you care about someone grieving change the subject!”

I apologized to her in private earlier today not to the public…Nothing I say on my page directed to a internet viral moment or the family of a grieving woman! If you care about someone grieving change the subject!

Check out some more reactions to Vanessa’s call-out post below. Do you think this continued dragging was necessary or are folks overreacting?

Meek Mill be doing positive shit in real life but be sabotaging himself on the internet forreal .

Vanessa Bryant said to Meek mill “ I’m not familiar with your music but pic.twitter.com/SgVpGugF4y

Vanessa Bryant when asked who Meek Mill was: pic.twitter.com/gwZTpNpsLC

Vanessa Bryant told Meek Mill “I am not a familiar with any of your music, but I believe you can do better than this.” regarding that Kobe lyric and that sentence is so perfectly worded.

AND IF VANESSA BRYANT ISN’T FAMILIAR WITH MEEK MILL’S MUSIC THAN NEITHER AM I pic.twitter.com/EPl6ZN9oJ3