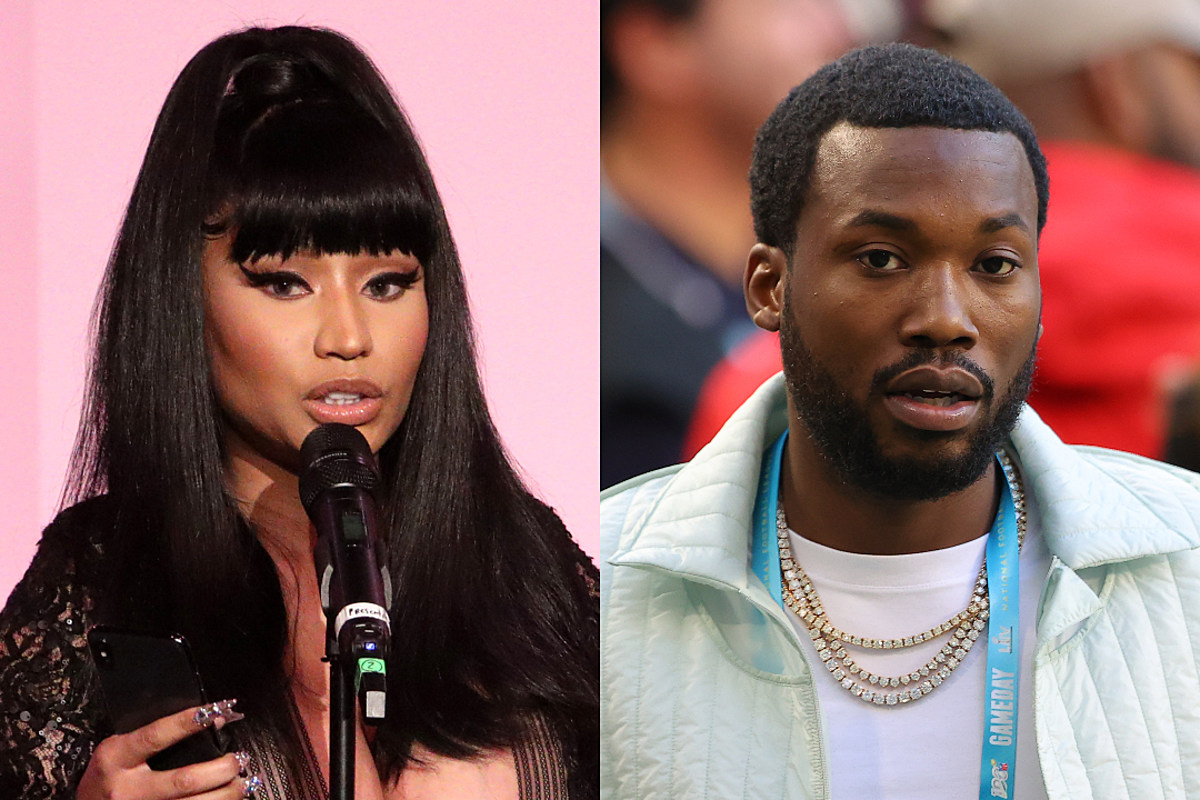 Things sure are getting spicy on what otherwise was a calm Wednesday afternoon.

Nicki Minaj and Meek Mill may have once been dubbed “relationship goals” (did anyone ever label them that?) but these days, it seems like the former lovers will never make peace with one another. The two of them have been frequent points of discussion in their interviews since they dated but it was only recently that they ran into each other. Unfortunately, it appears that their encounter opened up a healing wound.

After Meek liked a photo comparing Nicki’s husband Kenneth Petty to a Jimmy Jazz store mannequin (because that’s exactly what he looks like), Nicki scrounged up a few photos of Meek’s worst fits and blasted him online. Not only that, but she brought up allegations that he abused her. “You a clown. U do IT for likes. #TwitterFingers beat women, scared of men,” she wrote on IG. She tweeted a photo in his all-Gucci attire, writing, “Trigger fingers turn to #TwitterFingers bad built face ass obsessed with the Queen.”

“N***a been tweeting bout my man for a year now. Talking bout he went to my page to see him but he was blocked. My n***a, move on. I know ya btch embarrassed. Shitted yaself in that store when u got pressed tho,” she tweeted.

Meek has since replied to her allegations with some pretty damaging info of his own. “The only way you can try to kill my career is to say I beat women … talk about ya brother convicted of rape and you been knew and paid for his lawyer … ya little brother touched that lil girl too! You know I know … you want me to crash with ya boyfriend and I won’t,” before continuing “You sad you willing to crash your man because you losing now and everybody in the industry know you a bad person! You been knew your brother was raping that little girl that’s why I got away from you!” These claims aren’t entirely surprising as it has long been rumored that Minaj covered court costs and even bail at one point for her brother Jelani Maraj who was recently sentenced to 25 years to life for sexually abusing his minor step daughter. What also makes this even weirder and disturbing is that Minaj’s husband is also a registered sex offender who was previously convicted of raping a young girl at knife point.

Surrounded by rapist talking what? stop playing you picked a great time to be saying I ever put my hands on you … you full of hate and the whole industry know you full of hate… and ya bag getting low so you wanna destroy me

I can’t believe y’all industry people let these people survive this long in the game knowing they really nasty people and have a nasty upbringing… Everybody really know what’s going on! I’m powerful I’m never scared to speak up!

Imagine talking about an alleged rape of a child to hurt someone who wasn’t involved just so ppl can dislike me. You can never stand on your own. You won’t tell ppl the mother is on tape asking me for $20 million to make the charge go away tho. U was around. U know. See u soon