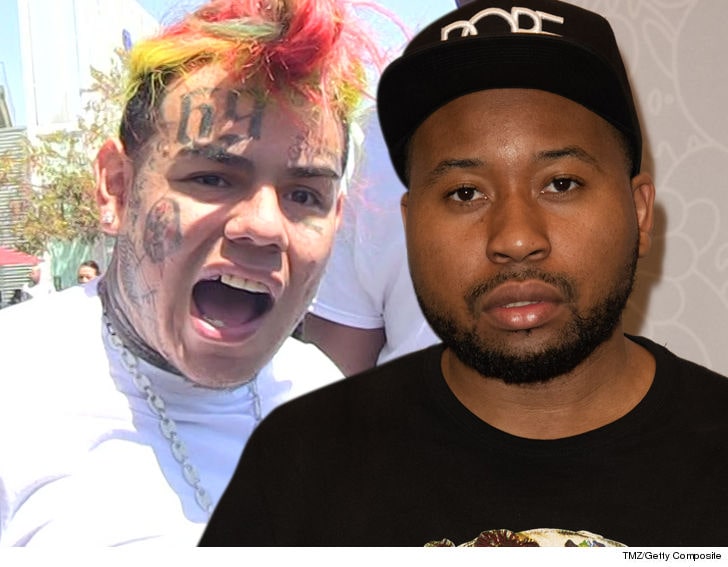 Perhaps he just spilled on how the hell Tekashi keeps getting financed to scream on records. DJ Akademiks doesn’t name any names, but he says there are male rappers having sex with record label executives to further their careers. Yeah…duh, right?

DJ Akademiks is bringing awareness to a practice in the entertainment industry that few would really be surprised about. The exchange of sexual favors for career advancement is messed up, but it’s still happening in the music industry according to DJ Akademiks. In fact, it’s allegedly affecting people that not many would expect.

The hip-hop media personality made some claims during a recent stream with his followers, telling them that he’s been made aware of several male rappers that are sleeping with music executives in order to gain favor at the record label. Refusing to name any names, Ak said, “I don’t even think I really believe all this stuff but I’ma just say this– in the land of Hollyweird, don’t ever think none of this sh*t is too weird for you. There’s a couple of executives that I’ve been hearing are f*cking the male rappers, and they’re male too. And I’ve been saying, ‘how come you keep s*cking these n***as off and nobody talks about it!?’ But because I don’t want to get randomly killed, I won’t mention them n***as names either.”

Akademiks says he’s heard the same story multiple times about a few different executives, and since he’s afraid to reveal names, the people must be pretty high-ranking.

I’m not sure how many folks are really surprised by this statement. I think the question here is more so why AK decided to even bring it up only to say he wasn’t going to speak on it? Which of your fave rappers do you think are out here slinging meat and serving booch for deals?