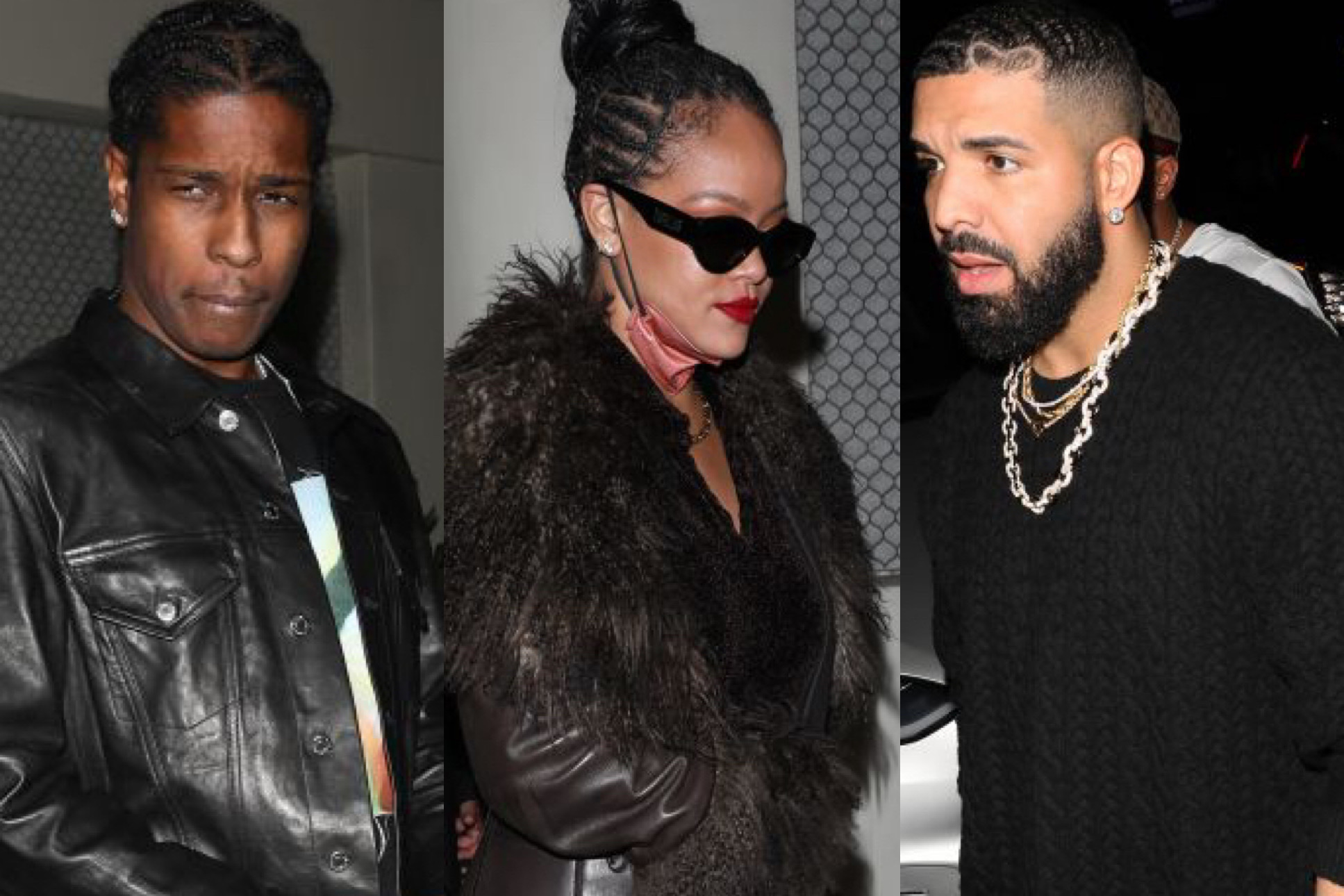 Three’s company, too! Drake was friendly with Rihanna and A$AP Rocky as they partied together in West Hollywood.

The world is slowly returning back to normal as vaccine distribution continues to be effective in the United States. Music festivals have started to announce their performers for this summer and we’re all excited to be back out among friends in the coming months. While this pandemic may not fully be in the rearview mirror, Drake has been acting as though the virus is nonexistent, partying it up in the last week with numerous club appearances in Los Angeles.

Over the weekend many reported about his b night out with Chris Brown, Tyga, Kylie and Kendall Jenner, Machine Gun Kelly, Megan Fox, and others. Last night, Drake was back out on the town and he ended up partying with Rihanna, his ex-girlfriend, along with her current boyfriend A$AP Rocky at Delilah. Ain’t that something?

According to E! News, Drake, Rihanna, and A$AP Rocky were all at the popular hangout spot until the wee hours of the morning on Monday night. Rih and Flacko were reportedly invited personally by Drake, who was hosting some of his friends in the restaurant’s backroom. The publication notes that when they were leaving, A$AP Rocky had a visible red lipstick mark on his cheek. E! also states that Drake “approves” of Rocky as Rihanna’s lover despite their previous romantic history.

“Rihanna and A$AP arrived around midnight and stayed for several hours into the night,” said an insider source to the publication. “They were going back and forth between the main dining room and private room and were laughing with Drake and having drinks with him. There were bottles of 1942 everywhere and everyone was taking shots and having a great time.” Rocky reportedly left in the same car as Rihanna.

Drake is presently working on his upcoming studio album Certified Lover Boy, which is rumored for a release in the coming weeks. A$AP Rocky is featured heavily on BROCKHAMPTON’s new album, which came out last week. Rihanna is also rumored to be releasing new music soon, teasing that much via her social media channels.

What do you think of A$AP Rocky and Rihanna partying with Rih’s ex Drake? Is that awkward or would you be able to coexist with your boo’s ex with no drama? It was E! noting that Drake “approves” for me, I’m sure Rih does not care.