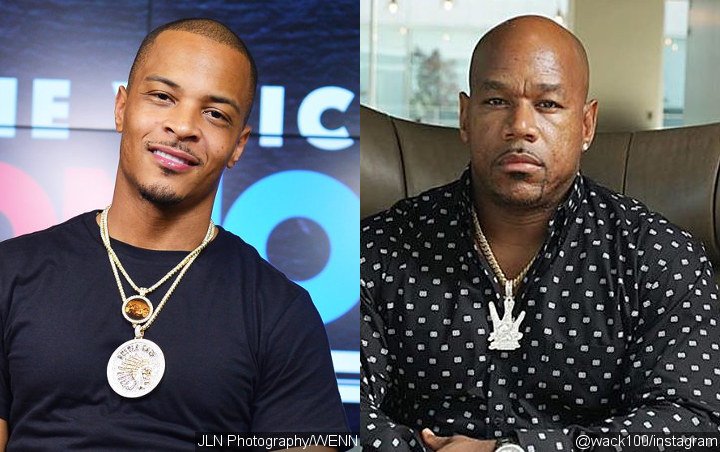 Did I ever tell y’all about the time Tip pulled up on me in my DM’s over something harmless? Well, that’s a different story but I say that to give context on how quickly this may escalate if Wack 100 keeps at it.

T.I. and Tiny have been engulfed in sexual abuse allegations. In January, a woman came forward accusing the couple of drugging and sexually abusing young women, some under the legal age, before more women emerged with even more stories. Both T.I. and Tiny issued a statement through their lawyer “empathetically deny” these “egregiously appalling allegations.” Still, Lisa Bloom has recruited several accusers so far who plan on taking the couple to court.

A criminal investigation into the matters hasn’t been launched. However, over the weekend, a lawyer representing eleven accusers filed a letter to state attorney generals of California and Georgia demanding the matter be looked into. “These individual claims paint eerily consistent allegations of women prior to or upon immediately entering T&T’s home, hotel, or tour bus were coerced by Tiny to ingest drugs or unknowingly administered drugs to impair the victims’ ability to consent to subsequent vile sexual acts,” attorney Tyrone A. Blackburn stated in a release.

The allegations continue to mount against T.I. and Tiny who are now being put on blast by Wack 100. The California music executive took to Instagram today following Blackburn’s request for an investigation where he claimed the community needs to be aware of these claims. He shared a screenshot of the New York Times report before urging his fans to read the article for themselves. “I don’t give a fuck maybe I’m the last one left friend family homeboy it don’t matter when foul shit going on the community needs to know so they can PROTECT the community,” Wack wrote in the caption.

“I didn’t commit the acts or write up the article but the STREETS , the INDUSTRY the WORLD needs to fuck know. N***a drug my daughter he got led poisoning coming believe that,” he continued, accusing T.I of being “Bill Cosby & R Kelly All In One,” as the hashtags suggest.

What’s interesting is Wack stood by his client The Game after he was accused of sexual assault by a contestant on his reality show so he should be well aware of how quickly things like this can spread. Check the post out below and let us know your thoughts. Do you believe these allegations against Tip and Tiny?